Nah Today?– Davido reacts to his colleagues failing to celebrate his 10th Anniversary
Posted by 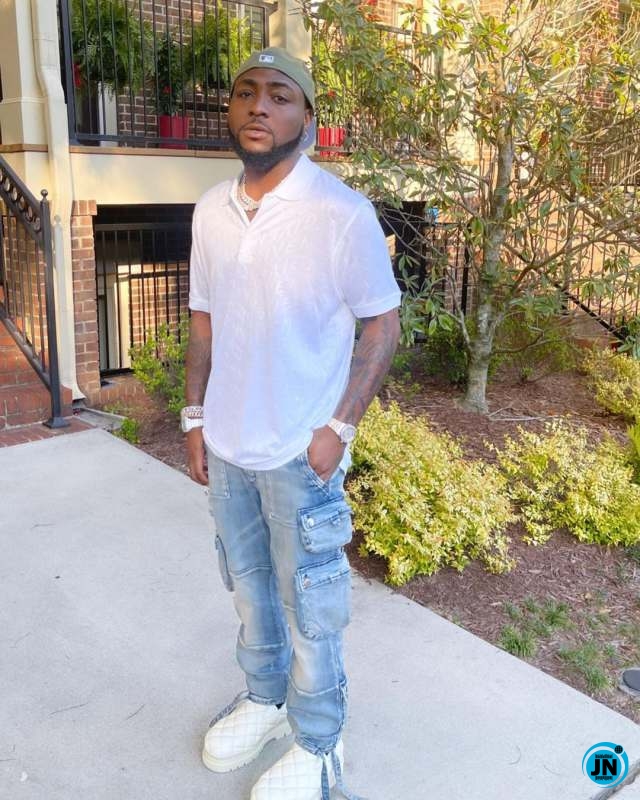 Nigeria music star, Davido has shared his thoughts on the attitude he’s receiving from his colleagues in the music industry as he celebrates his tenth anniversary

Davido has been in the news for the past few days with the ‘Assurance’ crooner celebrating his tenth year of dishing out hit tracks and albums.

He has been showering accolades on some artists who played a part in his career while some artists have also been showing him love on and off social media.

However, Davido is sceptical of some big names who have failed to recognize him on the new milestone he has attained in the music industry.

Reacting to a post that raised the issue on his official Twitter account, Davido noted that he’s not surprised as this is not the first time such a thing will be happening.

See his reaction below: 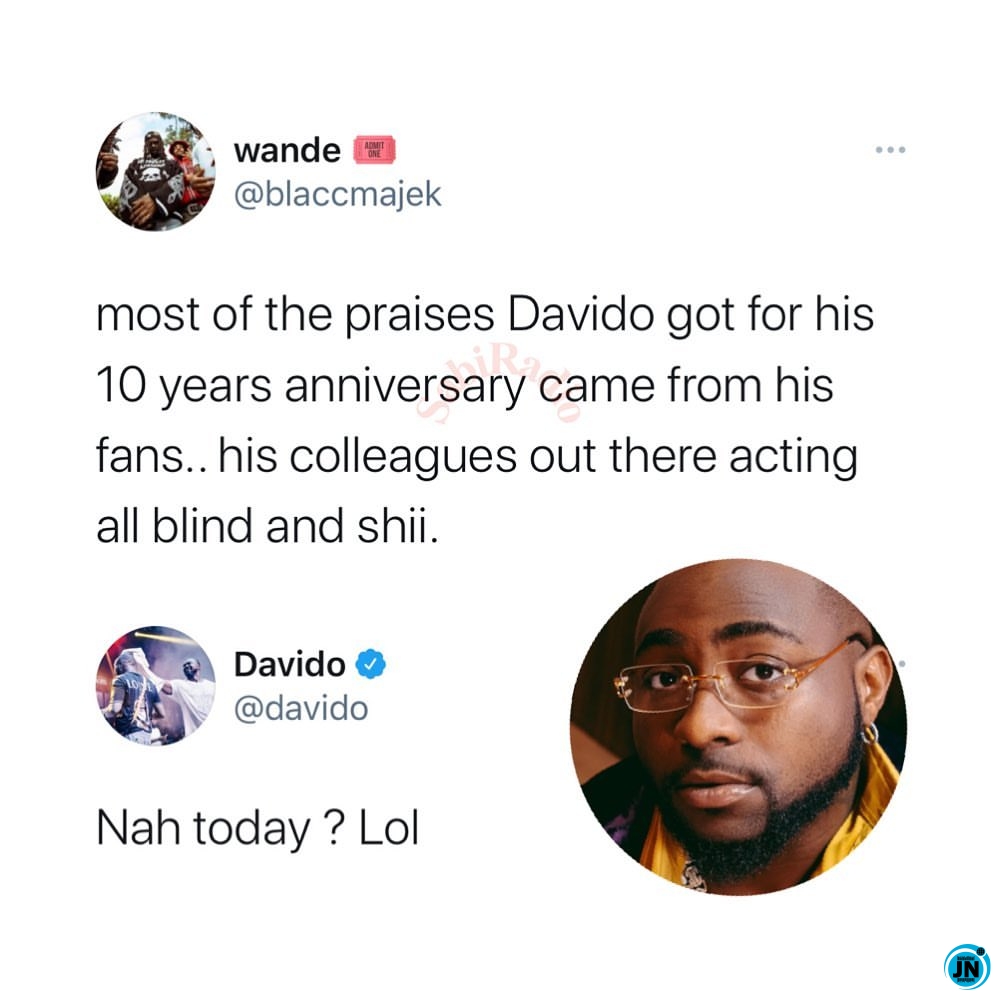