Following his tweet about love, Ric Hassani, a Nigerian singer and composer, has issued a warning to his brother and colleague, Peruzzi. 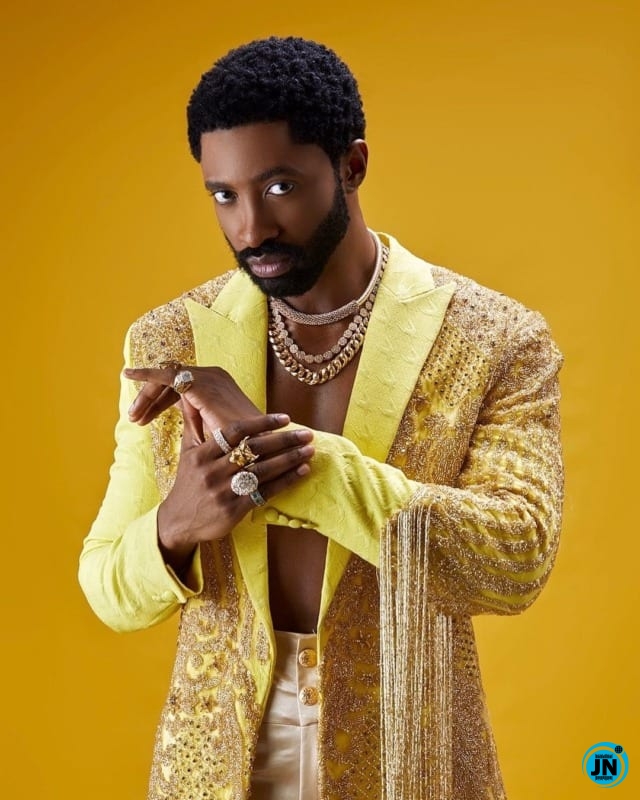 Peruzzi said this morning that he has fallen in love for the first time after a string of heartbreaks. “I don fall in love again,” he wrote cynically. Smh”.

Ric Hassani, the singer of "Thunder Fire You," reacted by telling his companion to get rid of such notions from his mind. He believes that falling in love is a horrible idea and that it is clearly a set-up. He persuaded Peruzzi to depart the 'love zone' gently for his own good. 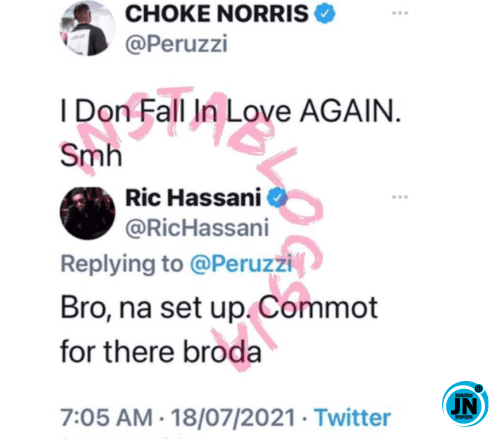 Ric Hasani’s tweet came as a surprise to tweeps aware of his efforts to get Actress Jemina’s attention.

Burna Boy apologizes, after being called out for his tweets about Oyigbo being under attack
#BBNaija: See How Nigerians Voted Out Tolanbaj, Brighto & Wathoni
I Love South Africa – Burna Boy Declares Ahead Of His Performance In The Country
Tribal mark model, Adetutu calls out married man who wants to sleep with her for N500K