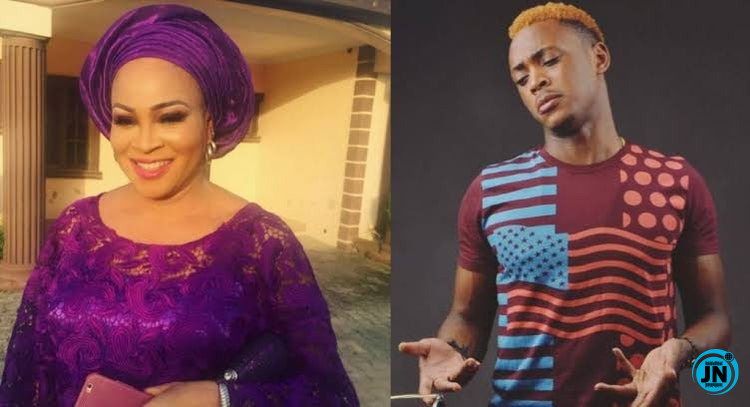 During his interview with Segun Adebayo, the second son of the actress was asked why he is considerd to be one of the most underrated acts in Nigeria.

[i]“I think people are right to imagine that, so I would easily say they have every reason to think like that. But personally, I think it stemmed from the pressure to succeed my mother, who is an actress. So people just expect more from me”, he responded.[/i]

See excerpts from the interview below:


Don’t you think the pressure of being the son of Bukky Wright is weighing you down?

Well, you are right because it definitely affected my breakthrough a bit. As I said, people just expect more from me than the average person. But it isn’t weighing me down. I relish the challenge of being who I am and the position I have been put in.

At a point, it appeared you wanted to ride on the back of your mum’s success as a celebrated thespian.

I was never trying to ride anyone’s back. I am the son of Bukky Wright. People are always going to say this or that about me and I just had to learn to deal with it. I can’t hide who I am, especially if you have a parent as famous as mine. However, life has been good, I have been working on more music and movies.

One would expect that being the son of a celebrity would help your career and take you a step ahead of others. How much influence did her status have on your music career?

It has a decent amount of influence on my career. But again, it has its high and low moments, being famous before actually becoming famous can mess with your head. But I am sure at the end of the day, my last name will still work for me.

Nobody should compare me to any rubbish again – Timaya blows hot after he was compared to Duncan Mighty
“Material things are not worth dying for” – Gospel singer, Frank Edwards reveals he gave out his only 2 cars
‘Hunger Is Deadlier Than Coronavirus’ – BBNaija's Tacha Reacts Over Stay At Home Order
“Your husband’s side chicks are helping your marriage, be nice” – Lady to married women (Video)