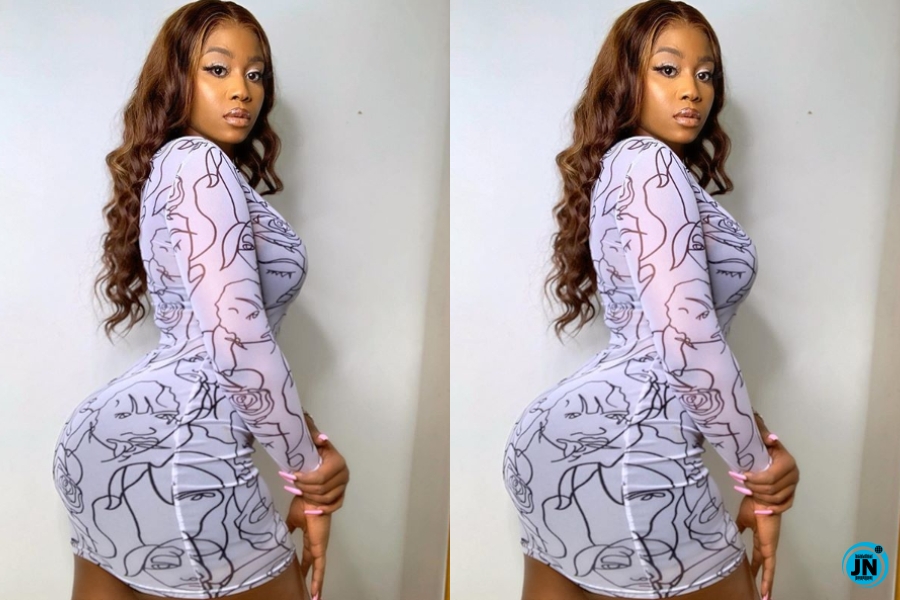 Popular Nollywood actress, Lilian Afegbai has taken to social media to cry out after her mother, Mrs Carol Afegbai, a former DPO was accused of killing a man.

Mrs Carol Afegbai was accused of killing one Momodu after branding him a robber.

However, Lilian took to her verified Instagram page to debunk the news and provide proof that the person who murdered Momodu is Amadin Idahosa, a police officer attached to her mother’s station.

According to Lilian Afegbai, he has been sentenced to life in prison and is currently serving his sentence.

“My spirit will not be dampened by the death threats and cyber bullying.

I am a Nigerian youth and we deserve a better Nigeria and I will continually fight until it is fixed.

As per my mother being dragged for murder, to the best of my knowledge my mother who is now retired did not kill anyone.

The police officer (AMADIN IDAHOSA) that was attached to my mother’s station who killed the suspect was sentenced to life imprisonment by Justice R. Irele-Ifijeh of the High Court of Justice, Edo State in Charge No: B/CD/24C/2014.

He is currently serving his jail term at the Oko Prison, Benin, although he has appealed the matter up to the Supreme Court.

My spirit will never be broken. I will fight for justice and against the system that have put all of us into this mess.”

See sentence by the judge below: 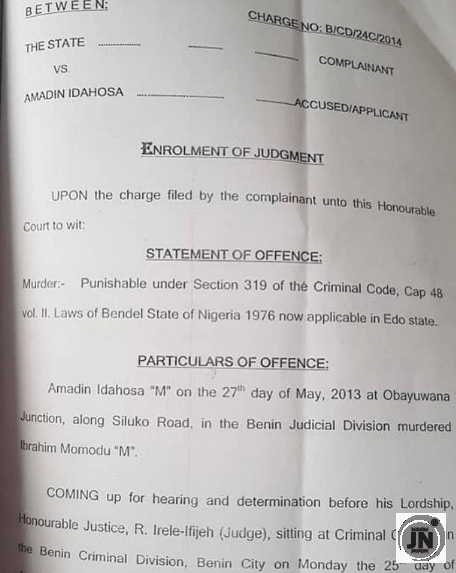 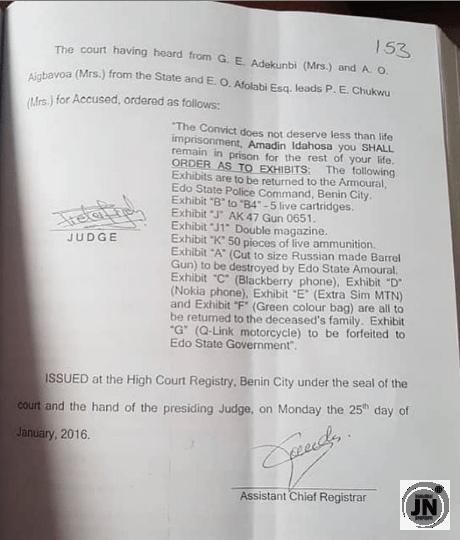 Man shares sad story of how his brother was killed by SARS officers in 2018
Borno killings: I could not have said victims deserved their fate — Garba Shehu
5 Nigerian Celebrities Who Killed People In Real Life
Police woman shoots husband, injures daughter and finally kills herself

Mavin Boss Don Jazzy, Is Producing Rema’s Next Single (Do You Think This Will Be A Banger?)