“My heart aches so bad, I’ll hate myself for a long time” – Tonto Dikeh recounts sad experience
Posted by 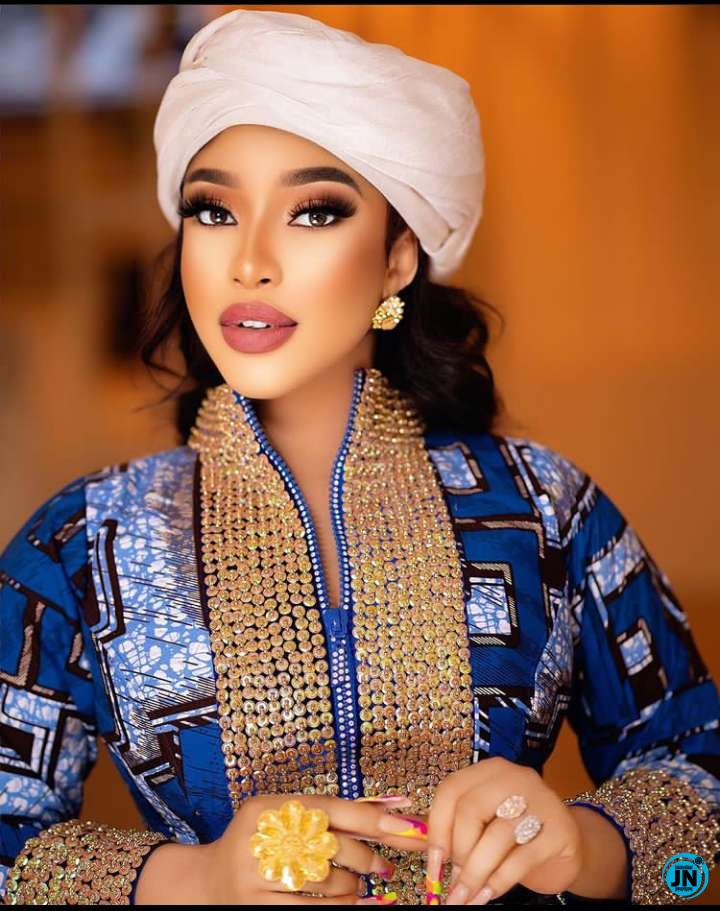 Nollywood actress, Tonto Dikeh has partly blamed herself for the death of a woman’s son who died after seeking medical assistance from her.

Recounting the sad experience, the mother of one also blamed one of her female fans who scammed her out of N370k under the pretense that she needed help.

According to her, after giving her the money, she decided to check up on her a week later only to find out that the account has been deleted.

Tonto Dikeh admitted that she felt used and taken for granted but she just had to move on.

However, some days back, a lady sent a similar message to her begging for assistance to foot the medical bills of her sick son.

Owing to the previous experience, Tonto said she deleted and ignored the message only for her to open her message box recently to see that the woman messaged her about her son’s death.

“Few weeks ago I helped out a random fan with almost half a million naira (370k) cause they had mad challenges and she showed a baby and all, one week later I just wanted to check on them. BOOM the account have been deleted, I took with good faith.

“I was so pissed, I felt used and taken for granted but I moved on..

“FF to 2days ago, I saw similar message, seeking for medical assistance. The way I deleted and ignored the message ehn, this mrng I opened my Dm the mother told me her son died….My eyes hurt from. My heart aches so bad..” 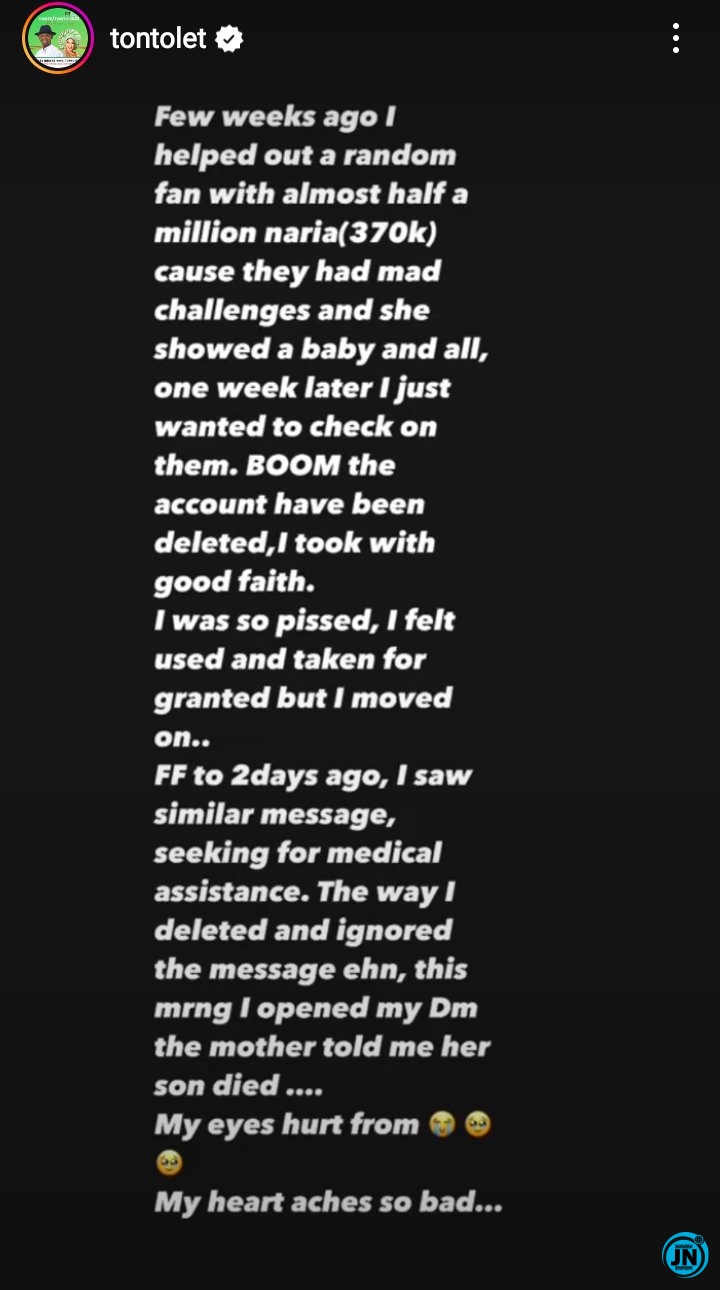 “My heart aches so bad, I’ll hate myself for a long time” – Tonto Dikeh recounts sad experience
My Forthcoming Album “A Better Time” Was Recorded in 14 Days – Davido Reveals