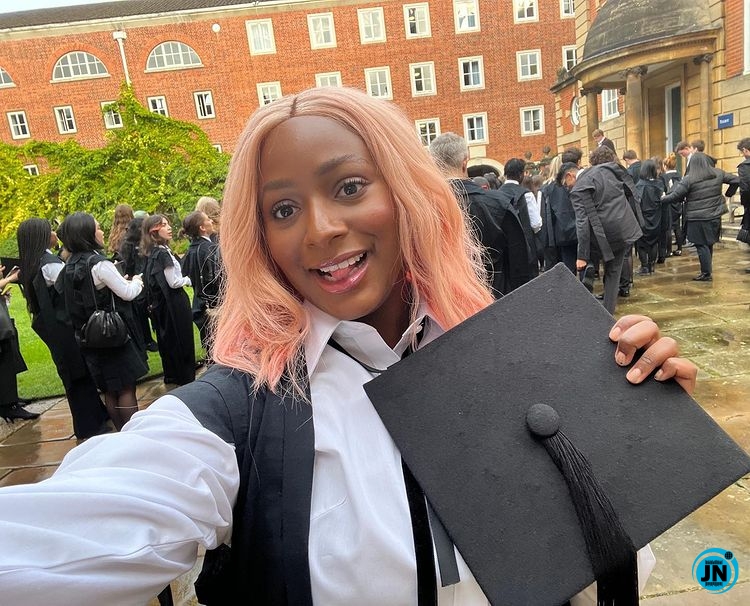 Celebrity disc jockey, Otedola Ifeoluwa, better known as DJ Cuppy rejoices as she officially becomes a student of the Oxford University in the UK.

It would be recalled that the billionaire’s daughter announced her admission into the prestigious institution some months ago via a video chat with her parents.

“HUGE 🤯 Matriculation Day at @Oxford_Uni 🎓🪄 This ceremony confers my membership as a student! Worked my ass off to get in and it’s paid off!” she wrote. 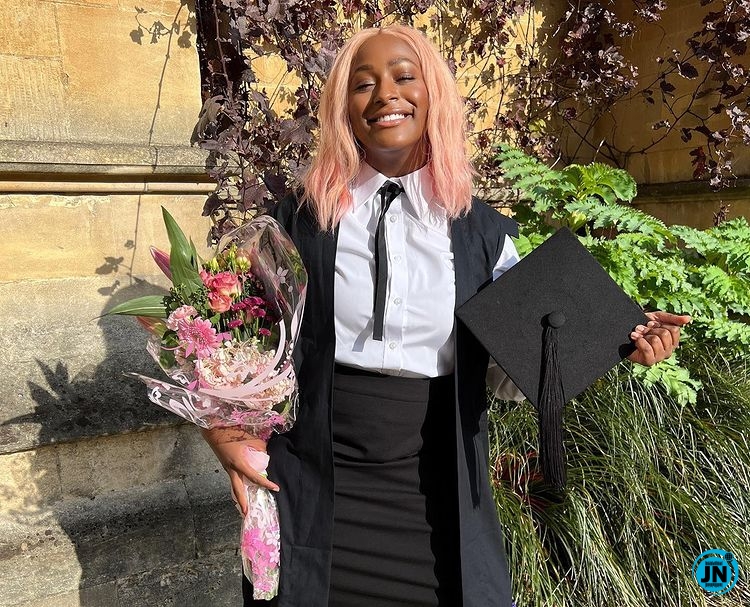