Davido, DMW CEO, has asked Adamu Garba, a former presidential candidate, to stop talking before he directs his frustration at him. 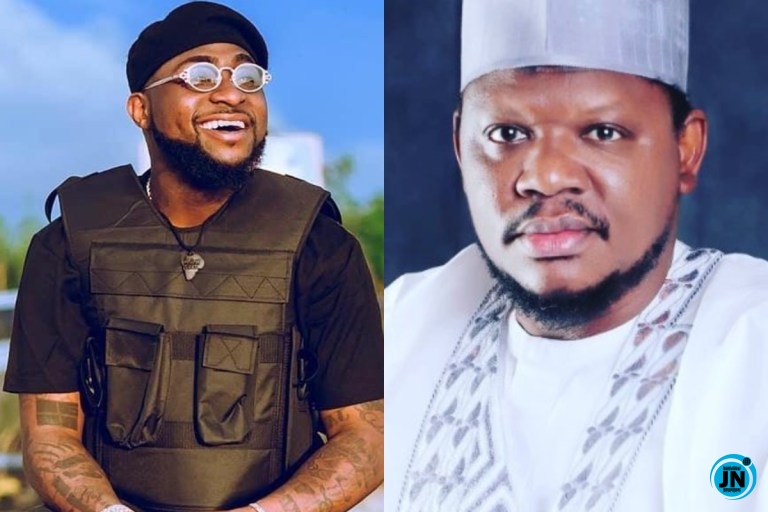 He said it after Adamu Garba's attempt to sue Twitter CEO Jack for joining the nation's ongoing # EndSARS # EndSWAT protest.

According to him, Jack has no business with the Nigerian government and therefore should stay out of it. The reactions of Adamu have been criticized on Twitter by Nigerians as some individuals have no right to attack Jack for choosing to stand for the right thing.

Davido has come to tweet as the latest celebrity to respond. He had given Adamu a reply asking him to 'FEM' (SHUT UP). 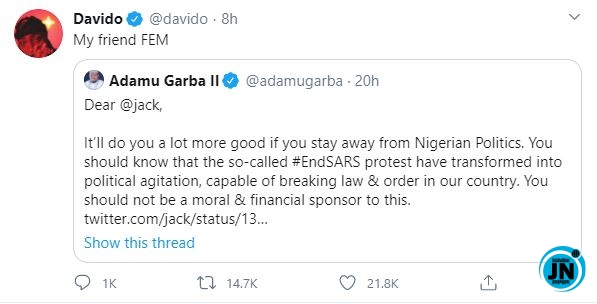 I’m Not Afraid For My Life, I Could Easily Get Killed By Something Else In Nigeria - Falz

Ceeza Milli – Based on What