Wizkid, a Nigerian singer, has opened up about how his life changed after he gave birth to his first child, Boluwatife, at the age of 21. 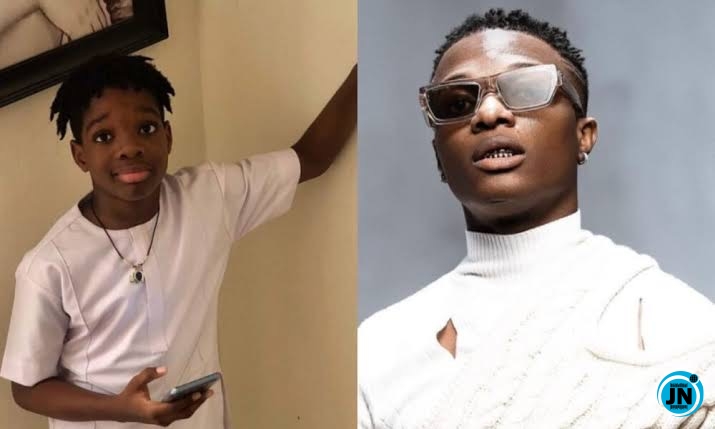 Skepta and Wizkid recently spoke with Native Magazine on Father's Day about their experiences as fathers after stepping into the role at a young age.

Big Wiz claims that his life changed for the better after he received word that he and his first baby mama, Shola, were expecting a child.

He revealed that he had to instantly stop partying, hustle harder, and mature faster in order to be the best father for Tife.

Wizkid also admitted that it wasn't easy at first, but that his children inspire him to be a better version of himself, and that's where all the blessings are.

“Tobi: From your perspective as a musician, how has fatherhood affected you, or changed the way you approach things, even creatively?

Skepta: I don’t know, it’s a game changer in so many ways but I feel like fatherhood reinforced what I already knew. You know, as Wiz is, we’re the kind of people that everyone around us is good, you know what I’m saying? If you come around us, you’re good. So, you know, when it’s your blood now, it’s just that extra special person to give your energy to. Before, I was a bit confused as to why everywhere I go, I’m “big bro.” Even people older than me would call me big bro.

Skepta: How comes I keep taking on that position? But I get that [now]. We’re just blessed with that kind of energy and we’re always going to look after people because of the way we’ve grown up; it was hard. We come from mad places, if we can give to others, we will. So with the fatherhood ting now, it’s just a blessing in the sense that at least every time I step out of my house, if I’m staying in the studio till stupid o’clock, I can look and know that it’s for someone that’s my blood.

Skepta: It makes it worth it, man. It makes all the hours worth it.

Wizkid: Facts man, yeah. He’s said it all. I had my first child when I was 21, so I kind of had to be 30 years old immediately. Fatherhood just puts everything into perspective. We’re young, we’re all moving fast in a world where you’re just trying to create your own lane. You don’t really know where everything is going to go, so when your kid comes, you realise that this is the essence of everything, you know? From the first time I got that call that I was having my first son, I changed the way I move, the way I hustled. Everything changed. That was when I actually started putting everything together. Before, I was just all over the place – with niggas, in the studio, [in] hotels – mad life. But when you get a kid, that’s the blessing, it’s just in front of you. It helps you man; it changes you and everything“.