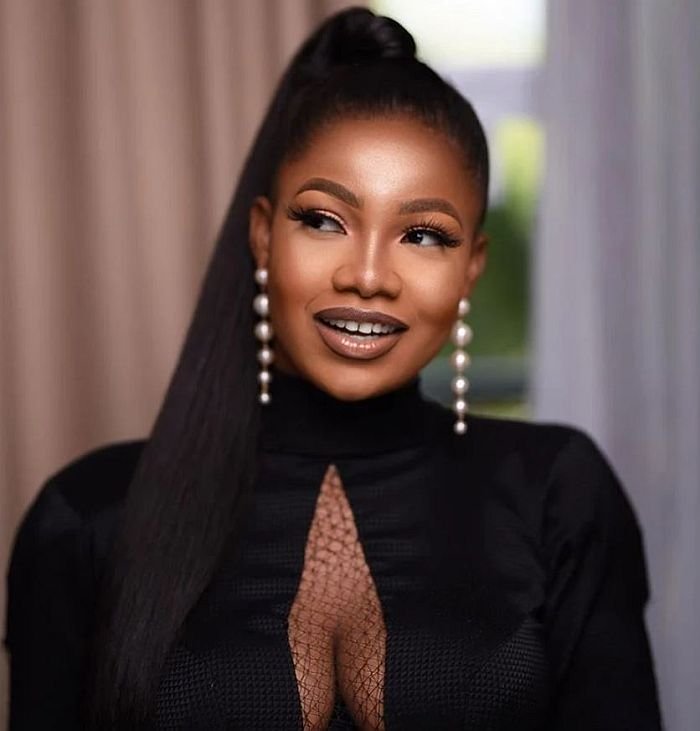 Former Brother Naija 2019 edition housemate, Natacha Akide, popularly known as Symply Tacha, has clapped back at a troll who came to troll her on Instagram post.

The reality TV star took to the social media app to share some new photos, of which she proceeded with a caption, thereby asking a question to her fans.

Responding to the question, an Instagram  user, rather a troll, came over to drop a nasty reply to Natacha's question, which reads;

Tacha didn't find that funny, as she wasted no time in firing back to the troll in the most epic way as she wrote;

See The Exchange Below: 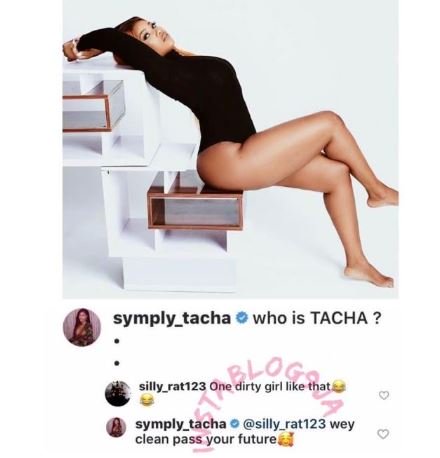