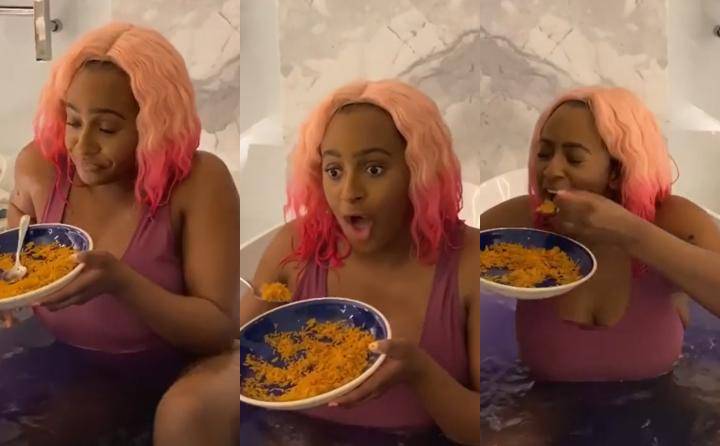 The popular disc jockey, Producer, & Philanthropist revealed through her account on popular photo and video sharing social network, Instagram that she was shooting a music video in the bathroom of her home.

The host of the ‘African Now’ radio show on Apple Music stated in her caption that she was shooting a music video for one of the songs on her soon to be released album in her bathroom.

She then went on to ask her followers about the craziest place they’ve ever eaten jollof before, because as seen in the video, DJ Cuppy was seen eating jollof in the bath thub while singing along.

You can watch the video here.

Meanwhile, different comments have popped in for the post has different followers have aired their own, while some are stating that 'money is good' as per the fact that she is cruising in the bathroom. 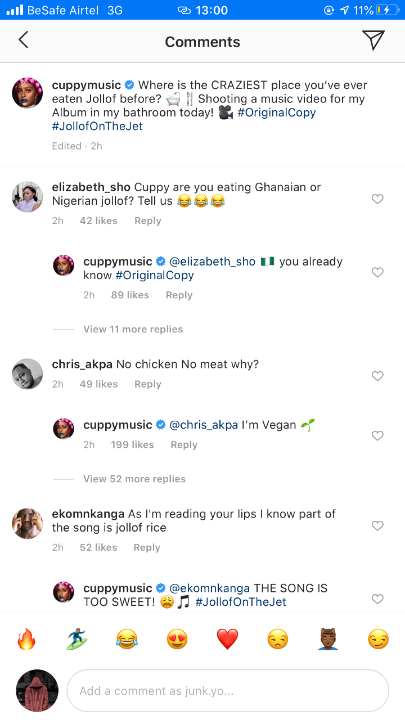 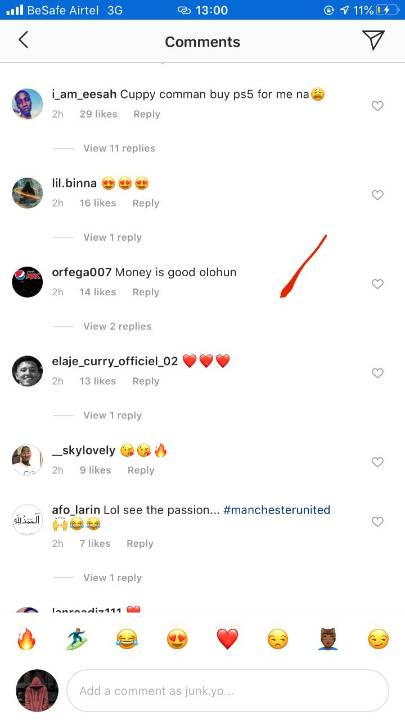 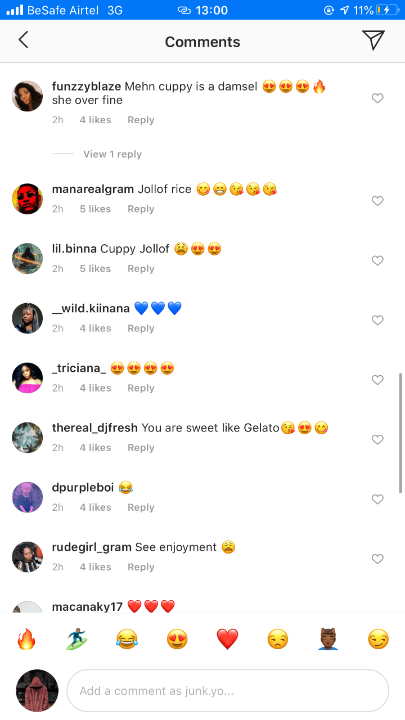 Actress Tonto Dikeh Reveals Despite Been Celibate, She Still Takes Good Care Of Her Man From The Bedroom.
“Being Good Is Not A Crime” – Yemi Alade Drags Nigerian Leaders
#BBNAIJA2020: Nigerians Hail Kiddwaya For “Being Good” After Erica's Facial Expression During The Sex Scene (VIDEO)
Tacha Shades Mercy Says ‘I Don't Do Things To Look Good In Public’ (Video)

I Would Love To Collaborate With Simi – Chiké