Fans have heaped praises on Nigerian global music star, Wizkid after it is understood he gave Bella Shmurda a huge amount of money. 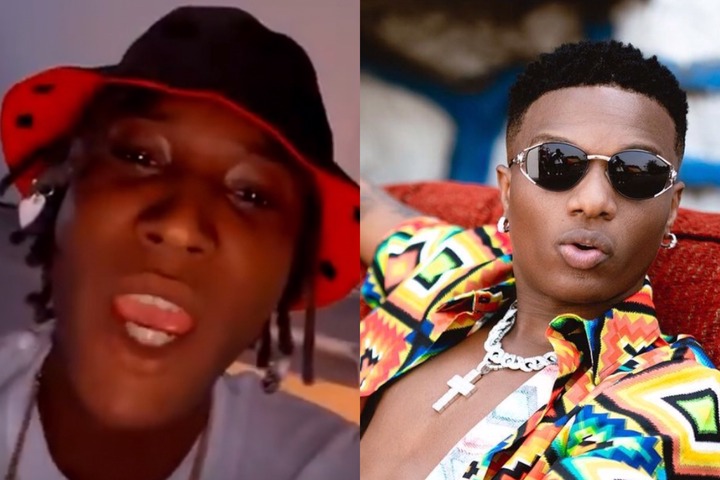 In recent videos that made its way into the social media space days ago, Wizkid and Bella Shmurda could be seen linking up and having a good time.

Then later on the duo could be seen in another video recording a new music and one of the videos birthed the new social media slang, ‘e don spoil.’

In a recent video on the Snapchat handle of Bella Shmurda, it saw Wizkid heaping praises on Wizkid after the music star, gave him a huge amount of money in dollars.

Due to what could be seen in the video, Wizkid gifted him up to 20 notes of 100 dollars.

See screenshot grabbed from the video below: 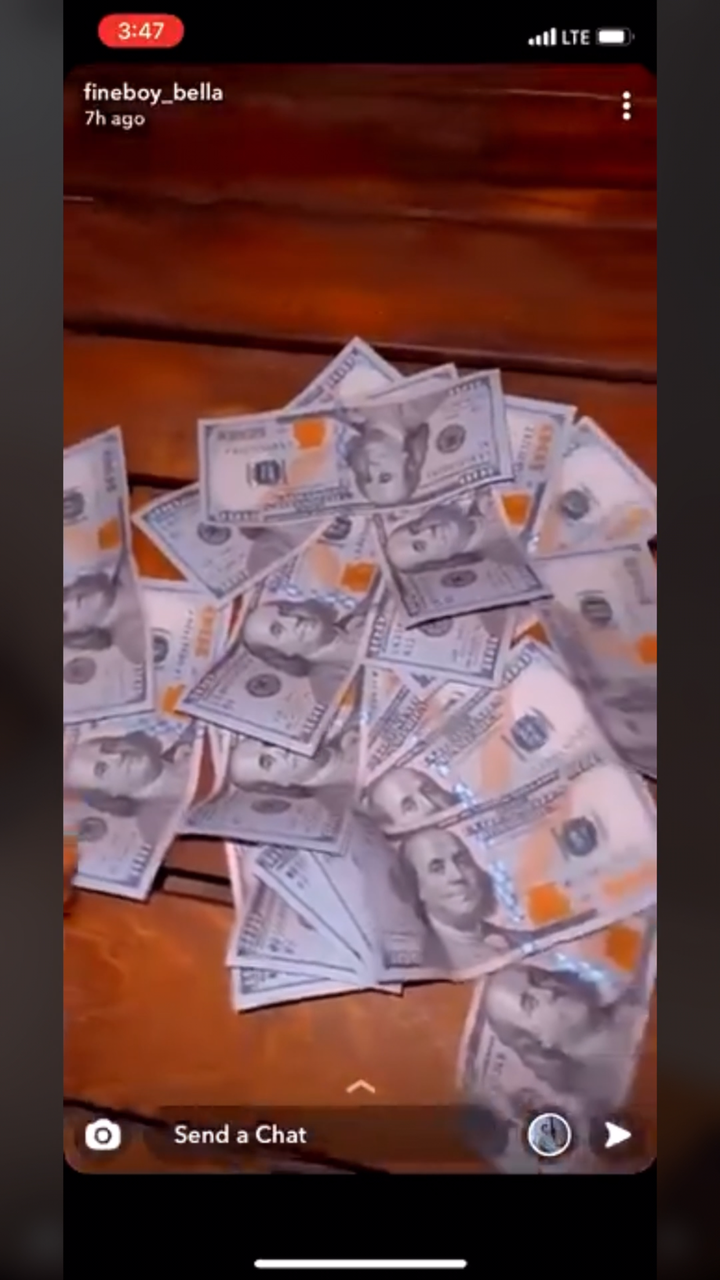 In the video, Bella Shmurda called Wizkid Mr. Balo and said in Yoruba:

This has definitely gotten reactions from social media users has they’ve stated now that at least people could know Wizkid is not stingy. 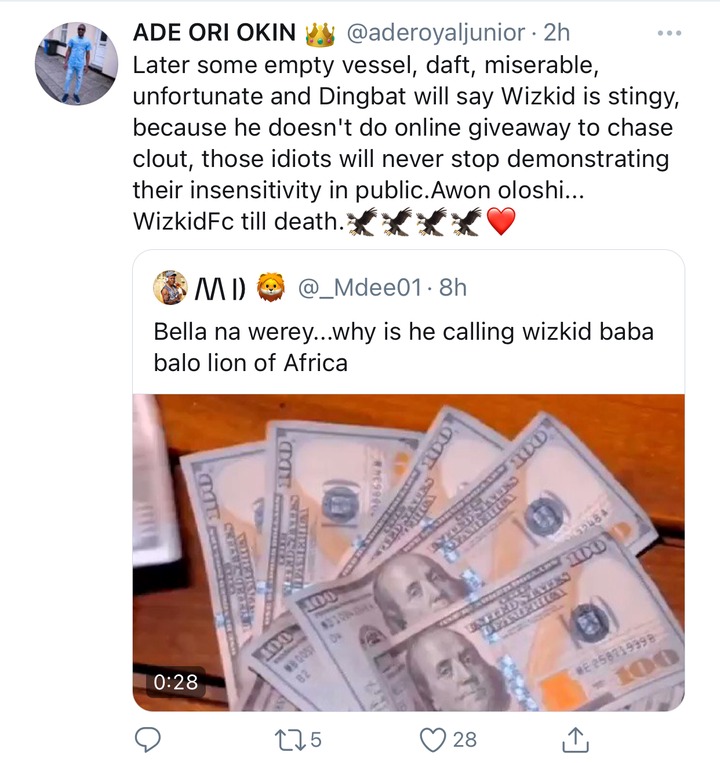 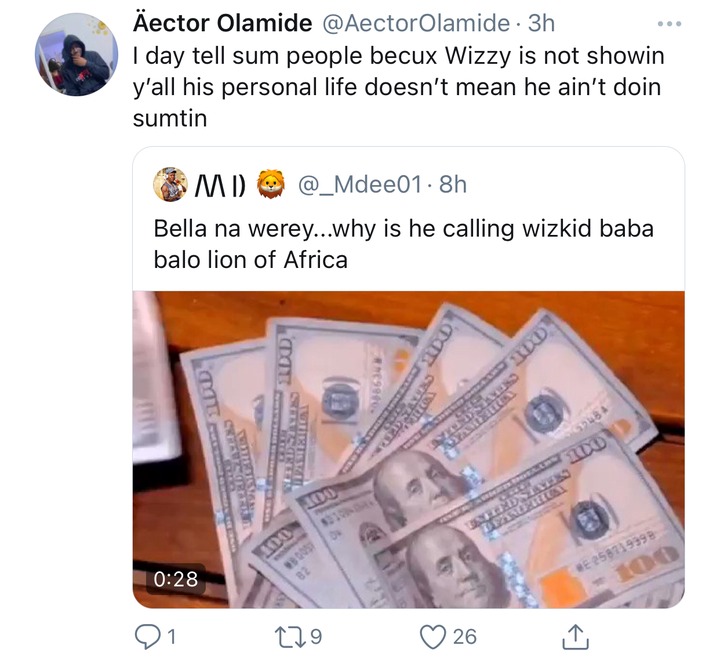 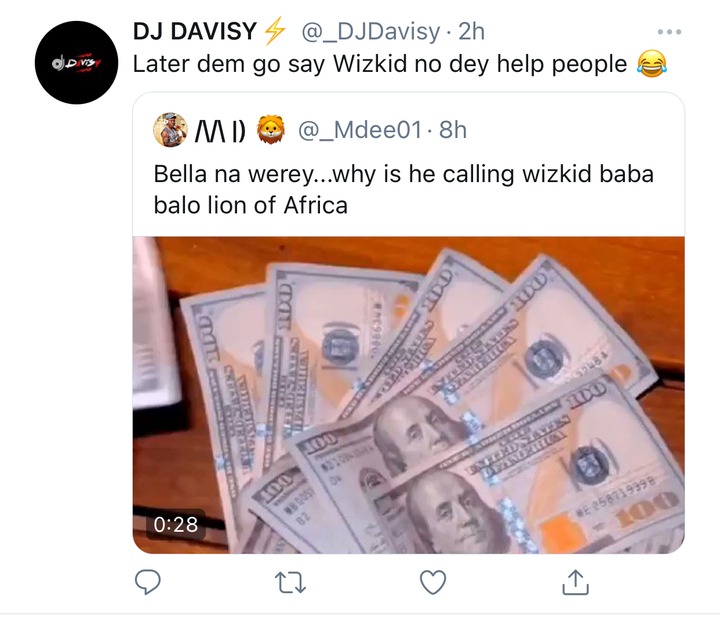 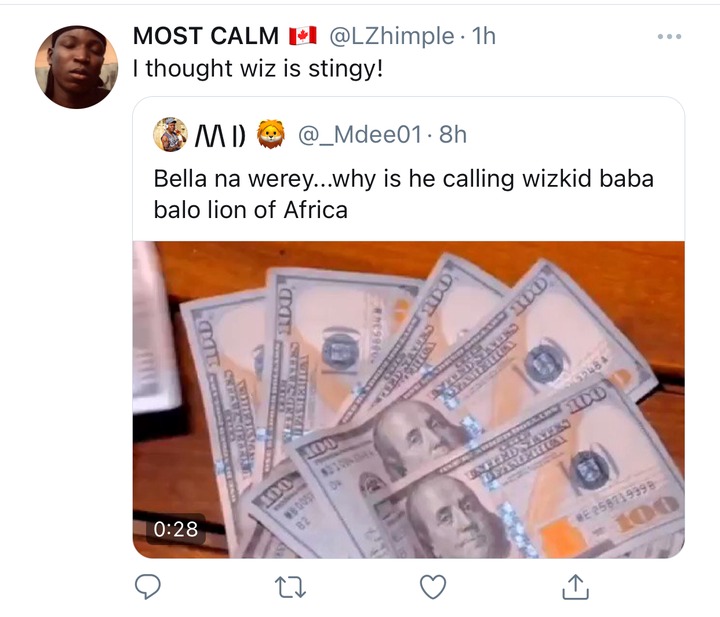 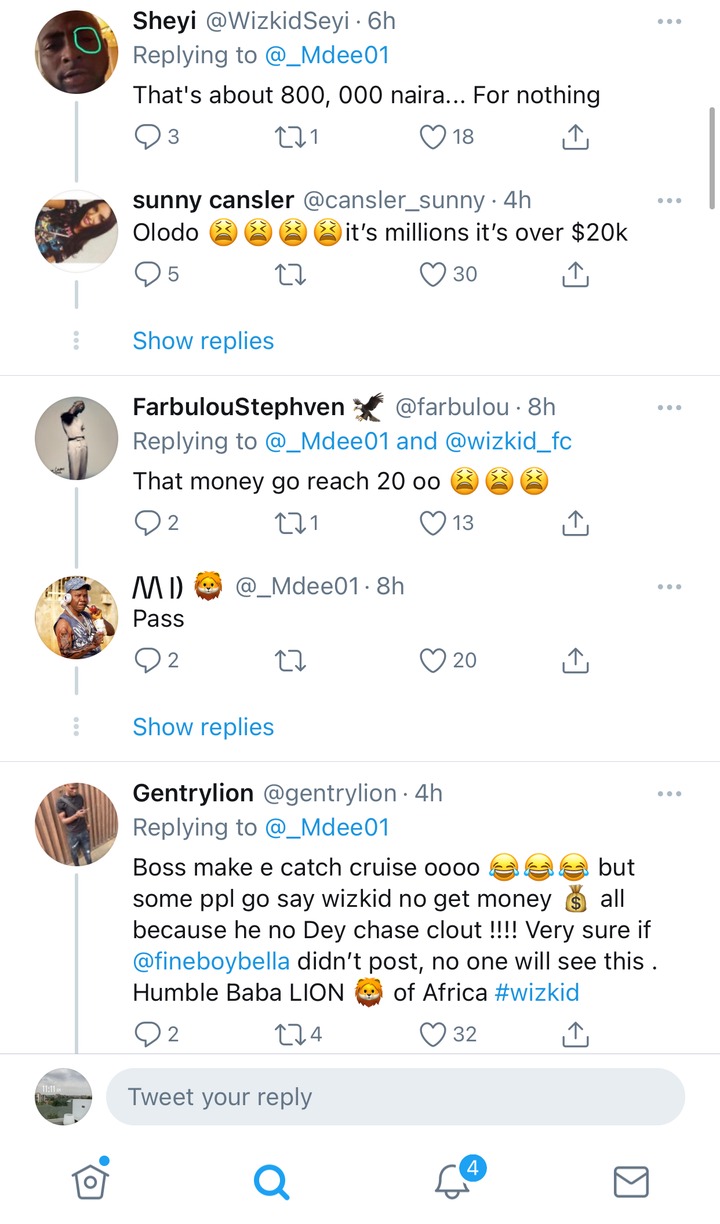