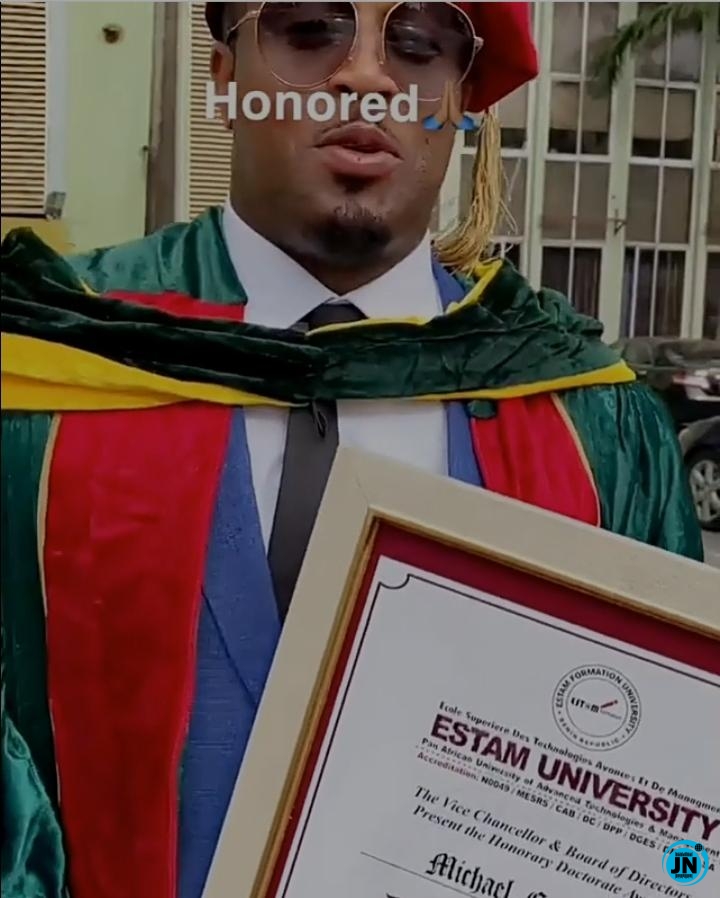 Popular Nollywood actor and director Mike Ezuruonye has taken to his social media timeline to show off his honorary doctorate issue to him by ESTAM University.

Mike Ezuruonye, in his post applauded his fans and followers for the support they have been giving to him.

He shared a video of him holding the certificate and captioned it,

“It’s cause of you my fans,supporters and good people this happened..🙏🏽🙏🏽