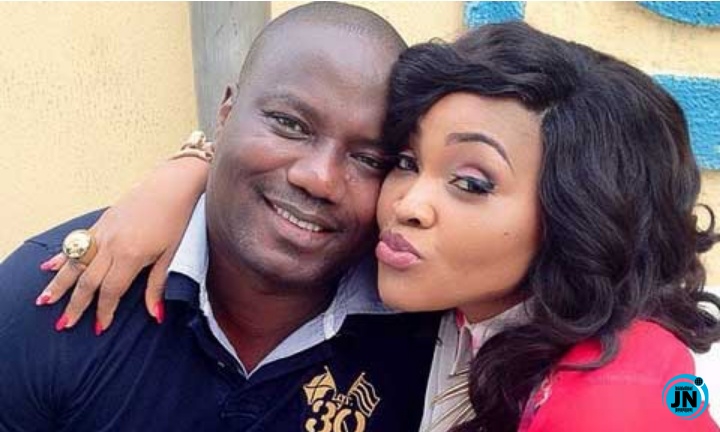 Ex-husband of Mercy Aigbe, Olanrewaju Gentry has faulted his former wife’s claim and affirmed that the latter was friends with her new husband, Kazeem Adeoti’s first wife, Oluwafunso.

Olanrewaju Gentry’s reaction follows Mercy’s continuous insistence that Oluwafunso was never her friend at any point in time.

In an interview with Punch, Gentry whose marriage to Mercy crashed in 2017, said:

”I do not blame Mercy. The blame should be on Adeoti’s first wife for bringing Mercy into her family.

People like Funso who love to follow actresses (about) in a bid to make friends with them need to be very careful.

“It is dangerous to bring a person whom you do not know into your home simply because the person is a celebrity. In all honesty, Funso and Mercy were friends.

She (Funso) was the one who invited Mercy and I to her husband’s 40th birthday celebration some years back. 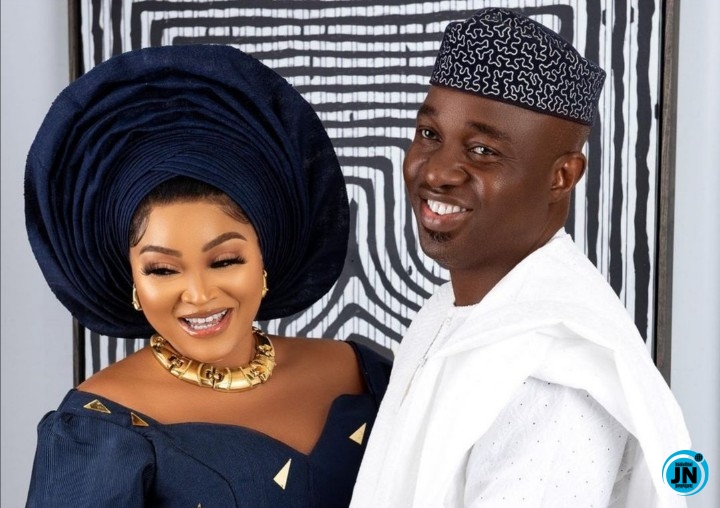 “Mercy Aigbe knows within herself that what she did to Funso and her family is very bad. It was Mercy that told me her friend was organizing a surprise birthday for her husband and we were invited

“Unlike what many are saying, my son, Olanrewaju, was not five months old at the time, he was over a year old. We attended the event, and that was the first time I met Adeoti and his wife.

Funso, who was Mercy’s friend at the time, introduced Adeoti to Mercy and I. After that, Adeoti used to come to my home, office, and hotel. Mercy later told me they were working together and that he was her marketer. I was 100 percent sure that Mercy and Adeoti were seeing (dating) each other, and I used to tell her that what she was doing was very bad.

“I am a socialite, and I definitely know when something (intimate) is going on between a man and a woman. I really don’t want to be involved in this issue because I have remarried, and I respect my (new) wife. People should learn to handle their homes properly and stay away from strange friends.

“I said I was going to get married last year and I did. We did our traditional and court wedding on September 11, 2021. We now have a baby girl and she looks very much like Olajuwon, whom some have claimed may not be my biological son.

A man who was sneaking to have sexual intercourse with another man’s wife cannot have the guts to request for a DNA test. Children born in my family have a certain birthmark, and Juwon and my daughter have it.”