Following Nigerian rapper, Zlatan Ibile’s post about his belief on the novel coronavirus desease, thereby stating that it is not real, the personal Assistant on New Media to president Muhammadu Buhari, Bashir Ahmad has taken to twitter to reply the 25 year old rapper. 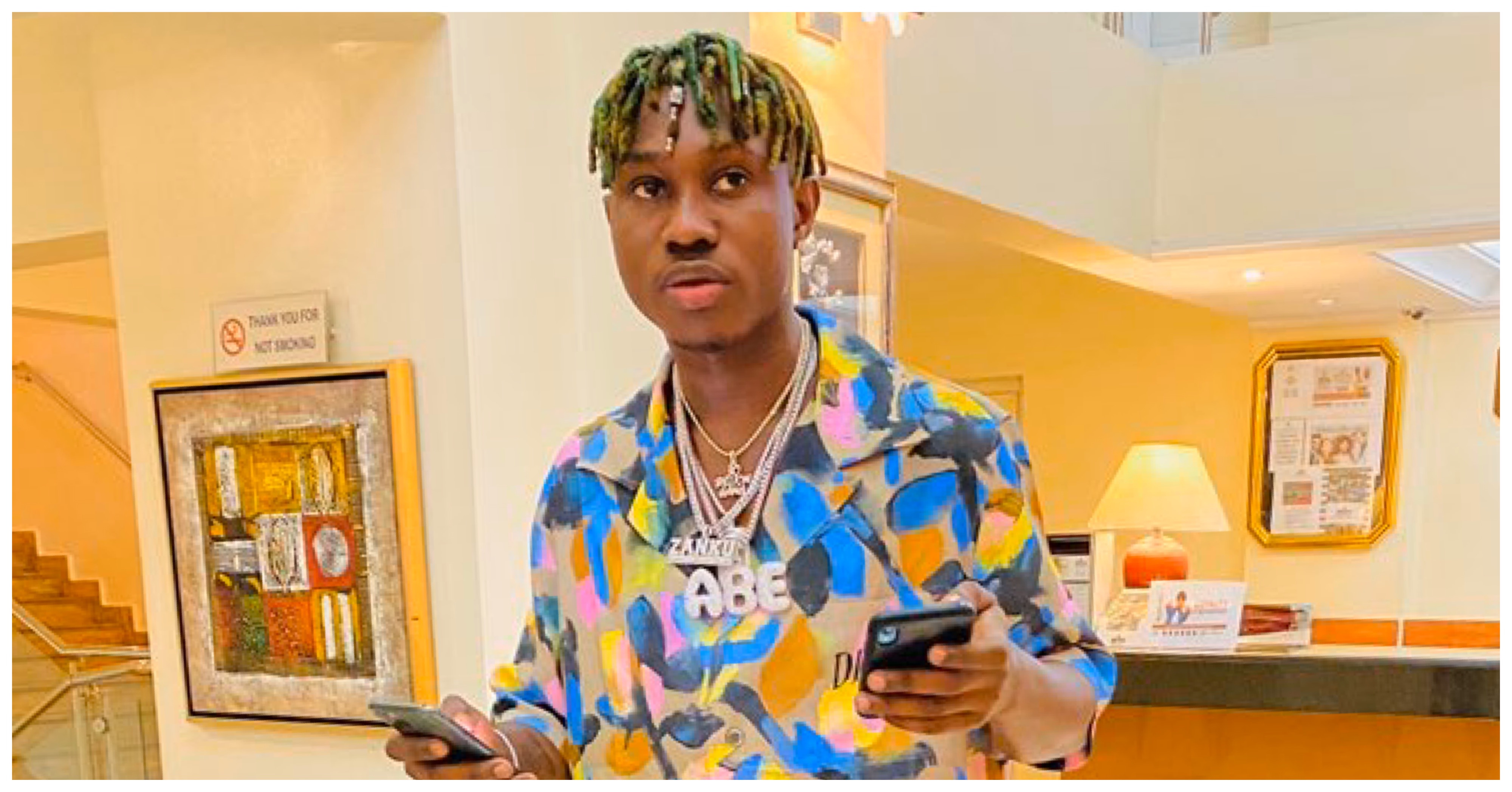 According to Bashir Ahmad, coronavirus is not a thing of joke as Zlatan implies, thereby stating that it is a matter of life and death.

He added that he had to address Zlatan’s joke about the rise in people with cooronavirus because he is a celebrity with hundreds of people following him.

In his words, Bashir wrote;

‘Zlatan, as President Buhari stated in his national broadcast on April 13th, ‘this is not a joke, it’s a matter of life and death.”

“I can see some people are angry with my reply to Zlatan’s tweet, which he made a joke out of NCDC’s last night update on #COVID19Nigeria. I didn’t reply him as Zlatan, I replied him as a celebrity, who has hundreds of followers. Again, ‘this whole #COVID19 issue is not a joke.”

You may recall, that few days ago, the Nigerian rapper revealed during an Instagram live video session that he does not believe the existence of coronavirus which has ravaged the world. This is the reason why many think he can mislead his high number of fans because of his thoughts. 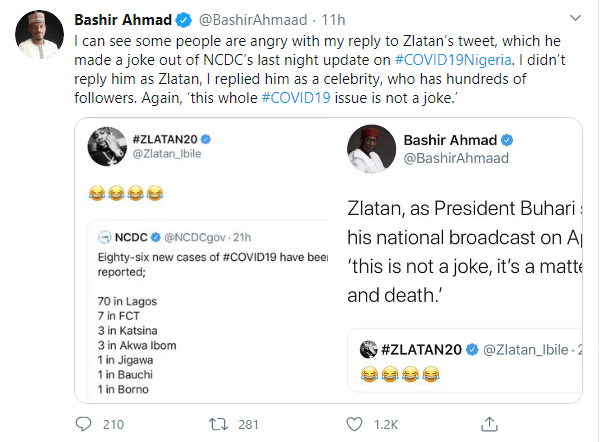