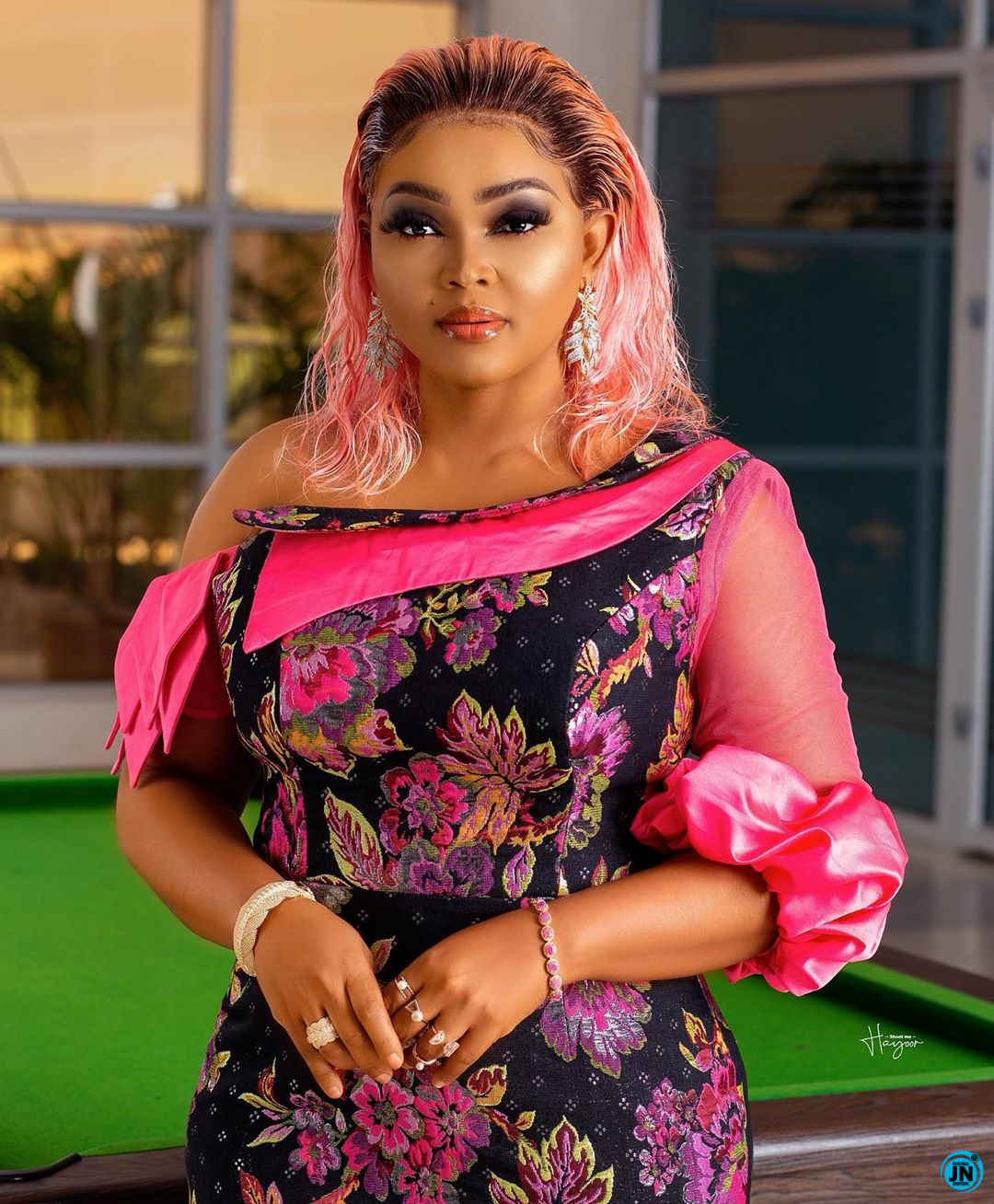 Popular Nollywood & Yoruba actress, Mercy Aigbe whom has been involved in two failed marriages, is now of the opinion that marriage is overrated.

The now single actress , who got separated from her husband, Lanre Gentry in 2018, due to domestic violence, said that mothers usually buys the idea of women acceting whatever their partners did to them, all because they wanted to stay married.

While narrating her marital ordeal via her Youtube channel, Ms Aigbe said,

“Our mothers brought us up, as women, to take whatever our partners do to us. They tell us to take it because we want to remain in a man’s house. To me, it is not an achievement. Let’s just say as it is– marriage is overrated. It takes two people to make it work; it’s not just about the women. But, everybody keeps heaping all the responsibilities on the woman. That shouldn’t be".

Describing how she was assaulted, Aigbe said;

“The first time the slap came, it felt like I was dreaming. I wasn’t expecting it and I was shocked beyond words. I didn’t know it was going to happen but it happened. The begging would then come after that. Once a man raises his hand to hit you, he is going to do it over and again. However, because it was my second attempt (at marriage), I was ready to make it work, even with all the violence. I was there hoping and praying. I just wanted a happy home.

“The incident that broke the camel’s back was the one where I almost died. The beating was horrible. People often say actresses don’t want to remain married. Who told them that? (You think) being a celebrity doesn’t make me human? Does (being a celebrity) mean I don’t want to have a happy home? They say actresses are promiscuous but promiscuity is not (the exclusive preserve of) any profession. When mine (break-up) happened, it wasn’t easy because I am a celebrity. I read a lot of things online. Some people even said I made it up. But, nobody can dictate to me how to live my life".

The actress also noted that religion doesn’t encourage women to speak up when they are assaulted by their husbands. She added;

“I have been through domestic violence and I came out strong. I would love to see the end of domestic violence in society. It wasn’t easy for me because society always shames one. Everybody believes if one is experiencing domestic violence, one has to be patient as a woman and take it all to remain in one’s husband’s house. A lot of people have lost their lives as a result of domestic violence. And religion is not helping. An assaulted woman could go to her pastor and the cleric would say, ‘Oh madam, you need to keep praying’. Is it until she loses her life?”.

“God didn’t create men and women equal” – Nigerian lady explains why feminism is evil
Naeto C’s wife exposes the women her husband left her for
Stay Away From Under 23 Women – Bbnaija Star, Leo Dasilva
“If you need money, open a business, not your legs” – Reno Omokri to Stingy Women Association