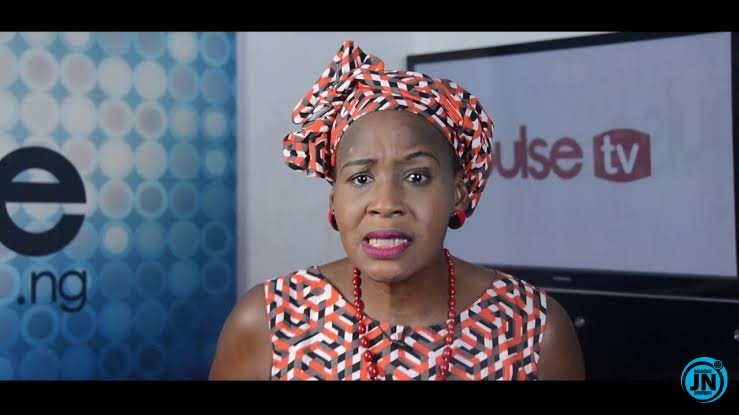 Nigerian self-acclaimed investigative Journalist, Kemi Olunloyo has asked Mark Angel, to reveal Emmanuella’s source of income that enabled her build a luxurious house for her mother.

Kemi Olunloyo made this known is a thread she posted on her verified Twitter page on Saturday, November 14. 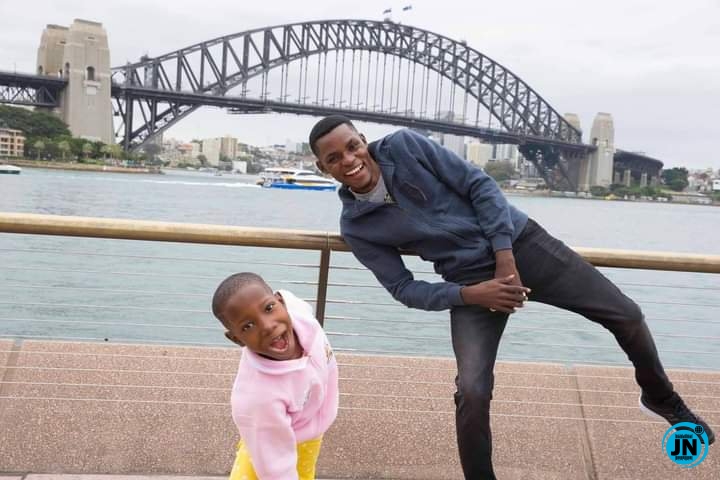 Recall we reported earlier that kid comedienne, Emmanuella has built a luxurious house for her mother.

According to her, Mark Angel, who is an uncle to Emmanuella might be the one who actually built the house for his little niece (Emmanuella) but used her name to trend. 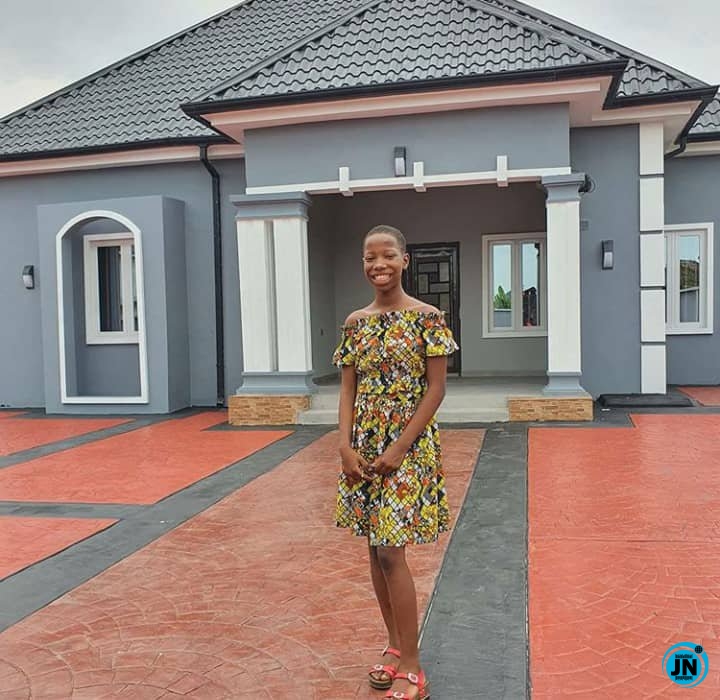 Writing further, she said such stories when elaborated in a professional way, other kids would be inspired to venture into the entertainment industry.

In a follow up reaction to backlashes she has been receiving following her stand, she said Nigerians want their government to be accountable when they themselves are not.

“EMMANUELLA: Public Relations Mgt is my 2nd degree. In PR when a 10yr comedian builds a house that achievement needs to be elaborated in a professional way.

Mark Angel should tell media the EXACT source of her income used to build that house to inspire other young kids.

Don’t just post all over the internet about a house that could have been built by her uncle Mark Angel for her mother and Emmanuella’s name used to upgrade her brand for more fans, followers and recognition.

Other young comedians and enterprising kids should know how they can make that money too. In Hollywood kids salaries are public information. Inspire other kids.

The problem in Nigeria is everyone wants to show off their earnings without letting other know how to do the same.” 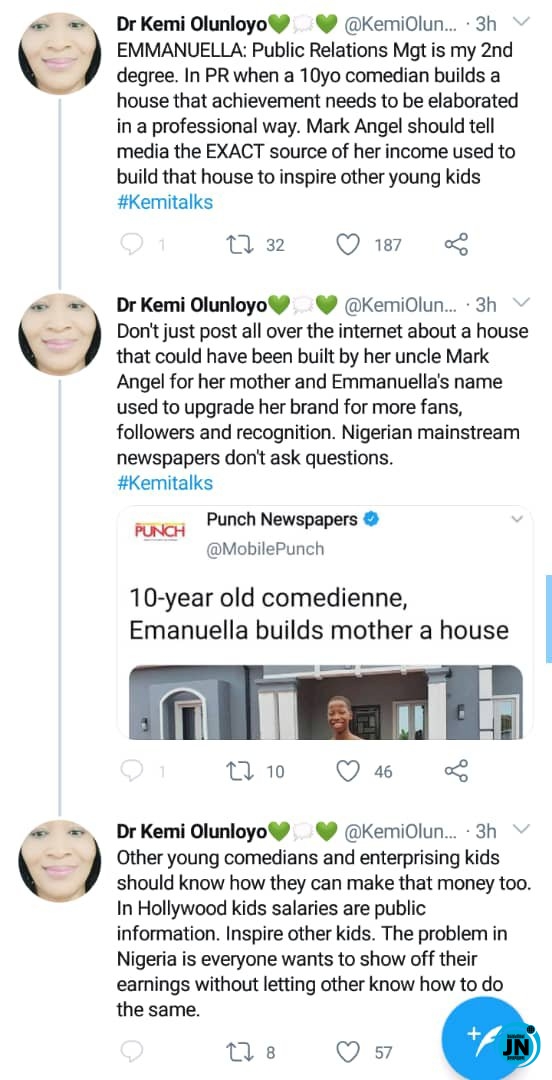 I divided my money into four parts and used one part to build the house – 10-year-old Emmanuella speaks, says she plans to buy a car for her father soon (Video)
I Used To Boast About Simi's Virginity In Church - Simi's Mum
“While Simi carry belle oga dey nack you for set” – Adekunle Gold accused of cheating on his wife, Simi
BBNaija 2021: ‘I Used To Like Maria, I Have Moved On’ - Pere Tells Beatrice Privately (Video)