For close to a week now, Nigerian youths have stormed the streets in various states of the country to air their voices on the need for the Federal Government to dissolve the infamous unit of the Nigerian police, SARS.

The hashtag, #EndSARS gained global recognition as the world heard the voices of Nigerian youths who are tired of the nefarious activities of the unit which includes but is not limited to “Profiling, Extortion, Harassment, Killing, Assault”.

On Sunday, 11th of October, 2020, the Inspector General of the Nigerian Police announced the dissolvement of the infamous Police division and revealed that the officers that were in the unit will be deployed to a different department in the police force.

Following the dissolution of the Special Anti-Robbery Squad, Nigerian youths have not backed down with their protests as they demand a curb to Police brutality and proper psychological evaluation and retraining of the disbanded SARS officials.

As the protests go on, it was discovered that a Nigerian man who had his court wedding on the day of the protest, went to the protest ground to join the movement right after signing his nuptial papers with his spouse. 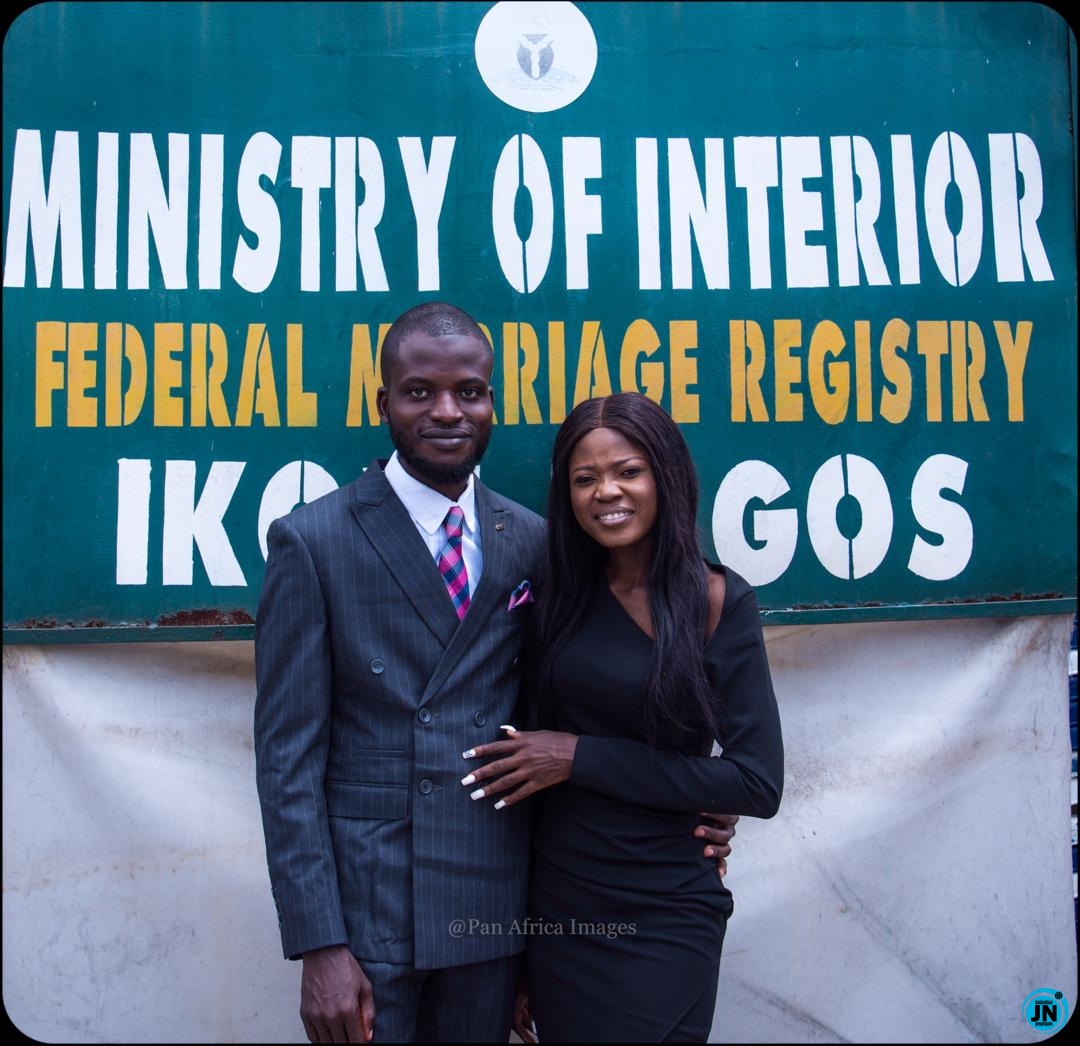 “Make SARS no kill me for my wife” the gentleman gives as his motive for joining the protest. 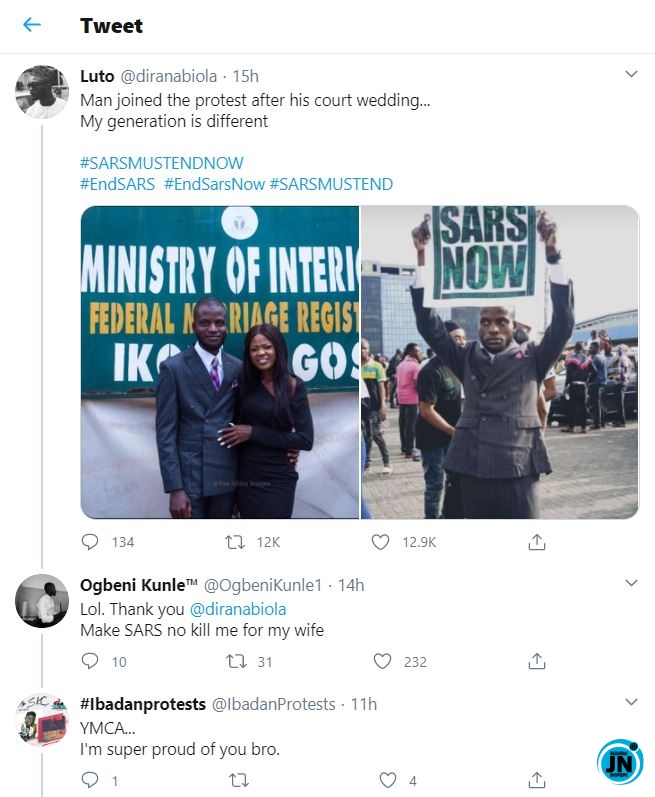 Lagos division of Court of Appeal has over 4,630 appeals, 6207 motions pending
Lagos govt extends work-from-home directive by four weeks
See What Wizkid’s Made In Lagos Album Achieved That No Nigerian Album This Year Has Achieved
Falz Reacts To The Implementation Of Levy On All Audio And Visual Contents By Lagos State Government