Popular rapper, Olamide has taken to Instagram to reveal what he has learnt during this lockdown period and it has thrown his followers into serious laughter.

Olamide has revealed on the popular photo and video sharing social network, Instagram to state that he has learnt different positions to sleep also stating in Yoruba that he has slept a lot. 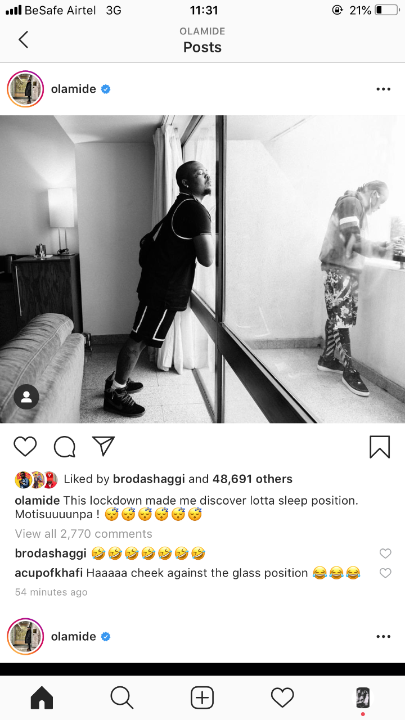 Meanwhile, different comments have followed the post and you can check them out below here: 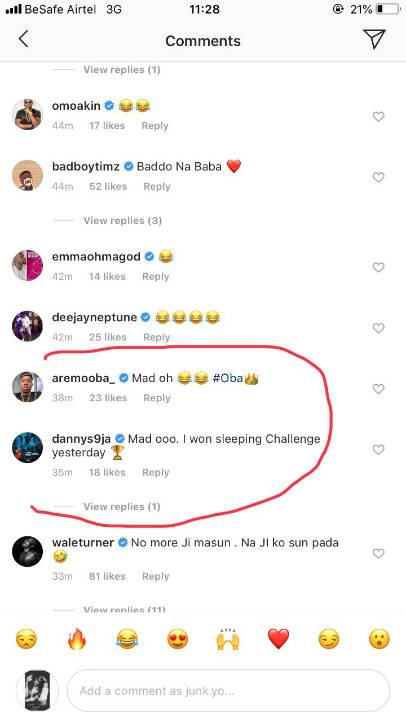 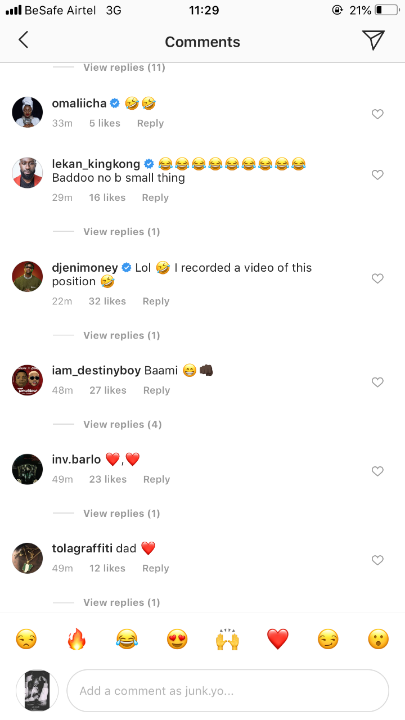 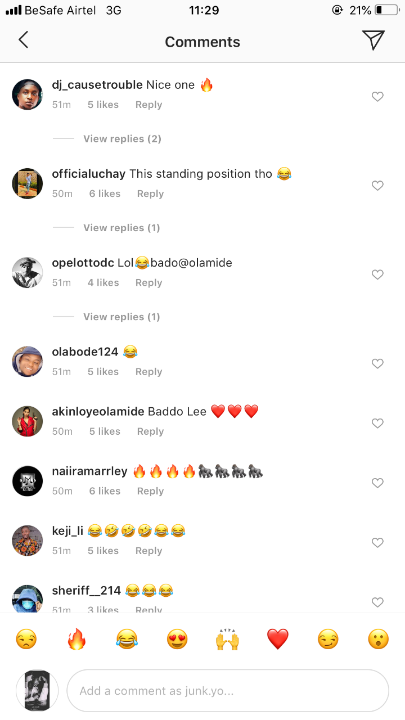 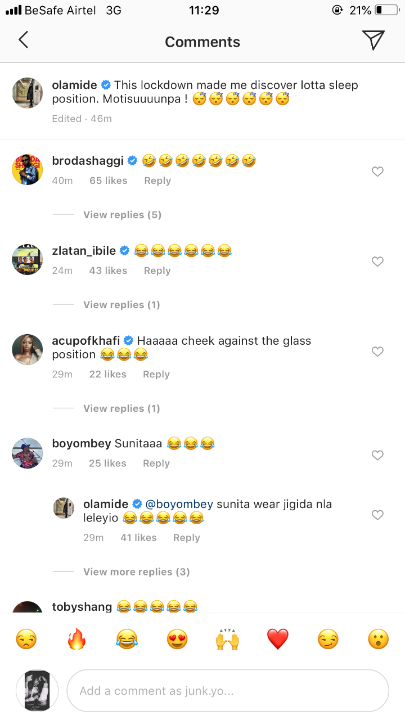 Olamide, the fiancée of popular Nigerian and indigenous artist, has posted new images on popular social network picture sharing and video sharing, and Instagram and her fans are full of sweet words.

The beauty that goes by the name Bukunmi has two children out of the 3 Olamide and she's been the only lady known to be associated with the famous rapper since he's risen to the stardom.

She gave birth to the first and second children of Olamide while a popular On Air Personality, Maria Okan is said to have brought Olamide's 3rd child (a girl) to life after Olamide had asked her to abort the pregnancy initially.

In the meantime, Bukunmi yesterday went to her Instagram app to share new images with her followers

You can checkout the full photos below: 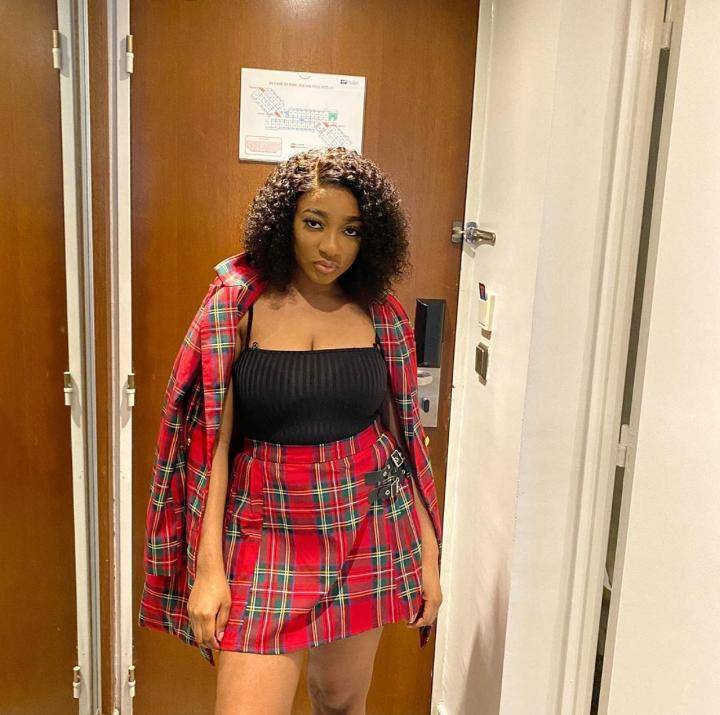 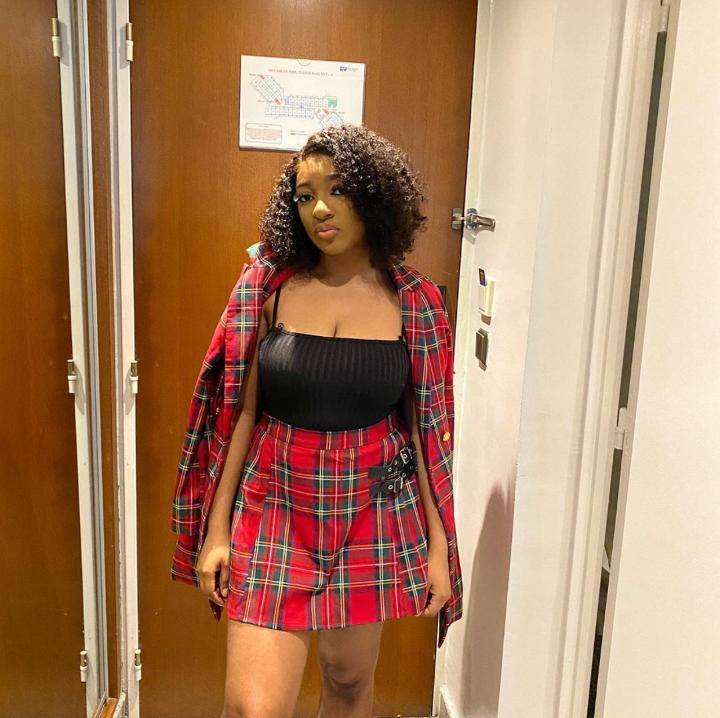 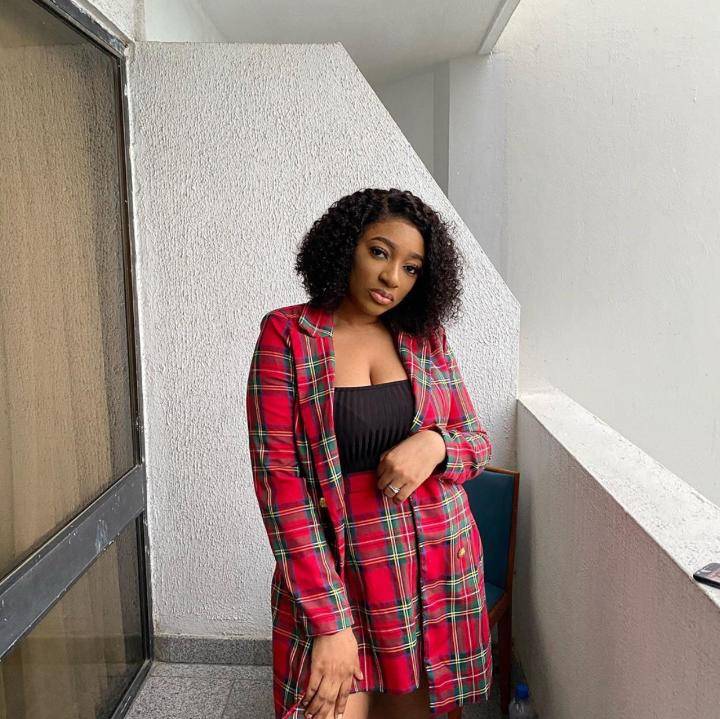 Burna Boy’s Girlfriend Stefflon Don Reveals Her Secret On How She Learnt Yoruba Language
“I Have Learnt To Use My Head More, Than My Heart” – Erica Speaks In New Interview (VIDEO)
Laycon opens up on what he learnt from disqualified housemate, Erica
‘Mad Oh’ - See Reactions As Olamide Reveals What He Learnt During This Lockdown Period