It was a very tough night for Ozo again at the weekly Saturday night parties that goes down in the Big Brother Naija house as his love advances was thrown out of the window. 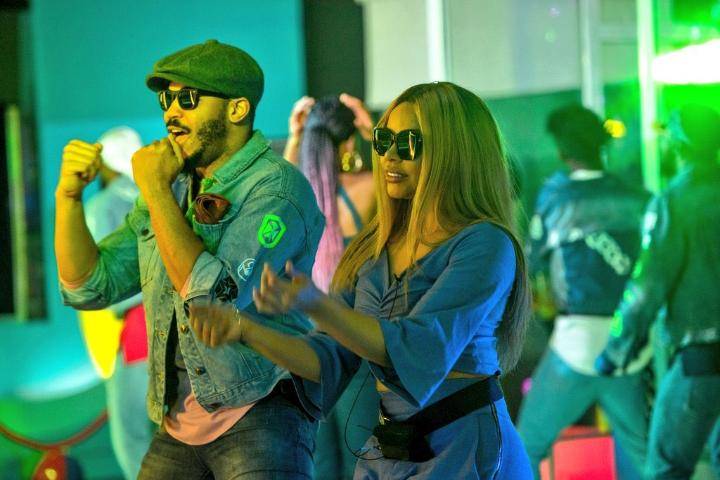 It seems as though both housemates do have an unresolved problem even before party began, and when Ozo confronted Nengi for peace, she asked him to leave her alone, stating that she did not need his "stupid love"

It’s no longer news that Ozo is seriously interested in dating Nengi but every time he had made his intentions known, he gets thrown out of the window.

Nengi want none of the love thing as she previously stated that she has a boyfriend outside the Big Brother Naija house.

Since like the 4th week of the reality show, Ozo had been straight with Nengi telling her what he wants but Nengi still keeps on rejecting and it happens last night at the Saturday party.

Meanwhile, multiple reactions followed this on Twitter as many have aired their views to it. 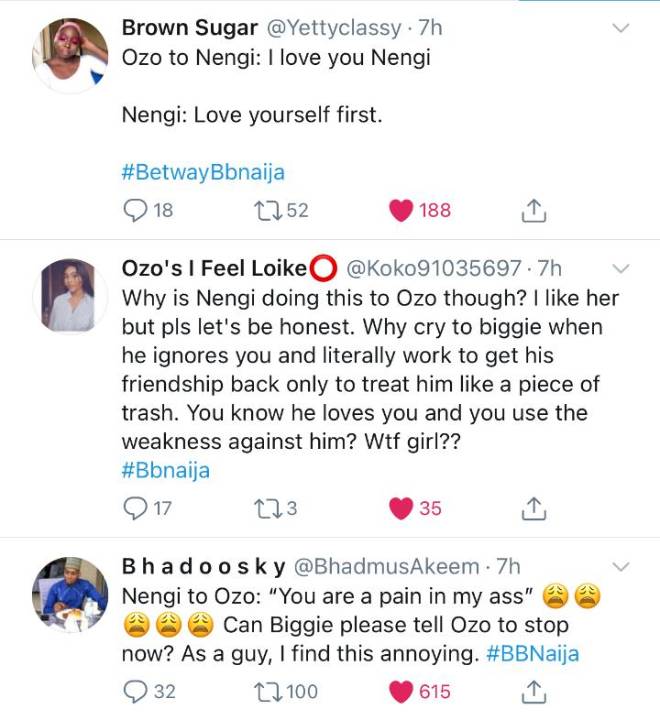 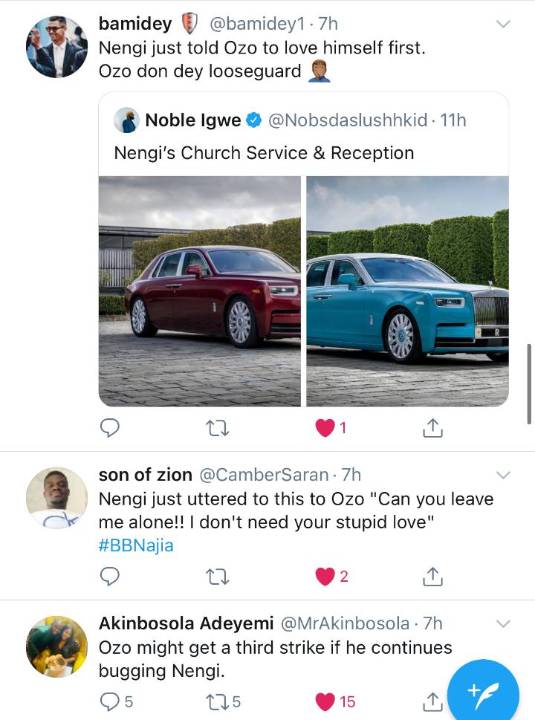 If my husband messes up, I’ll still marry another person making it four baby daddies. Is it your womb? – Toyin Lawani claps back at critics (Video)
TAT, Carpe Diem, MIL & ABT: Which One Is Your Best Album ?
“Put me in your prayers” – Singer, Mr May D cries out over burnt leg
Unlock your Ocean of Wealth With Crypto Currency