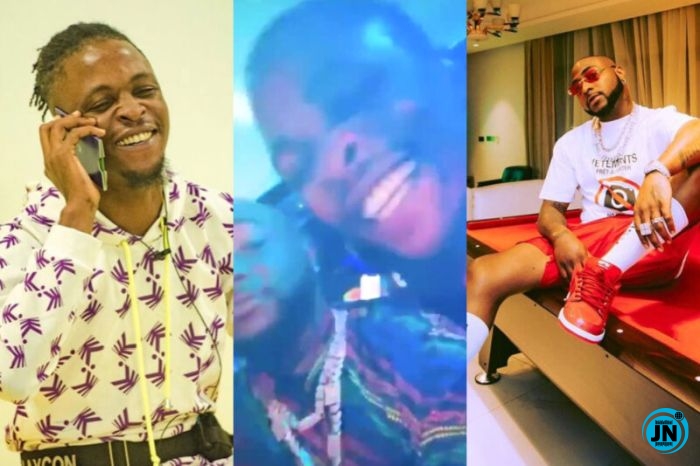 A Twitter user has rumored that the winner of the BBNaija season 5 reality TV show, Laycon, will be among the featured artist in Davido‘s “A Better Time” album.


“A Better Time”, or “ABT” as it is fondly called is the third studio album by Nigerian Afrobeat singer, Davido. The album is rumored to have various artists, both international and local, on it.

Recently, a Twitter user has revealed that the album will also be having Nigeria’s most sought after Big Brother Naija winner, Laycon, among the list of featured artists.


Laycon is going to be on Davido’s ABT album.


Although no word of confirmation from both artist, we can only hope it is true while we wait for the album which is said to be released before the month comes to an end.

“Laycon Is Going To Be On Davido’s ‘A Better Time’ Album” – Twitter User Reveals
See The Number Fireboy DML ‘Apollo’ Album Debuted On Rolling Stone Chart
Lady calls out her boyfriend for ‘accidentally’ impregnating another woman
‘All Roads in Osun are Bad, Everything Is Still The Same’ – Davido Laments