Fans of one of the most talked about Big Brother Naija housemate, Laycon has brought out a video of Erica abusing Laycon because she knows he is a sickle cell patient. 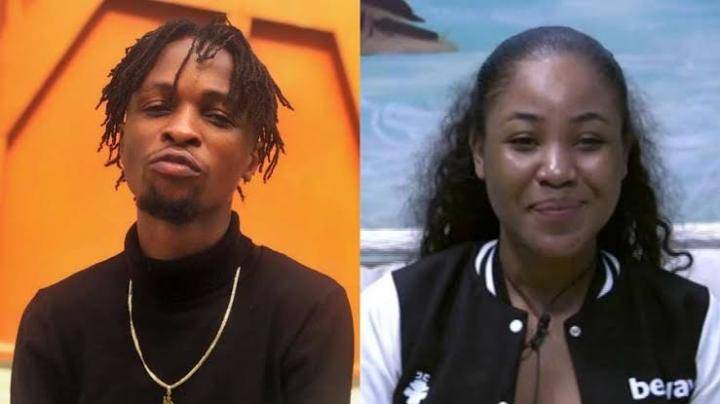 Yesterday night, it was known that Laycon is one of the sickle cell patient we have around us as he revealed this while having a chat with other housemates.

This has caused mixed reactions on popular microblogging platform, Twitter has fans have resulted to also hitting back at onetime housemate who was disqualified, Erica.

The night Erica had a fight with Laycon, she said some things that have now been seen as she was targeting him with the fact that she knew he was a sickle cell patient.

“One week has passed you have not taken your drugs, you think by smiling you won’t die.”

She also said he would not make it past 50 years and went on to body shame him.

This did not sit down well with Twitter users most especially Laycon fans as they feel Erica was wrong on all basis. 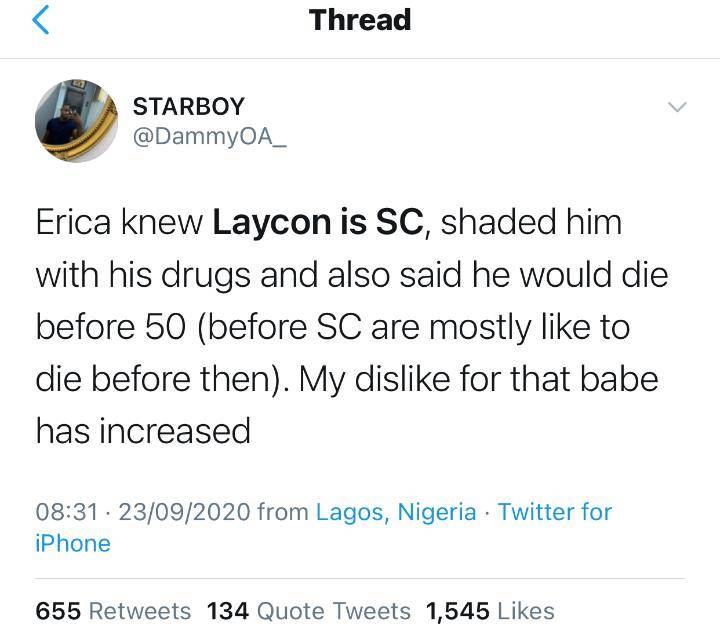 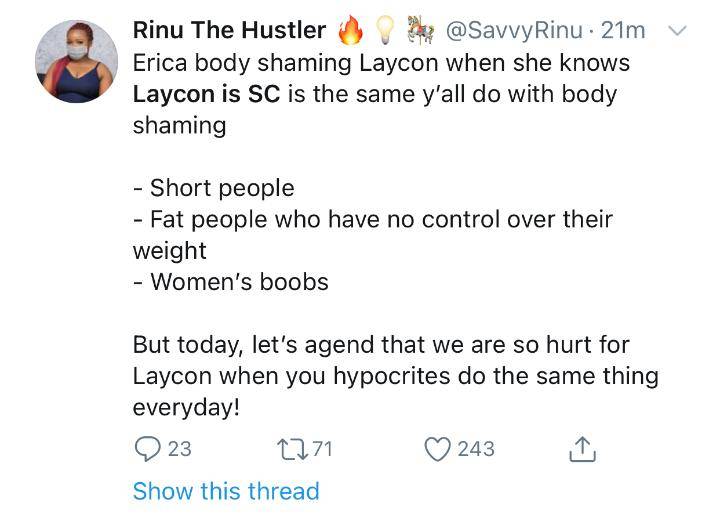 "Finally, It Has Ended In Tears" - Fans Reacts As Tiwa Savage Snubs Wizkid On His Birthday
“You did dental surgery” – Fans accuses Nengi after her old photo surfaces
‘Guy Wetin Concern Us’ - Wizkid Fans React As Wizkid Shared This Old Song By Tekno
"You've Lost Your Respect Abi?" – Fans Tackle Destiny Etiko For Calling Genevieve By Her Name