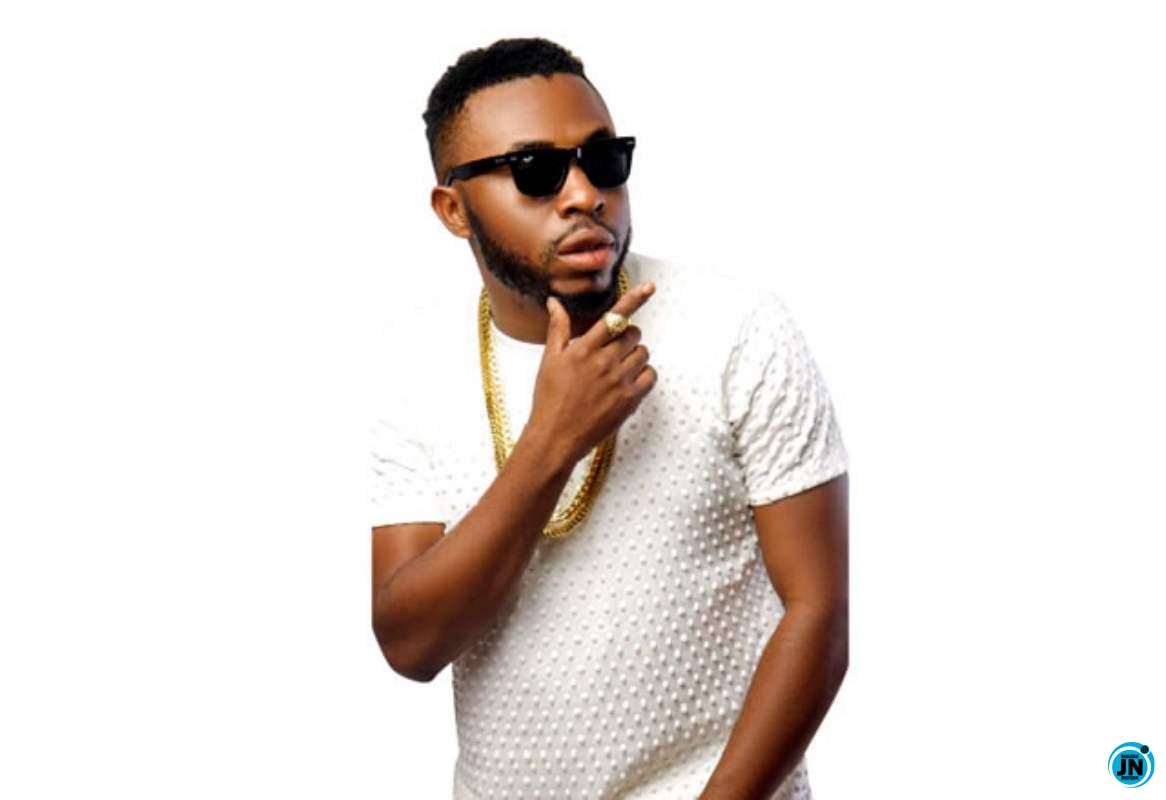 This is coming following Samklef’s outburst at the popular singer, Simi who cautioned him on a sexual comment directed at the fellow singer, Tems.

As a justification of his action, the producer made reference on how the reality star made out on national TV and went away with it unlike himself who is being dragged for his comment on Tems’ buttocks. 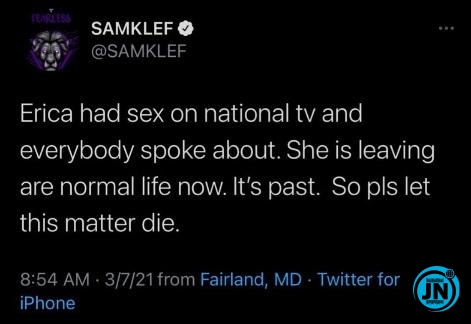 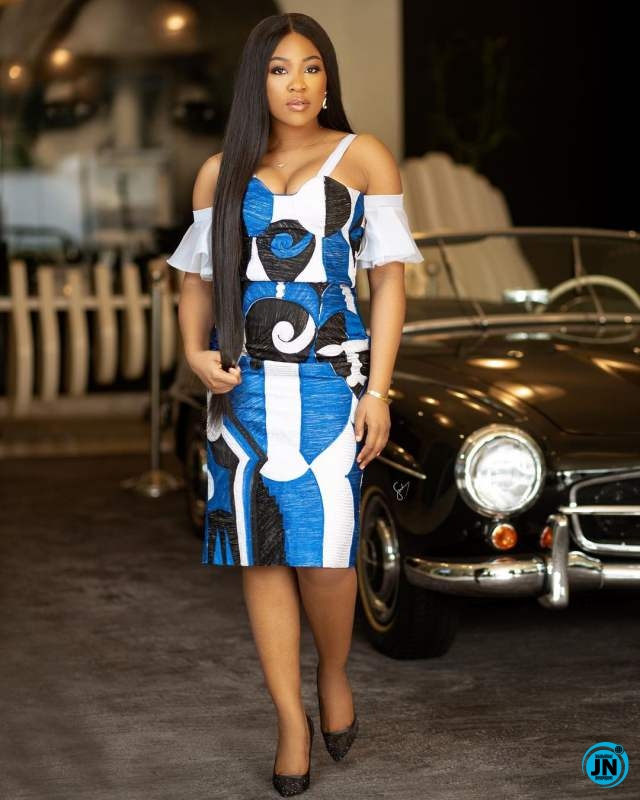 “Erica had s*x on national tv and everybody spoke about. She is leaving her normal life now. It’s past. So pls let this matter die,”


In reaction, Erica lambasted Samklef of never making the mistake of dragging her in his mess.

”Excuse me I don’t know you so please keep my name out of your sewage mouth.

You just had to insert me in your drama today! I will not be associated with you!

Fuck off When you start trending again today, thank Tems, Simi and Me your mummy, woman hater! Piece of shit!,”

Watch The Moment Tiwa Savage & Seyi Shay Fought Dirty At A Salon In Lagos
“Keep my name out of your dirty mouth” – Erica slams Samklef over s*x with Kiddwaya on TV
Experts warn as ATMs breed dirty notes
Bobrisky leaks chat with crossdresser, James Brown as they fight dirty