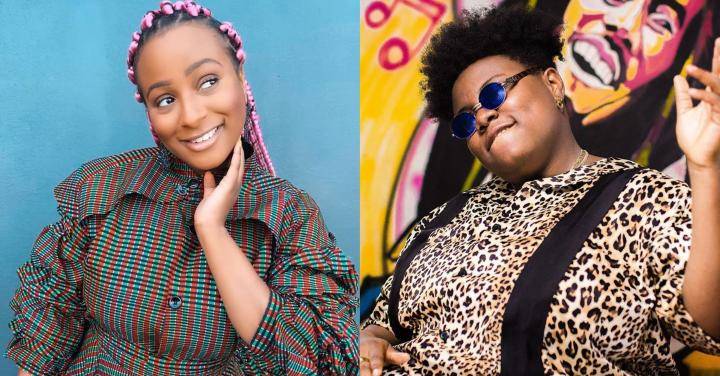 The billionaire daughter, Florence Otedola simply called DJ Cuppy took to her Instagram Instastories to reveal how the ‘Case’ singer, Teni turned up for her when she was about giving up on the project she's working on

DJ Cuppy shared a screenshot of the call she had with Teni and wrote a long caption.

She narrated that Teni called her with the encouragement she needed and went on to reveal what Teni said to her.

See what she wrote below:

“Just when I was giving up... Teni called me with the encouragement I needed. This SUPERSTAR literally sat on the phone with me; heard me out. She then told me she said she's been through the same thing when she was working on her first project. People don't believe in her. I'm not alone.”

The popular disc jockey who doubles as a music artist and a philanthropist is steady working on the release of her first studio project wich is an Extended Playlist.

She has already giving out the name of the project as ‘Original Copy’ after her fans decided.