Armed officer of the Nigerian Police Force killed a colleague in what was described as an accidental discharge in Auchi, Edo State with the investigation still ongoing.

According to the report from an eyewitness, Com. Aisha Isoleto who narrated the ordeal and confirmed from a reliable source.


The incident occurred late hours of yesterday 8 May 2020 at Orere junction, Auchi as the Policemen were out for a regular operation.

It was alleged that the Policemen who were on patrol storm into some youth at Orere junction who were buying food to break the ongoing Ramadan fast.

In an attempt to maintain law and order by enforcing the 8 pm curfew in the country due to Coronavirus pandemic, the said Policemen asked the sets of youth to go to their various houses.

Meanwhile, they refused and began to stone at the Policemen, while a member of the Police operation in an attempt to curtail the situation wasted no time by pulling up the trigger and immediately shot at his fellow man who was confirmed dead at the spot. 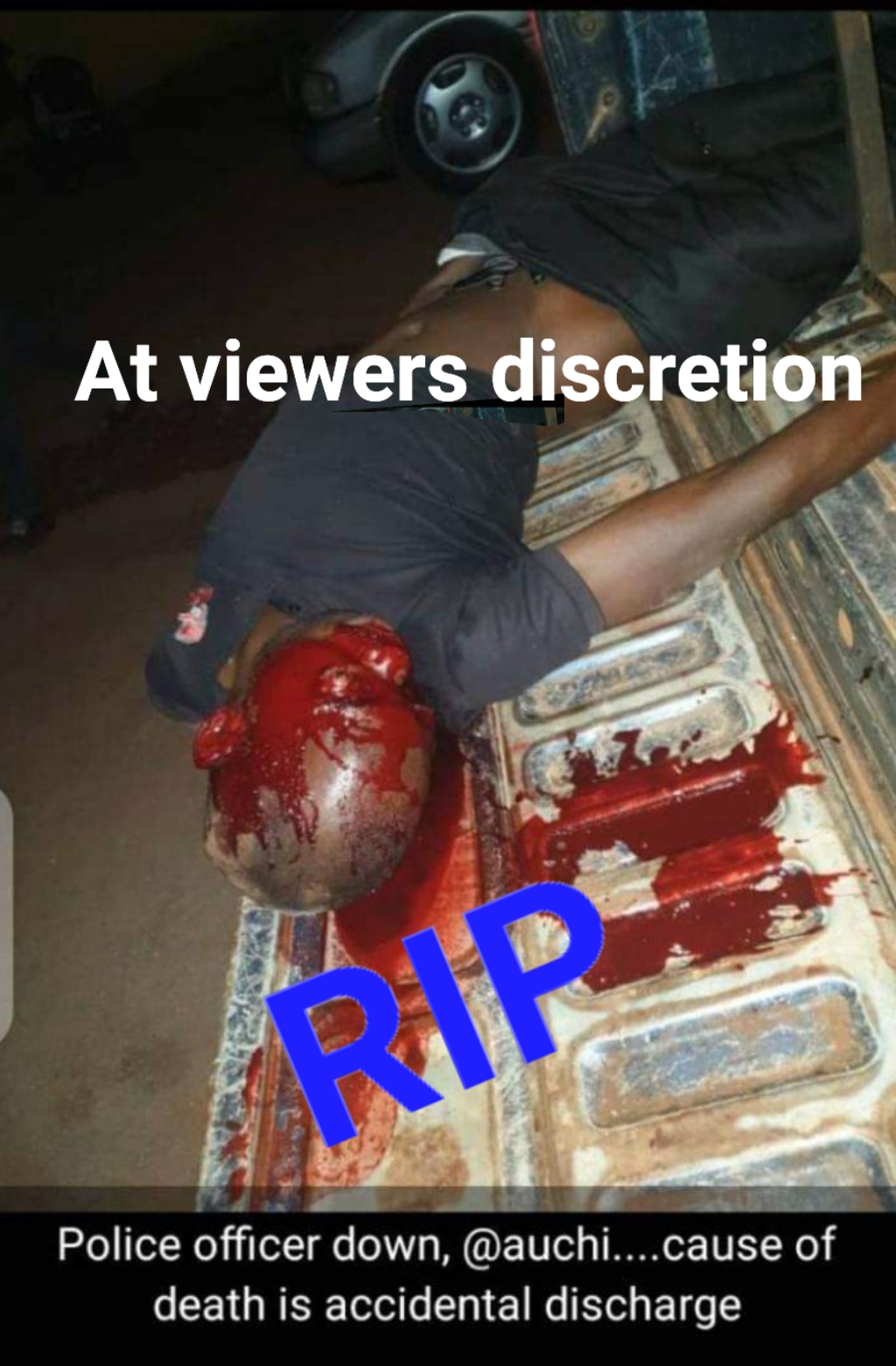 Although it was described as an accidental discharge while an investigation is currently ongoing to know what exactly transpired.

We await further information as the public relations department of the Nigerian Police Force is yet to make an official statement.