Isreal DMW has arrived to throw some light on Davido and Chioma's love connection for those who are intrigued. 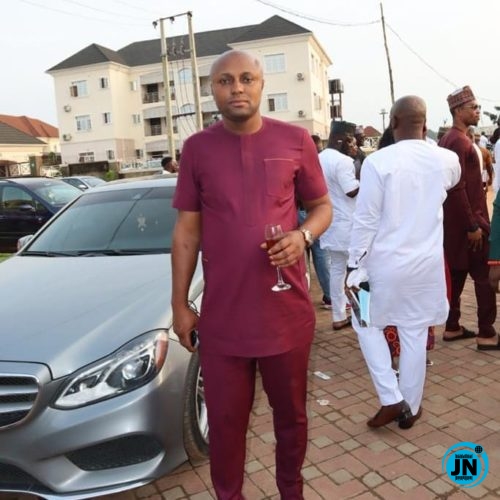 During a recent Question and Answer session on Instagram, the Personal Logistic Manager revealed the present state of his boss's wife as well as the status of Assurance 2020 (Davido and Chioma's relationship).

Chioma is doing well in her zone, according to Isreal Afeare, despite her absence from social media marketing. Chef-Chi was asked to explain Davido and Chioma's current relationship by an interested fan who wanted to learn more about them.

In response to this, Israel DMW stated that only God can offer a definitive answer to Davido and Chioma's relationship. 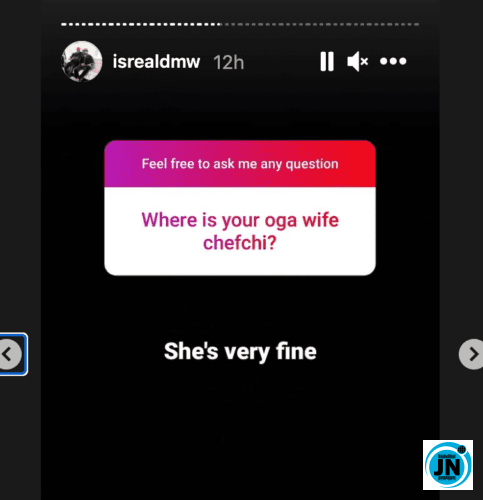 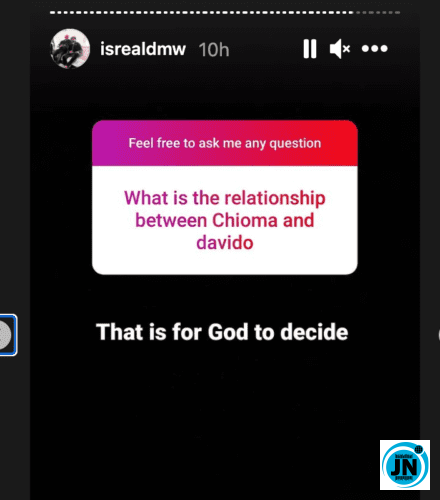 Singer MC Galaxy Announces His Marital Status, Says He Is Officially Taken
Falling out with Kiddwaya was tough for me – Cuppy reveals, says her single status is used against her
Idris Elba reacts to criticism for having his wife beside him while announcing coronavirus status
‘Their marriage is beautiful’ Reactions as Simi confirms AG baby status after a surprise video with rapper J.Cole