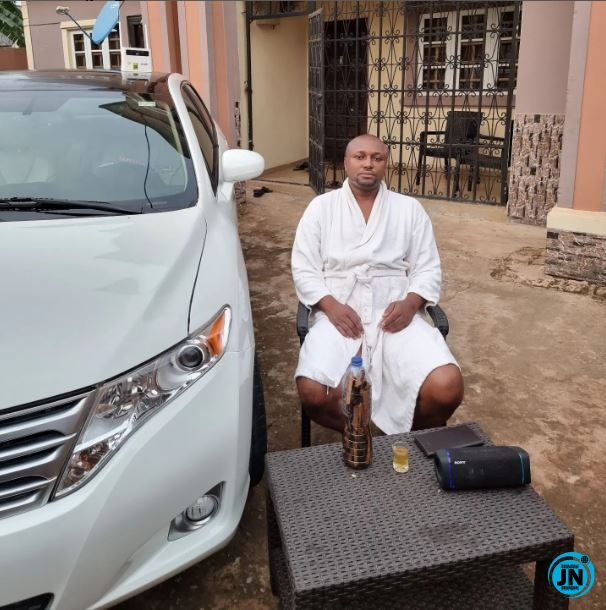 The joy of Davido’s Logistics Manager, Isreal Afeare, better known as Isreal DMW knows no bounds as he finally secures his visa to join the singer at his London O2 concert.

Isreal DMW suffered a slight delay in getting his visa initially, but at last, it came and he’s currently preparing for the big day, 5th March.

Recall that Davido had shared a snippet sent by Isreal on how he wishes to introduce him to the audience on that day. According to him, he has been rehearsing with some people in order to make it perfect.

Davido also took to his Instastories to share a facetime with Isreal following his visa approval. Overjoyed Isreal could be seen kneeling with his hands raised up. 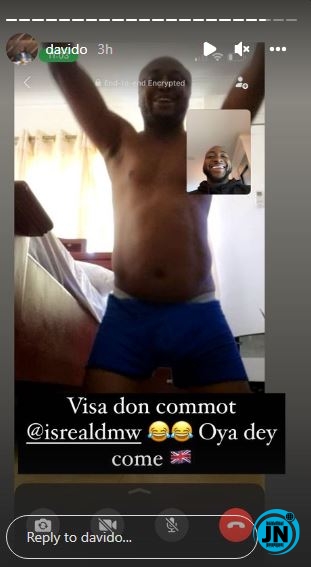 ‘Who Cares?’ - Nigerians React To Photos Of Davido In Crutches After Injuring His Ankle (Photos)
Davido Loses Photographer, Fortune
Davido Vows to change the life of a fan who named newborn baby after him
Exposed! How Davido cheated on Chioma with popular Instagram model while she was pregnant with Ifeanyi