Popular reality TV star and ex Big Brother Naija housemate, Tacha might have attacked her competitor Mercy Eke and a fan for telling her that her fascination with Mercy was what was going to kill her. 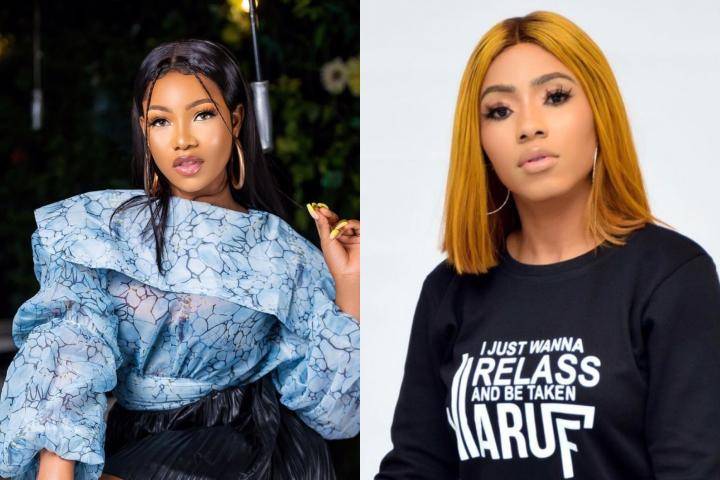 The fan did not go scot free as she was hammered by Tacha further claiming by sending words to Mercy and her fan that she's still their mother no matter how.

According to her, once she is involved in an issue, people are so swift to turn the situation and go against her but they pretend when it's their favorite doing the shading.

Adding that she never had to want someone bad, but if there is hell, then there is already an apartment for Mercy and her follower. 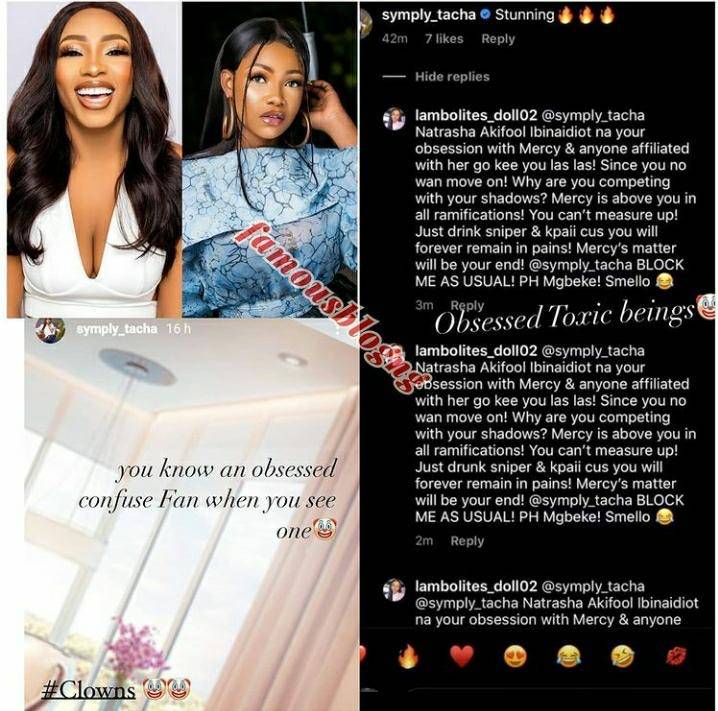 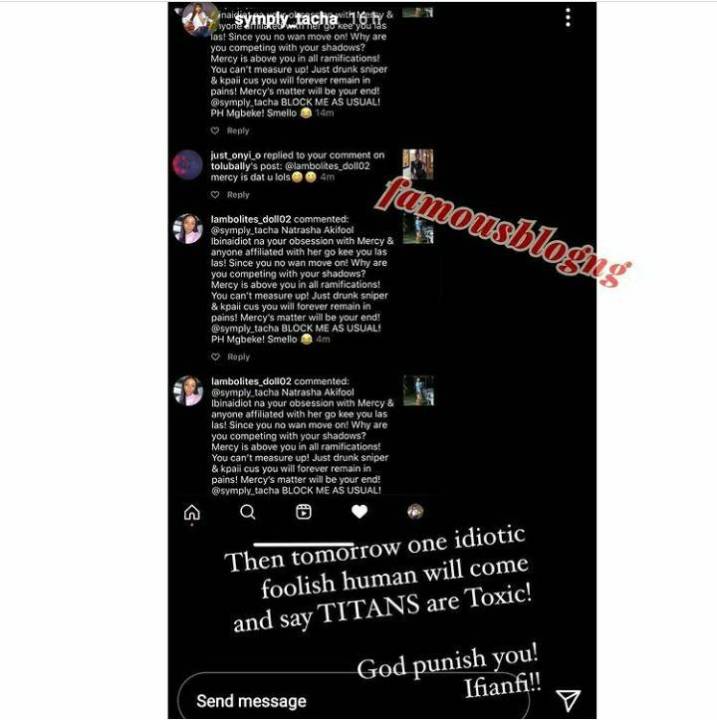 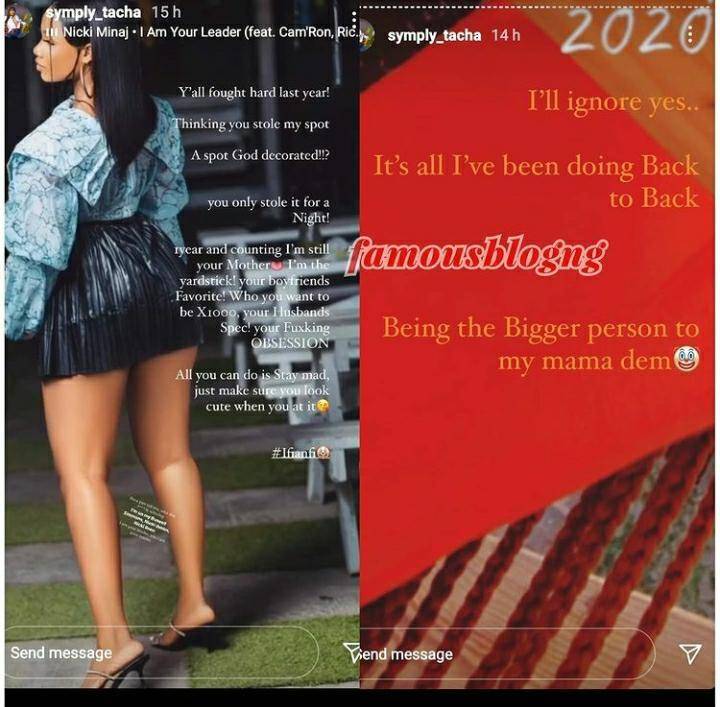 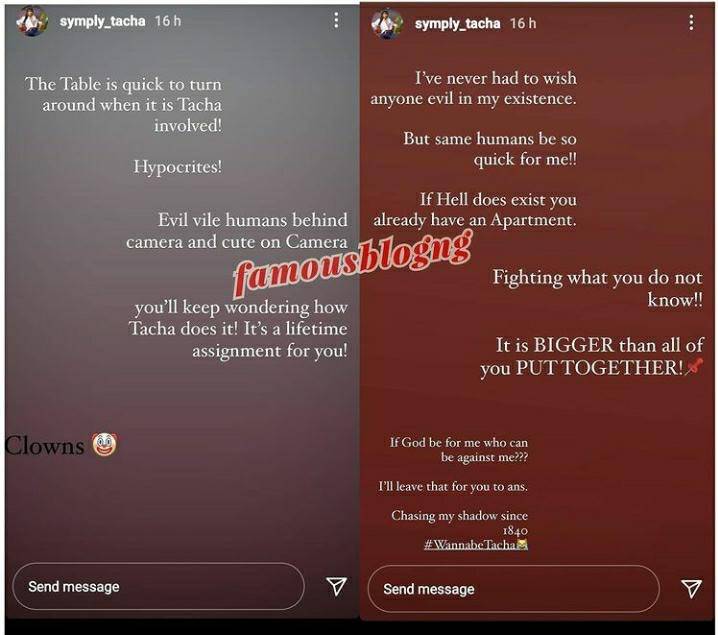 However, Tacha could be vividly shading Mercy with her post because Mercy Eke has stated before that Titans were toxic during their reunion show and online.

Biodun Okeowo’s daughter reveals why she is not friends with Mercy Aigbe, Iyabo Ojo’s daughters