A new video of Davido and his crew has surfaced on the internet and it’s looking like they were subbing Wizkid in the video. 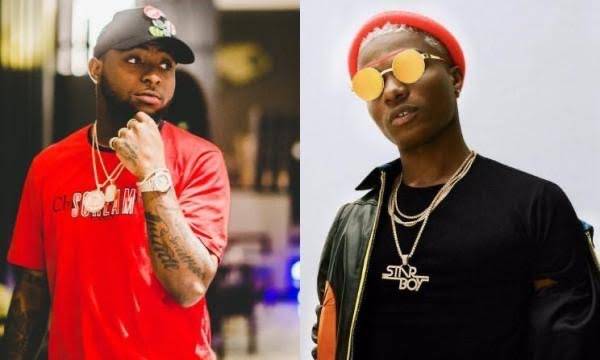 For a long period of time now, Wizkid and Davido might have indirectly been arch rivals and some posts of Davido in recent weeks has looked like a constant shade to Wizkid.

Just days ago, he commented a proverb like statement on Tunde Ednut’s post claiming he is levels above Wizkid and now his video seems like a shade to Wizkid.

On their way into a private jet, Davido and his crew shaded people using “gold teeth” or “teeth grillz” as they chanted it’s not matter of one using gold teeth but is your teeth white.

This has not gotten well at all with Wizkid fans as they felt Davido is stylishly subbing Wizkid with those words.

Although, Davido was not the one who said it but he posted it, that was what is getting Wizkid fans pissed.

Check out some screenshots of reactions below: 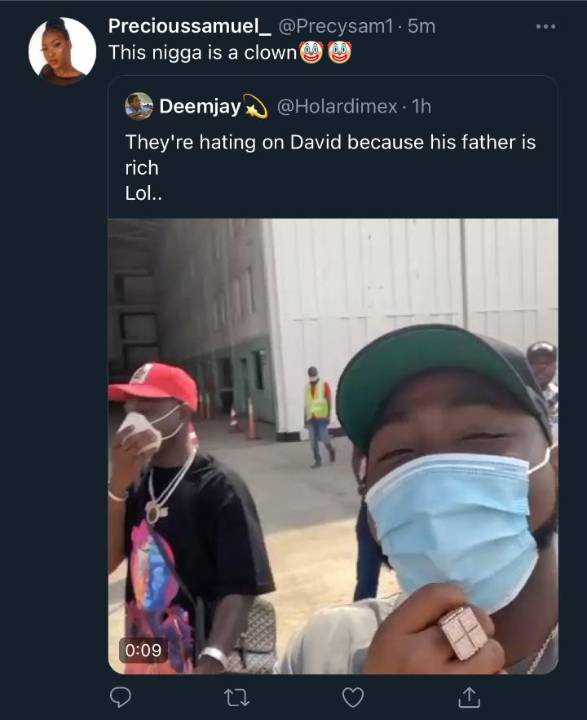 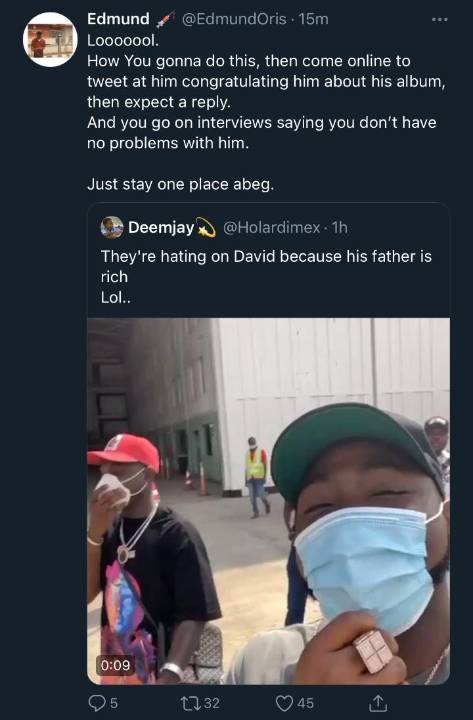 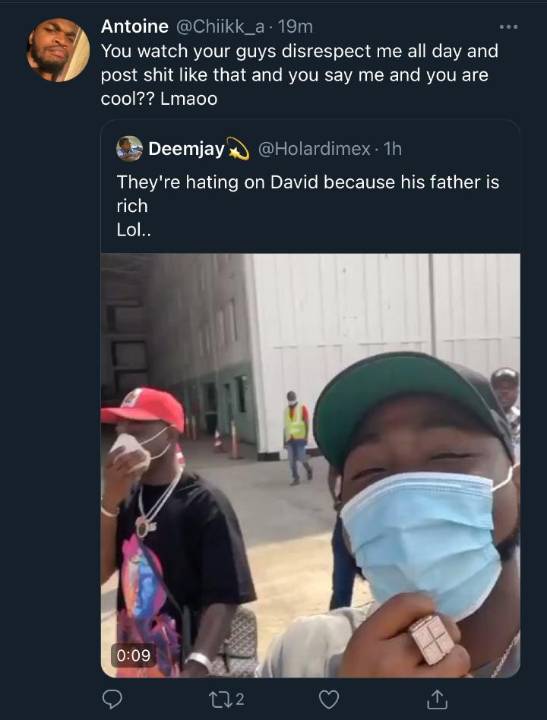 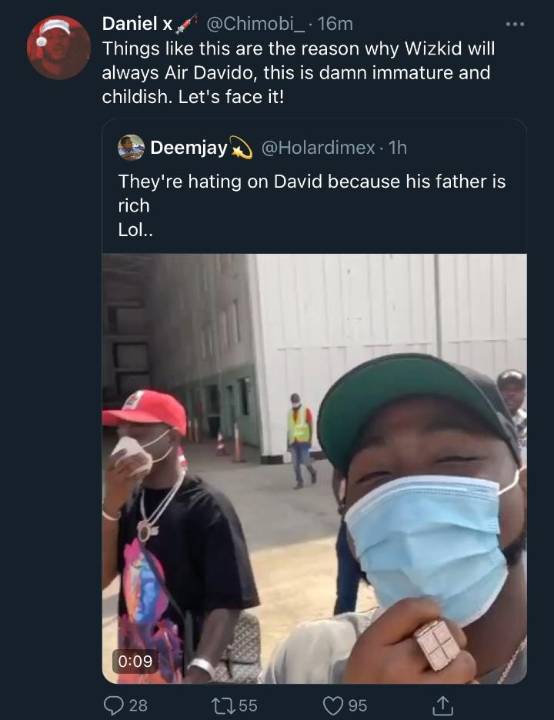 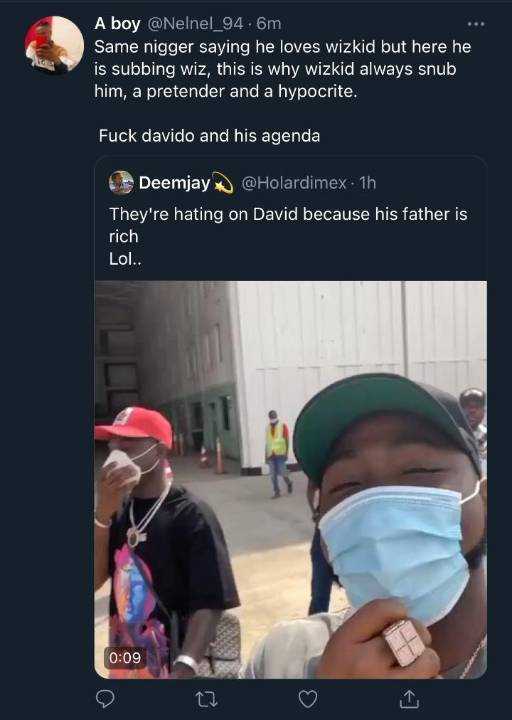 “Just One Child And You Look Like This” – Lady Reacts On Bambam’s New Photos
‘Your Beauty Should Cure Coronavirus’ – Nigerians React To Mercy Aigbe’s Daughter New Photos
Presidency reacts to Adeboye call for restructing, insist it will not succumb to threat
Regina Daniels shared exclusive picture of her son, Nigerians reacts

u can't compet davido to wizkid, wiz is the best