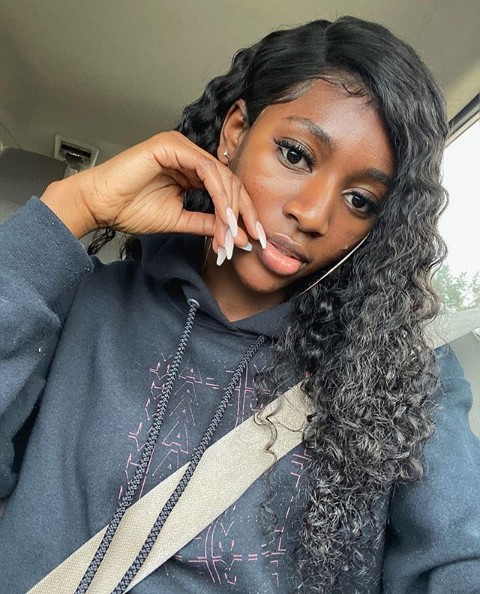 Popular and Beautiful Nollywood actress, Genevieve Nnaji has reacted to the tragic murder of 17-year-old Tina Ezekwe, whom was shot dead by the men of the Nigerian Police Force in Lagos on the 26th of May, and Uwa Omozuwa a 22 year old 100L student, at the University Of Benin (UNIBEN) whom was raped and brutally beaten last week Wednesday, by some unknown men, and finally gave up the ghost last Saturday night.

However, since the news of the two deceased broke out, it has gained lots of reactions from Nigerians and also some celebrities, seeking peace for the two young promising ladies, and others whom are also victims of same circumstances.

The deaths of both women sparked outrage and also birthed the hashtags #JusticeForTina and #JusticeForUwa, which is already trending all over the social media platforms.

Actress, Genevieve has now joined the crowd, in reacting to the tragic news. 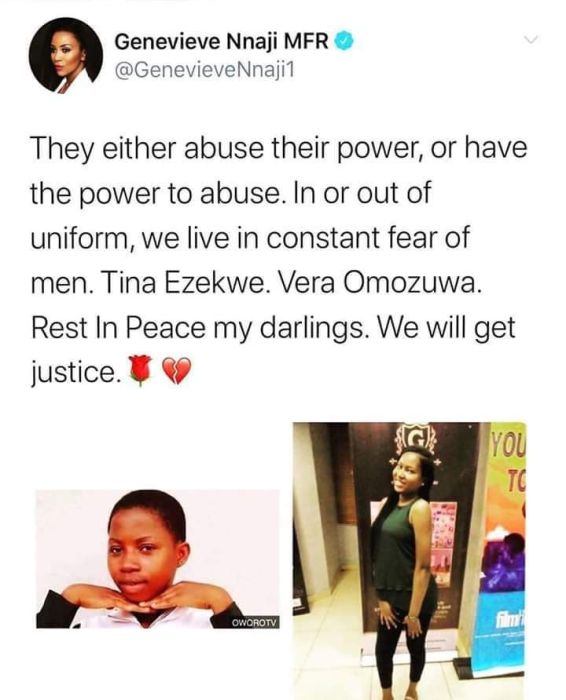 #BBNaija: Trikytee Emerges As New 'Head Of House', Picks Laycon As His Deputy
Why Nigerians Are Praising Their Mothers On Twitter Because Of Zlatan (See Tweets)
ITS OFFICIAL! Brazilian Defender 'Thiago Silva' Joins Chelsea On A One-Year Deal
Don't Judge Me - Toyin Abraham Cries Out Ahead Of Alleged Court Wedding To Kolayemi Ajeyemi Today