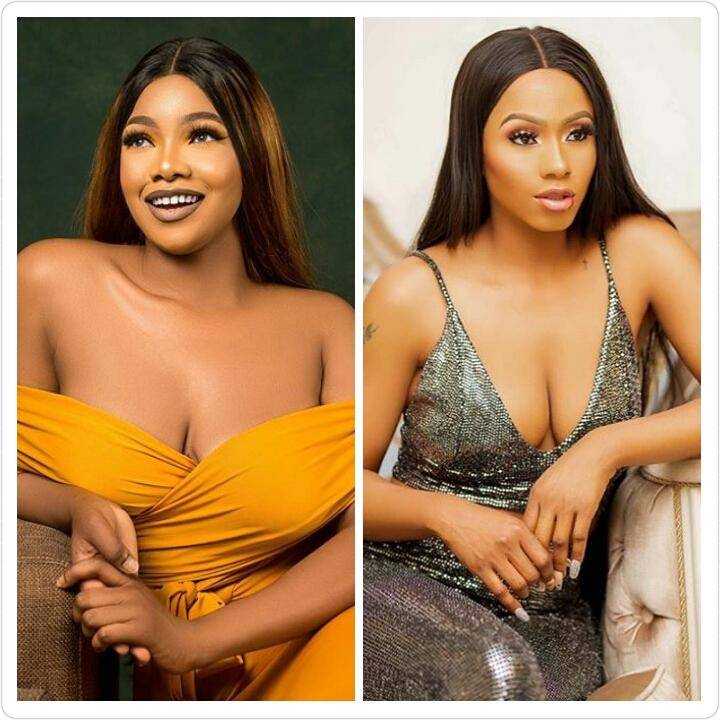 It seems the beef between Ex BBNaija housemates, Tacha and Mercy Eke isn't ending anytime soon, as both continued their beef at the BBNaija Reunion, show which brought all the ex-housemates together under one roof again, after months of going separate ways.

As usual, fans were not disappointed as Tacha gave them what they wanted by showing that the beef between her and Mercy Eke is not over yet.

Both stars have been rivaling each other right from the 2019 reality TV show which saw them fight each other with unprintable names flying in the air.

At the end, Tach got disqualified while Mercy went on to win the N60 million prize money.

As soon as the show was over, Tacha and Mercy took their beef to social media with different hashtags attacking each other.

They have also been working towards appearing to be more successful than the other.

Both of them have also gone on to flaunt their own reality TV shows, which perhaps must have made Tacha to make the statement

“I’m too original to want to act like another person”.

"I’m Too Original, To Act Like Someone Else" – Tacha Shades Mercy Eke At BBNaija Reunion