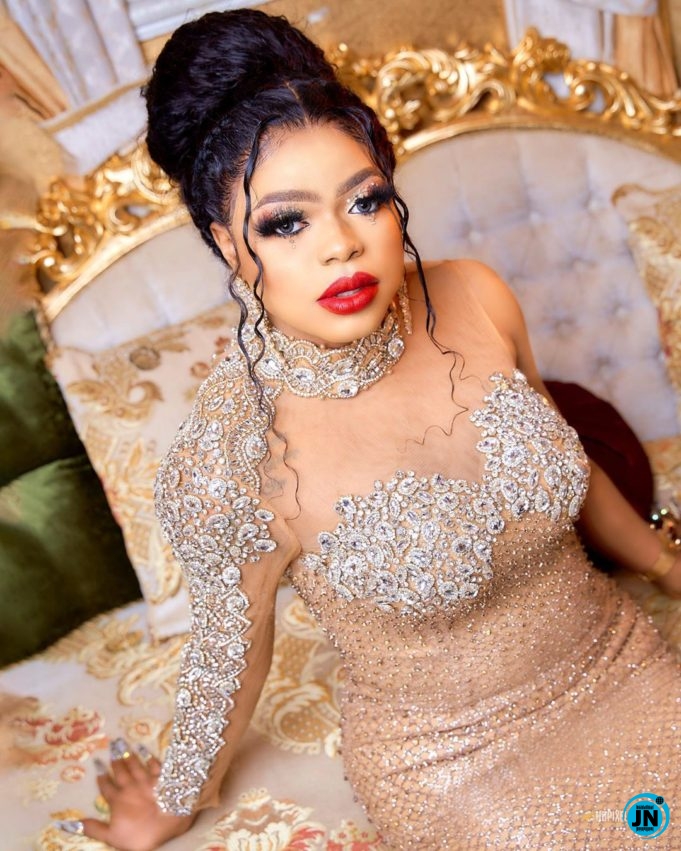 Last Sunday evening, saw the disqualification of one of the contesting Big Brother Naija season 5 housemate, Erica, over her constant infringement of the rules, guiding the Big Brother's house, and this has since caused a stir on various Nigerian social media platforms. While her fans known as the 'Elites' are trying to keep up and stay strong over the  disqualification of their favourite housemate, others are totally elated by her removal.

Few hours after her disqualification, her fans decided to setup a fundraising campaign for her on popular fundraising platform, GoFundMe, and in just 3 hours after the campaign was launched, more than $9,000 has been raised.

However, the organisers are targeting $100,000 to support the disqualified reality show contestant.

Also on the list, is popular Nigerian socialite and cross-dresser, Bobrisky, who also took to his Instagram page, to show his support for the ex housemate, as he revealed that he’ll be supporting her with a million Naira.

According to the self-acclaimed Nigerian Barbie doll, he’s only sending the money to Erica to show his support for her after she erred and accepted her mistake, further saying that, because she made a mistake, she shouldn’t be ignored.

See his posts below, 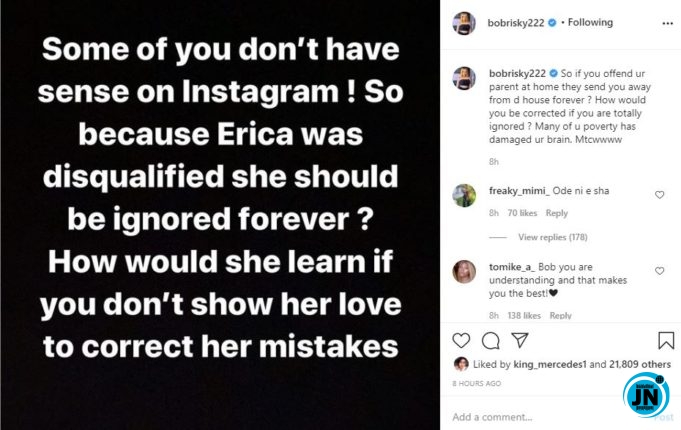 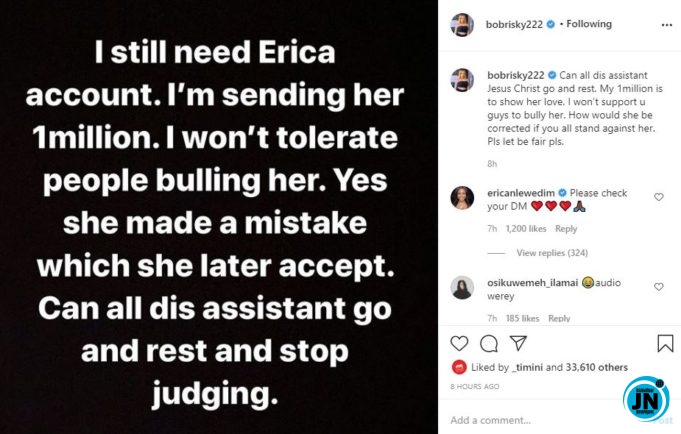 You slept with men to buy a bag of 10 million naira, Fan drags Lilian Afegbai
Davido Set To Give Out 2 Million Naira, Here Is What You Need To Do To Win
“I’m Sending Erica N1million Naira, To Show Her Love” – Bobrisky Claims (Photo)
Bobrisky set to gift family of Jimoh Isiaq 1 million naira, after losing his life to #EndSARS protest