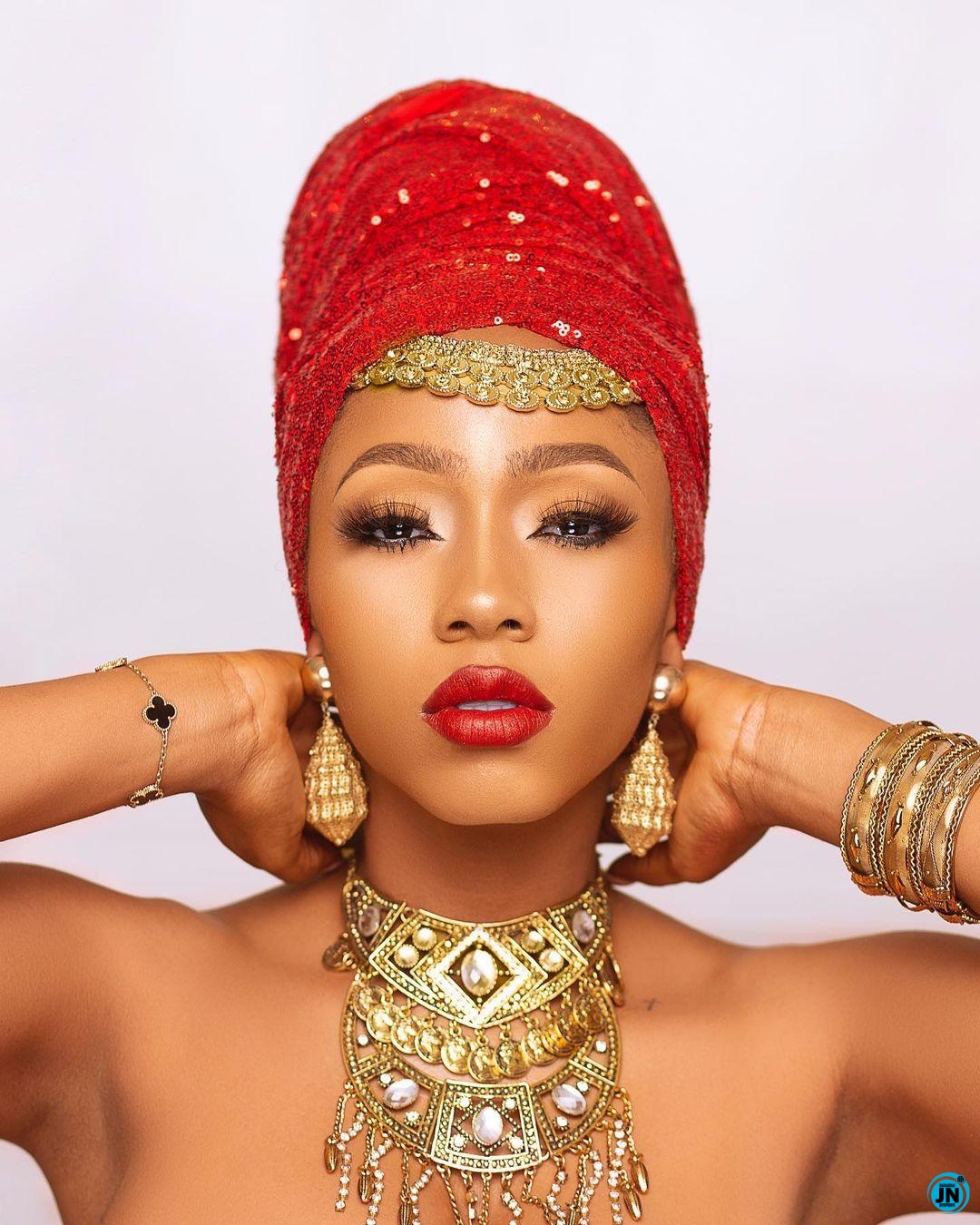 Queen of the highlight as she’s fondly called by her fans said she’s now officially a kind, after waking to see herself trending all over social media.

According to her, her 2021 started yesterday. ‘All hail King Mercy’, she pens as she declares that sh’s too powerful. 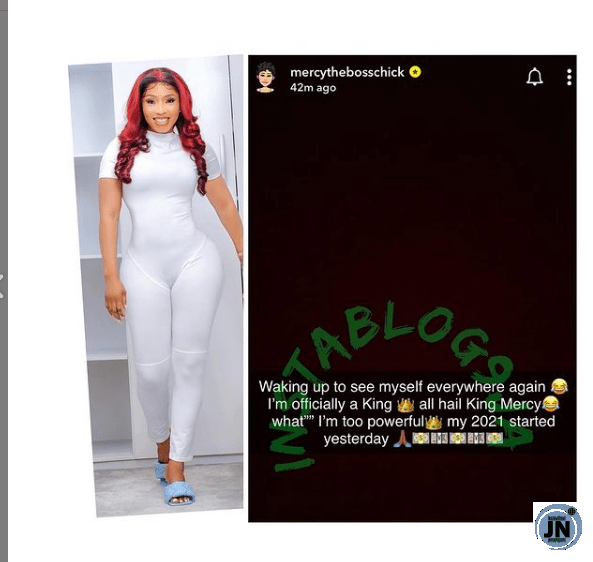 The BBNaija star has been one of the highlights of the previous edition after winning the show to walk home with N45 million.

She was won much ambassadorship deals after leaving the house since 2019.

‘Mercy Aigbe Still Part Of Me’ – Lanre Gentry
Mercy Eke breaks down in tears as she buries her father in Imo State [Video]
Iyabo Ojo didn’t entirely snub Mercy Aigbe on her 43rd birthday, see what she did low-key
Reality star, Mercy Eke splurges on new Range Rover as she turns 27