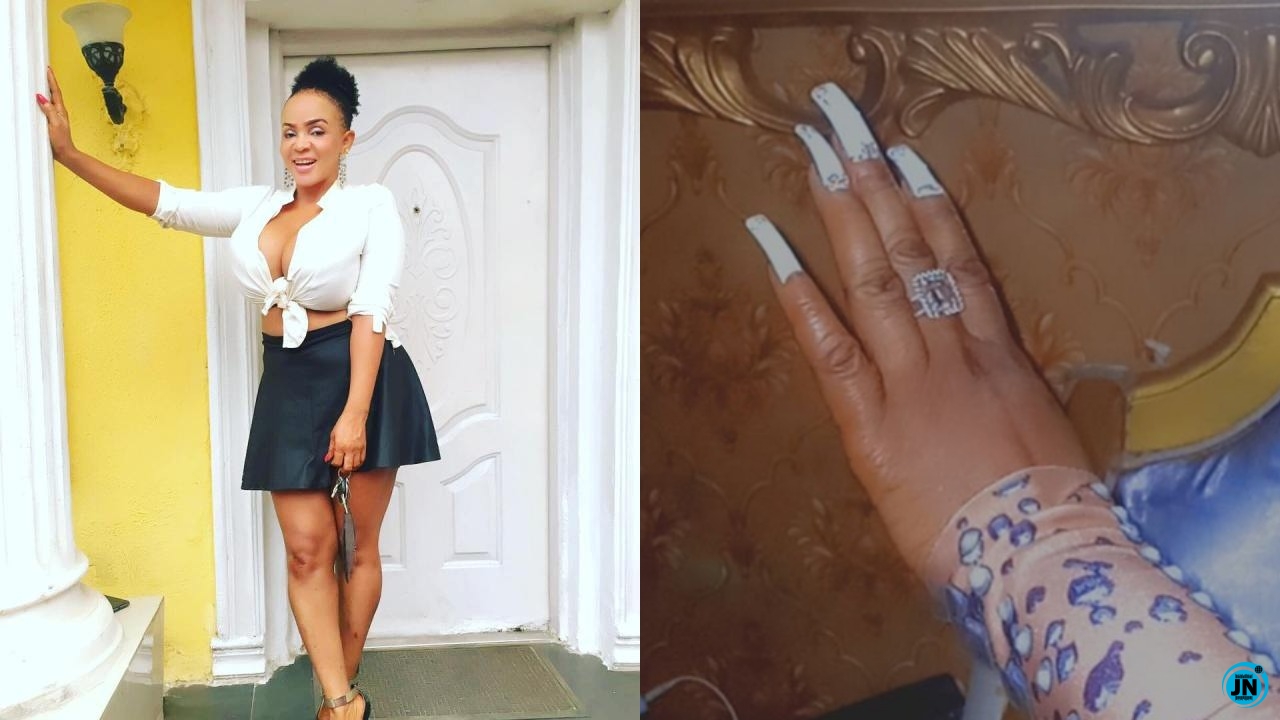 Nigerian actress, Cossy Ojiakor is finally set to walk down the aisle with her German-based boyfriend, Abel Jürgen Wilhem.

The voluptuous diva has shared her love story, marriage plans as well as having child in near future.

Speaking in an interview with PunchNews, The busty actress said;

“I have always wanted to have a child at an older age because my mum had us when she was young, we all grew and left her.

So, I didn’t want that for myself. Now I have seen that man that I want to have baby for. Even if I can’t, I’ll use a surrogate. I am ready for marriage and would be getting married soon.

I had always wanted someone that would be crazy about me even after knowing that I am controversial. I had dated someone that the mum stormed my house to warn me that her son would never marry me.

I felt bad. My fiancé is so crazy about me. I dared him to tattoo my name on his body and he did more than 5. He also added a poem tattoo on his body for me. His parents are late, same as mine, so we are cool,” she told Sun News.

The Anambra State born multi talented actress also hinted that she might quit acting to face her marriage soon.”I have been acting for a while now, I think its time I took break or even retired.

I should be retired by now. I am just taking things one step at a time,”

“When I broke my leg, I came to realize that life is not about money and hustle, it is all about true happiness. Be happy and enjoy your life.

Aside acting, I still earn from my investments. When I was younger, I did lots of investments. I was one of the first actresses to build houses in Lekki, Lagos Island.

Now the investments are paying; I don’t even need to work to have the kind of life I want.”

No Nigerian Blood Needs To Be Spilled During A Peaceful Protest That Seeks To Advance Our Country – Former President, Goodluck Jonathan Speaks On #endsars Protest
Diamond Platnumz speaks Of his health while on phone with his worried mum
#BBNAIJA2020: "I Felt Bad For Wathoni After Kissing Erica" – Kiddwaya Finally Speaks Out
#BBNaija: Tolanibaj Speaks On Eviction, & Also Future With Prince