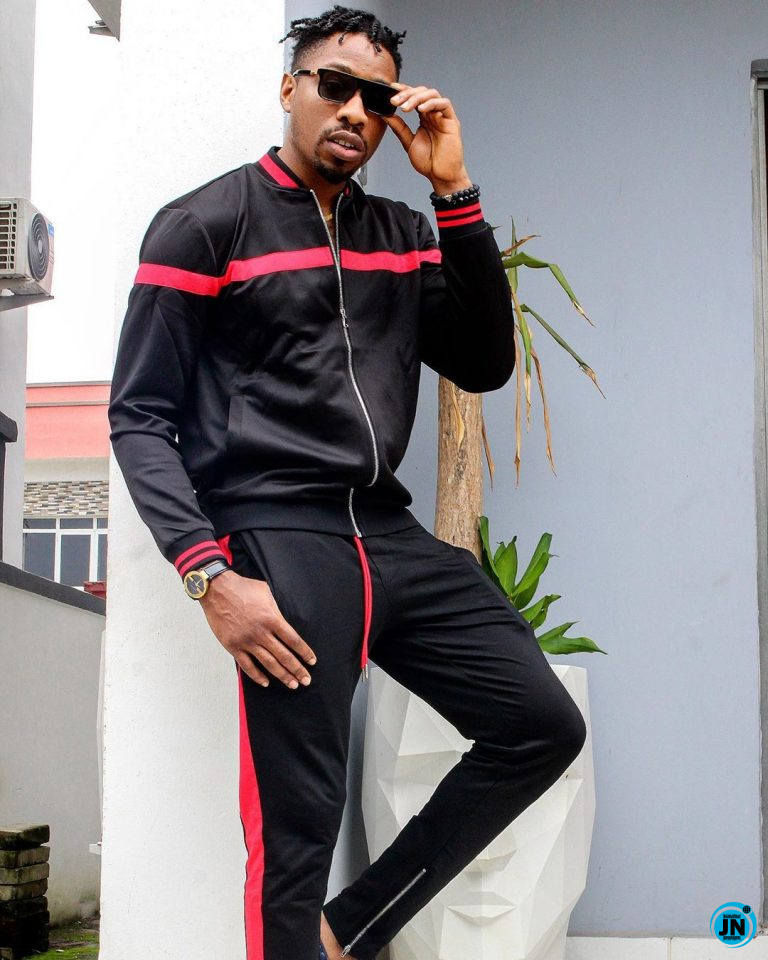 “Ike You Should Be Glad That Mercy Picked And Cleaned You Up" Fan Blasts Ike.

Some fans of BBNaija 2019 edition winner Mercy Eke, have come hard for former housemate Ike Onyema after a video of him conversing with Tacha during a live video, trended on the internet.

According to the fan in her tweet, she felt Ike behaved so immature reason being for going live with former housemate Tacha, she further went ahead to throw insults at him, saying he had putt them to shame.

The fan whom goes by the name Official Cegar blasted Ike for betraying their queen Mercy Eke, saying;

“Ike you should be glad that Mercy picked and cleaned you up, but like they said, a pig would always remain a pig”.

Another also stated that Ike is giving their enemies weapons to humiliate them and that they deserve any insult the Titans would throw at them today.

See their posts below; 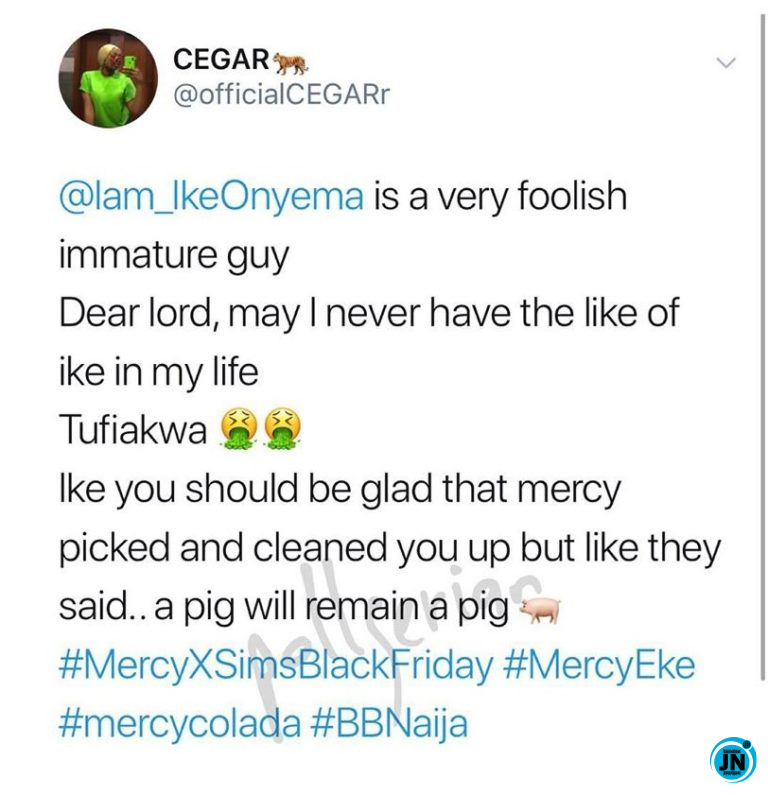 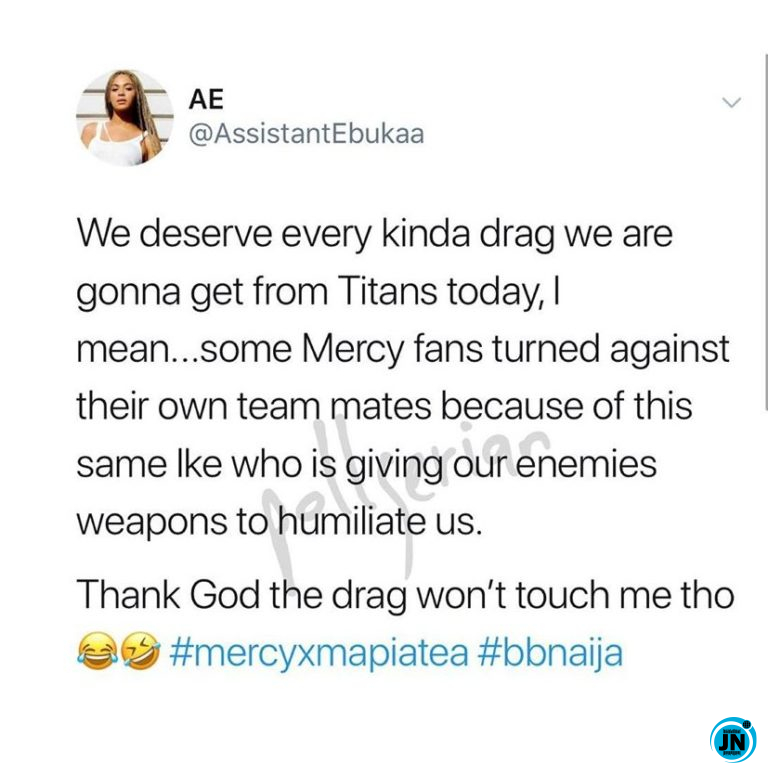 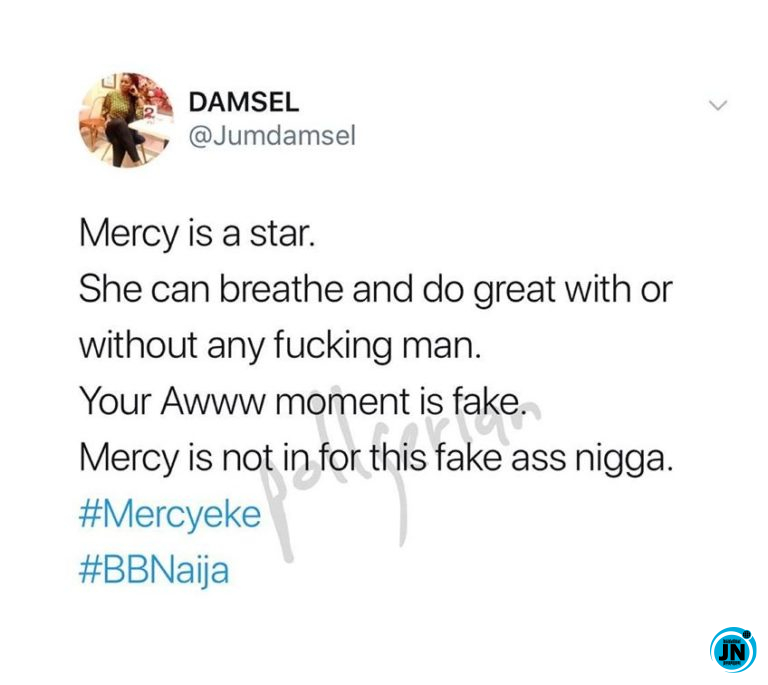 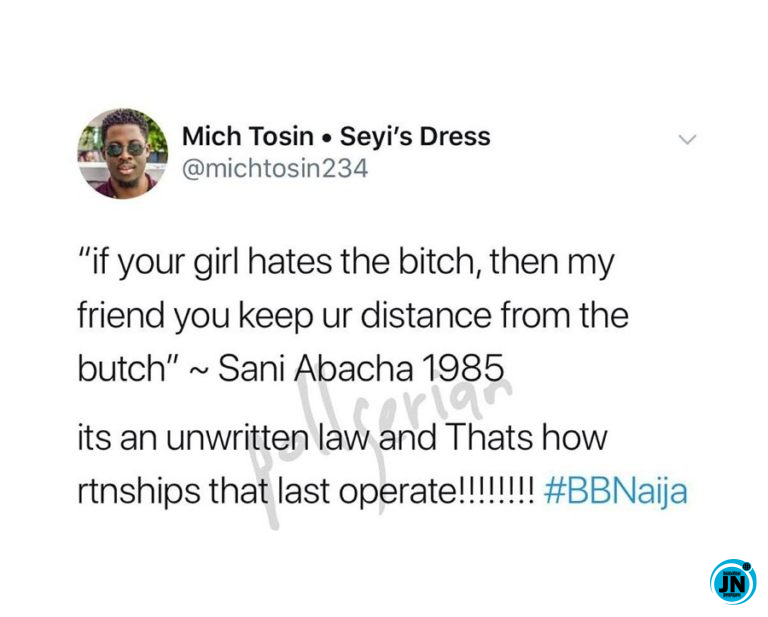 ‘You Can Never See Me Hanging Out With Broke Ladies’ – Bobrisky
AKA Mocks Nigerians 'We Hosted The World Cup, You Hosted Cardi B'
'It Is Okay If You Don’t Like Me' – DJ Cuppy
Singer, Sinach Gets Honoured With A YouTube Gold Plaque
‹‹‹ 1 Last
(Pages: 1 )