“Ignore him, he’s an ingrate” – Eedris Abdulkareem fires back at Timaya
Posted by 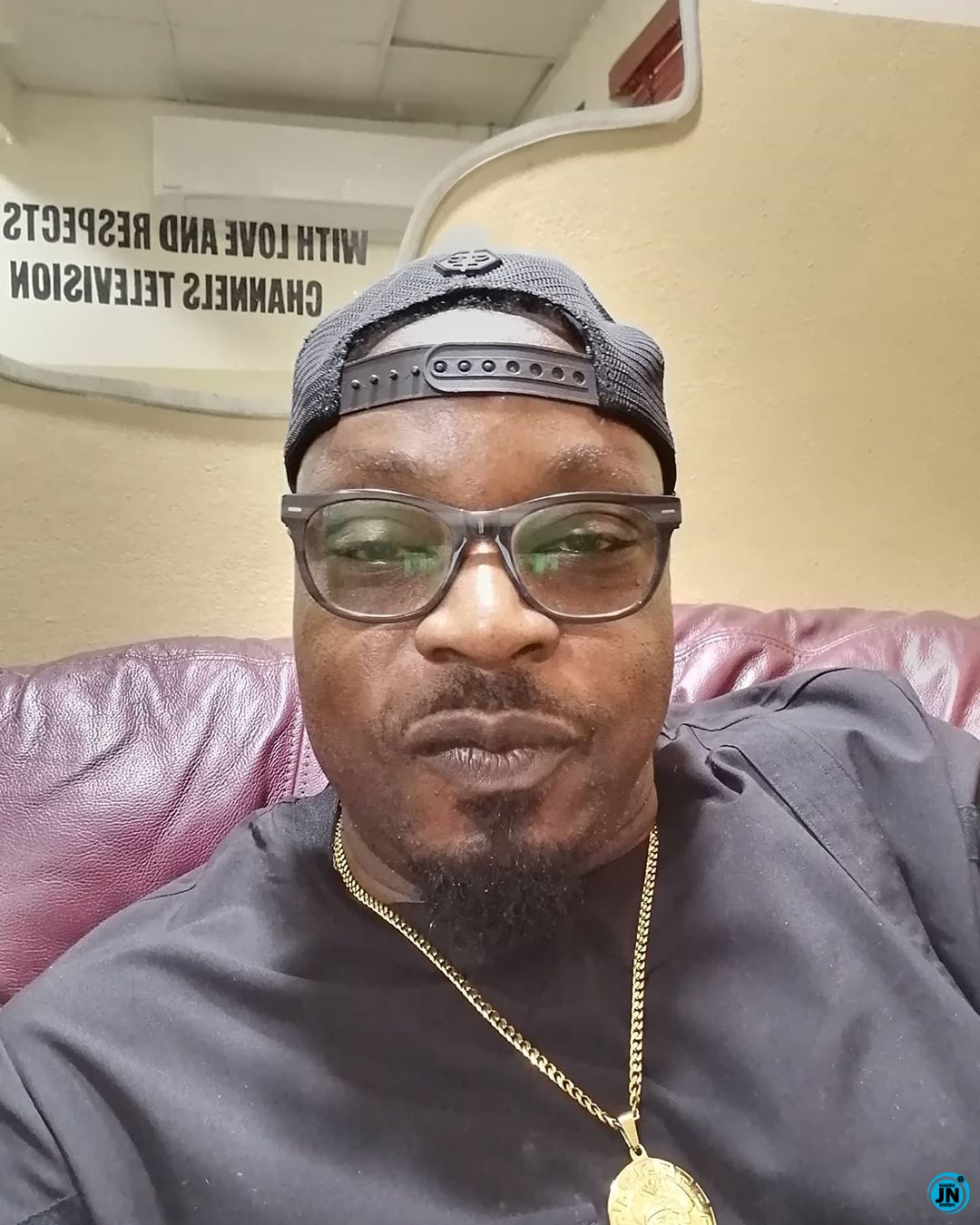 Popular hip-hop artist, Eedris Abdulkareem has sent out his own blow as regards the fracas that erupted between him and the popular musician, Timaya.

The brawl ensued back in 2017 when Eedris Abdulkareem asserted that he made Timaya who he is today, and was the brain behind him raising to fame and limelight.

He claimed that the confidence he impacted in Timaya is what has brought about his huge successes.

In reaction to this, Timaya rained some unfriendly words on him as he described him as an idiot and a dirty ‘Igbo’ smoker. 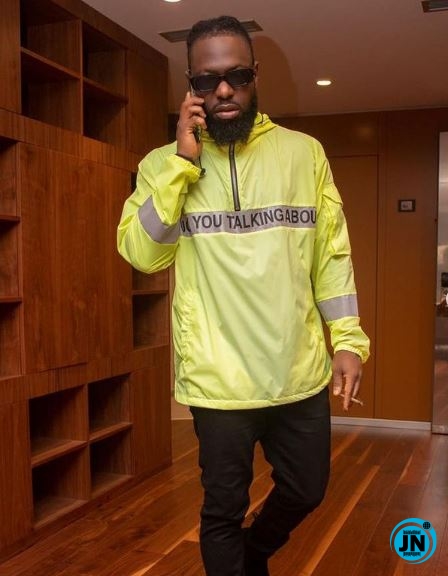 In a recent development, while reacting to comments that reprimanded the act exhibited by Timaya, Eedris wrote:

“An ingrate is an ingrate, ignore him.” 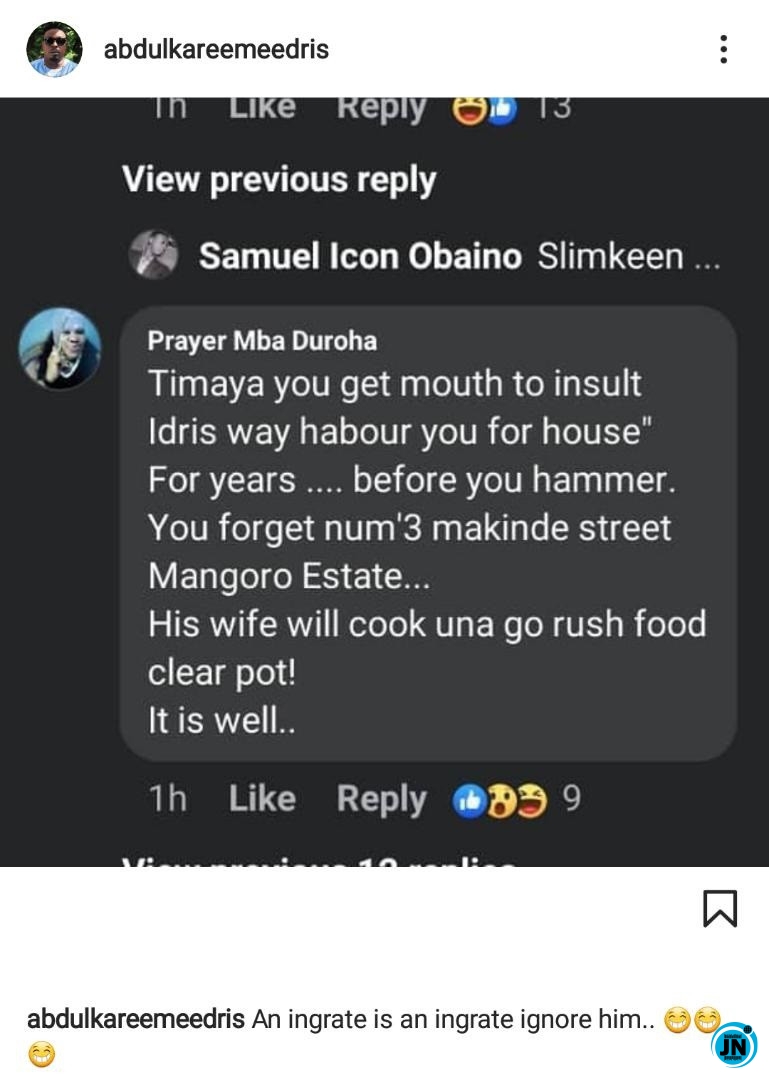 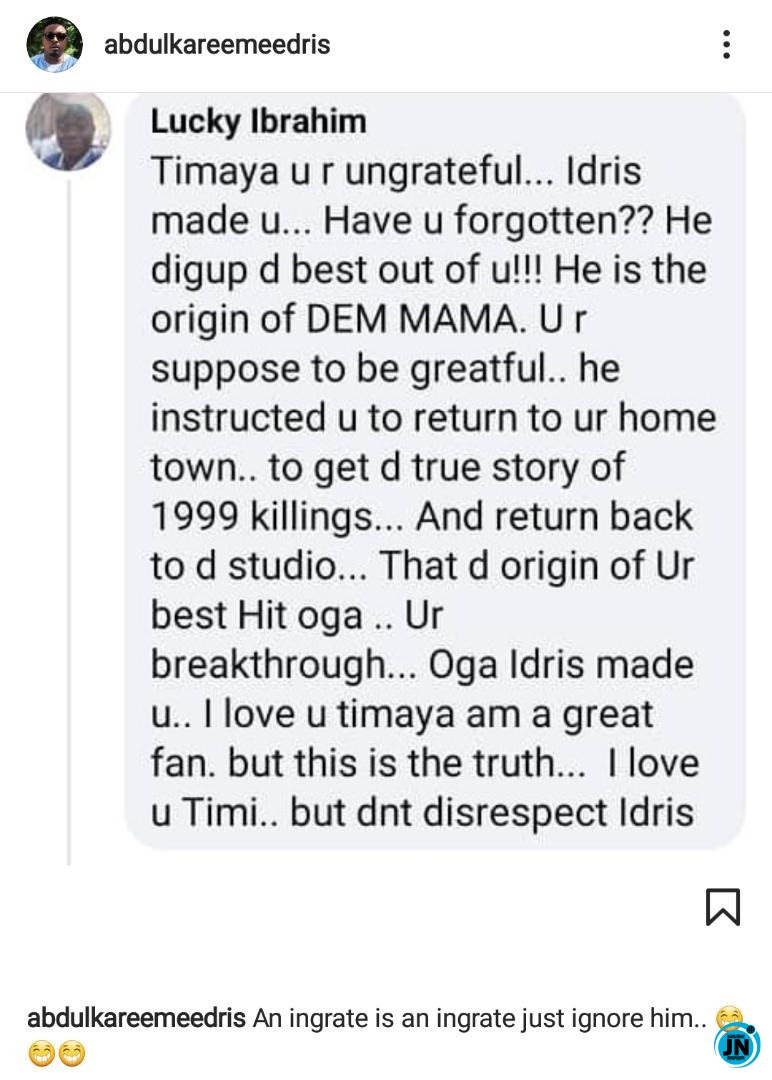