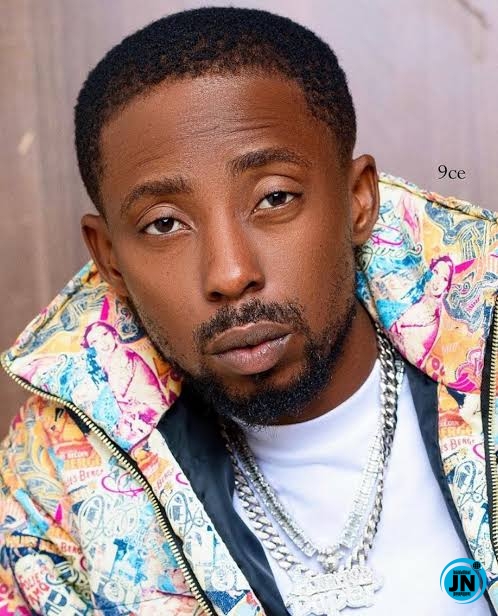 Popular rapper, Erigga has told rappers who feel resentful over what WizKid said about rap music to accost him when he comes to Lagos.

Fans and artists have been thrown into a debate on various social media platforms after WizKid declared the rap genre dead and boring. 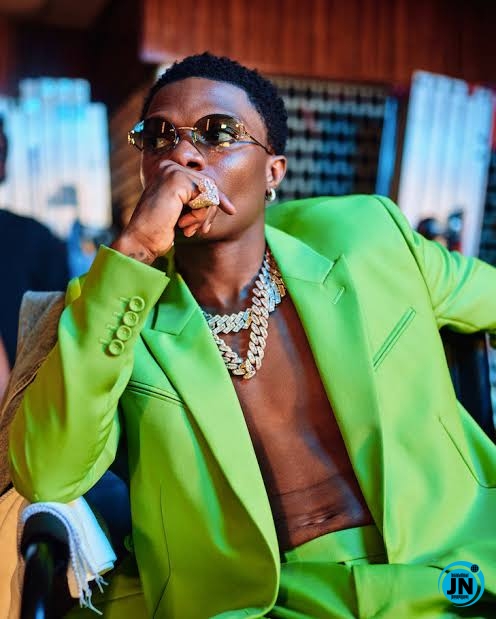 Some Nigerian rappers have expressed their dissatisfaction online over his statement.

Erigga has told those who feel offended by Wizkid’s declaration to stop him when he comes for his show in Lagos.

“If watin wiz talk pain una well well, e get show for lagos make una block am !!! Bring out all the guns y’all rap about 🤣😂 I too love vawulence,” 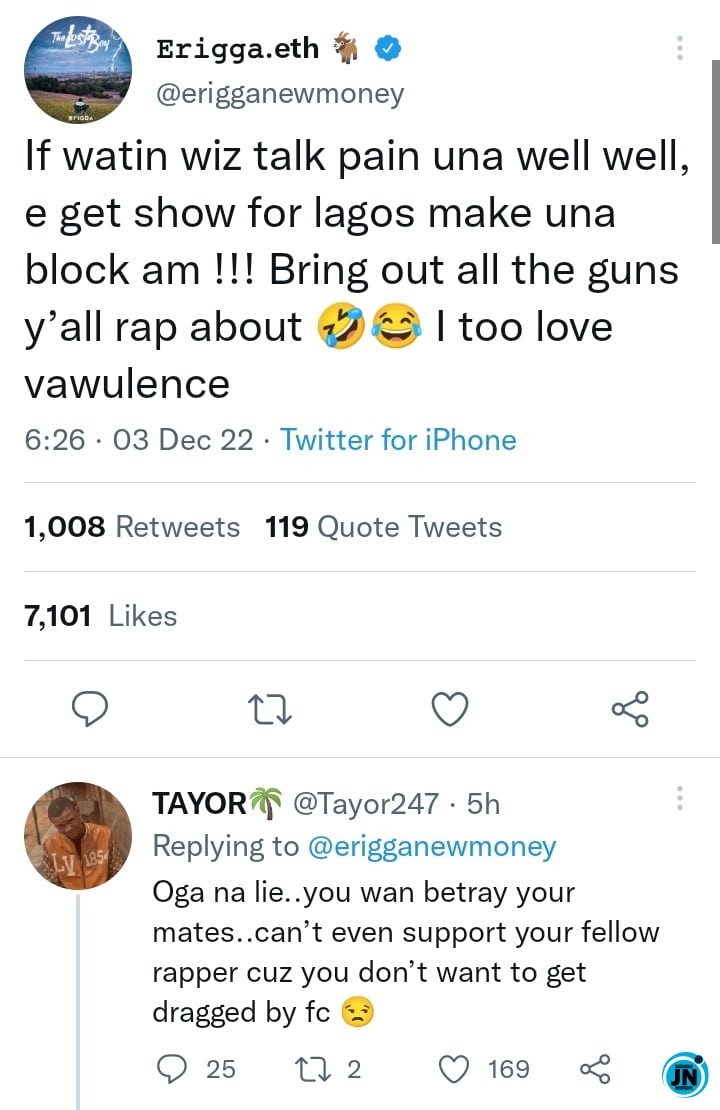 See How A German Citizen Lashed Out At A Nigerian For Insulting Wizkid On Twitter
#BBNaija: “I don’t want to be around people I don’t want to be with” – Maria rejects Liquorose’s movie offer after being nominated for possible eviction
“I apologize for living a lie” – Chacha Eke ends 9-year-old marriage with husband, reveals reason for split
Fireboy DML Unveils Release Date & Tracklist For Upcoming Album; “Laughter, Tears & Goosebumps”