If my husband messes up, I’ll still marry another person making it four baby daddies. Is it your womb? – Toyin Lawani claps back at critics (Video)
Posted by 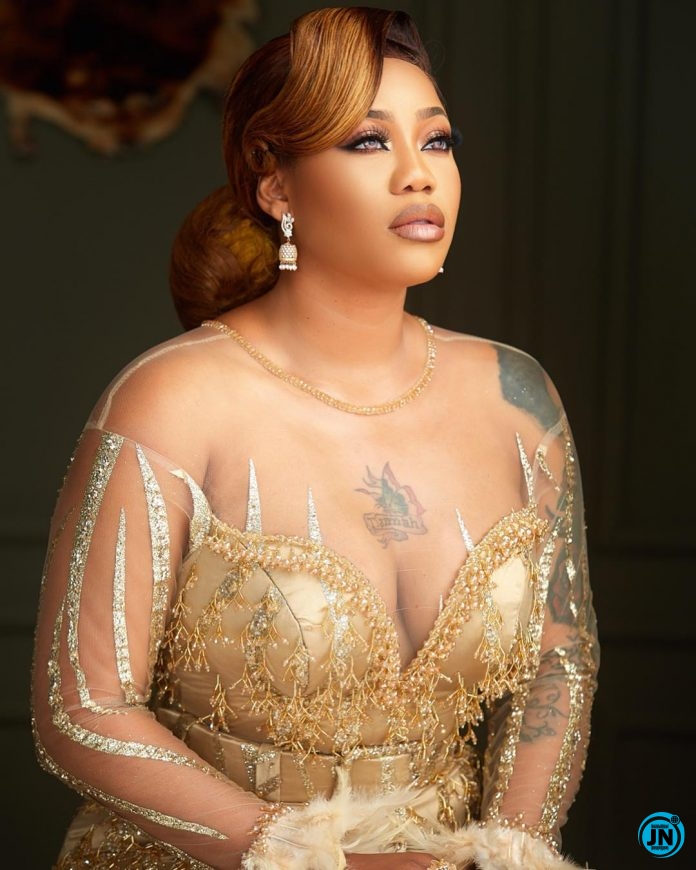 Popular fashion designer and entrepreneur, Toyin Lawani has replied those who are ridiculing her for having three kids with three different men.

Lambasting those chastising her for having kids with different men, she revealed that if her husband messes up, she’d leave him and marry another man, if she finds love, thus making it 4 kids, four different Fathers.

She also revealed that even if the fourth one still messes up as well, and she finds love again, she’ll marry the fifth making it five kids five different Dads.

She questioned the trolls trying to make her feel bad about her kids, asking if it’s their womb she’s using.

Such lifestyle depicts a sower who keeps planting BUT not a mother. It's just a matter of time, she will understand the danger.