Business enthusiast now reality star, Kiddwaya has stated in his ongoing media rounds that he would not have given Erica anything if he had won the Big Brother Naija reality show prize money. 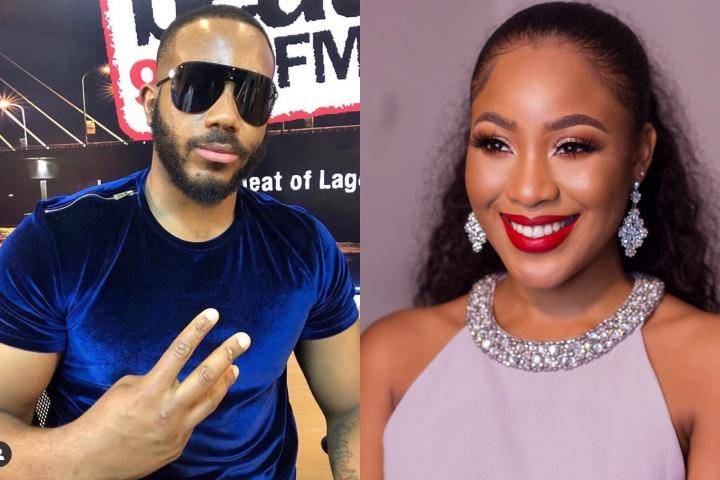 Recall that his father, Terry Waya had stated after Erica’s disqualification that if his son wins the 85 Millions Naira Big Brother Naija cash prize he give half of it to charity and the rest to Erica.

Terry Waya said this in an Instagram love session with popular Nigerian journalist, Dele Momodu and gathered a lot of reaction then.

This however is trending on social media now and has made its way to Instablog9ja where multiple reactions have been gotten. 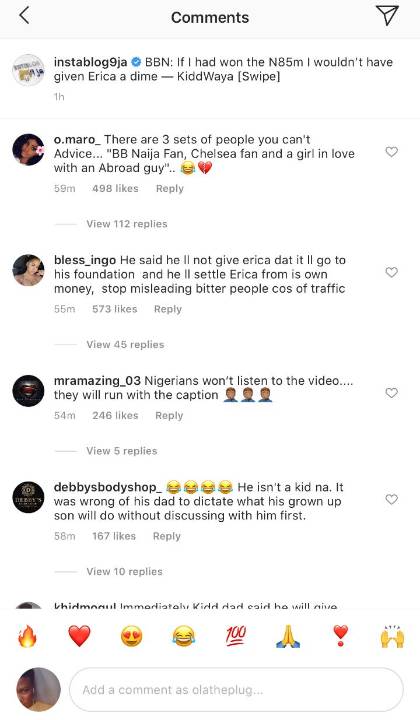 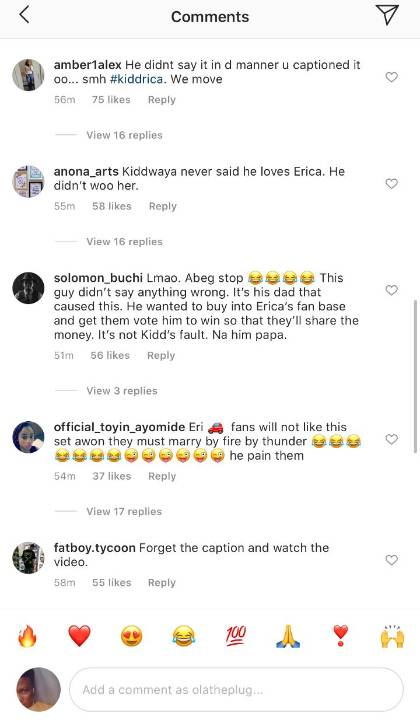 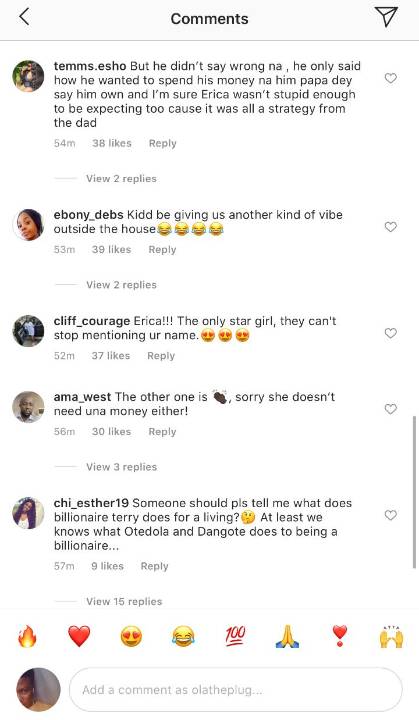 Goodluck Jonathan reveals why restructuring won’t work in Nigeria
‘I Won’t Be Using Your Useless Airline Again’ – Naira Marley Replies Execujets
Why Wizkid Won’t Release ‘Made In Lagos’ On July 16, This Is What He Might Do
'Lockdown Won't Stop Nigerian Men From Cheating On Their Partners ' – Actress Wini Lazarus