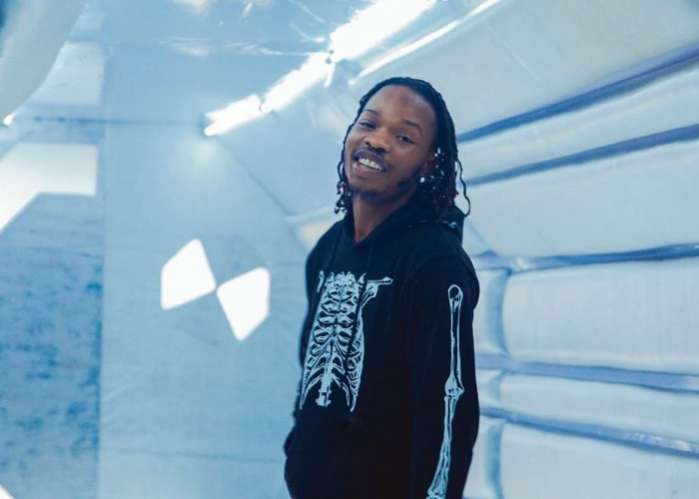 Rapper Azeez Fashola, popularly known as Naira Marley, Has Responded To ExecuJets, Who Branded Him And Other Members Of His Team “A Bunch Of Useless People,” For Using The Company’s Jet For An Abuja Gig On Saturday, June 13, 2020.

ExecuJets has been suspended by the Minister of Aviation Hadi Sirika for violating the ban on interstate travel in COVID-19 era, after airlifting Marley and his crew to Abuja for a drive-in concert that panned out differently.

Responding to the Backlash's and criticisms from Nigerians, the airline released and official note, which reads;

“WHEN I WENT THROUGH THE MANIFEST AND I SAW FASHOLA BABATUNDE I THOUGHT IT WAS THE HONORABLE MINISTER OF WORKS GOING TO ABUJA WITH HIS MEN, SO WE DECIDED TO DO THE FLIGHT SINCE IT IS A SERVING MINISTER OF THE FEDERAL REPUBLIC OF NIGERIA, I DIDN’T KNOW IT WAS A BUNCH OF USELESS PEOPLE,” EXECUJET’S CEO, SAM IWUAJOKU, WROTE IN AN APOLOGY LETTER TO THE AVIATION MINISTER.

In his reaction, Naira Marley says he and his army of Marlians will be boycotting the airline company henceforth for daring to tag them “useless.”

“DO YOU KNOW THAT OVER 20,000 MARLIANS TRAVEL WITH EXECUTIVE JET A MONTH? WE WON’T BE USING UR USELESS AIRLINE AGAIN FOR CALLING US USELESS. THANK GOD WE DIDN’T CRASH ON THAT FLIGHT SHA BECAUSE WE NEARLY DID. BTW WE DIDN’T BOOK THE FLIGHT OURSELVES,” MARLEY TWEETED.

“LOOL THEY ASKED FOR OUR NAMES ON THE JET THOUGH AND LOOOOOOOOOOL UR PILOT IS A MARLIAN AND EVERYBODY THERE IS A MARLIAN TOO.. MY NAME IS AZEEZ ADESHINA FASHOLA AND MY LIL BROTHER’S NAME IS MOSHOOD BABATUNDE FASHOLA. AND U WAS BEGGING ME TO TAG Y’ALL.”