Popular Nigerian reality TV star, Khafi Kareem has just taken to her Instagram account to reveal she was supposed to get married today but it is now cancelled.

Well, due to the ongoing pandemic that has stricken the whole world this has forced the wedding of Khafi Kareem and Gedoni to be cancelled.

Recall, Gedoni proposed and engaged Khafi since December 25th in Cape Verde and since then a marriage between the two has been on the cards.

The duo met their self during the last edition of the most watched Nigerian reality tv show, Big Brother Naija 2019 (Pepper Dem) and since then their love have continued to wax stronger.

Now the wedding which was supposed to be held today is cancelled.

“lot of people don’t know this but I was supposed to be getting married today... The story time is out on my channel now.”

Then she said more about the whole story on a recent video on her YouTube page. You can go watch it there 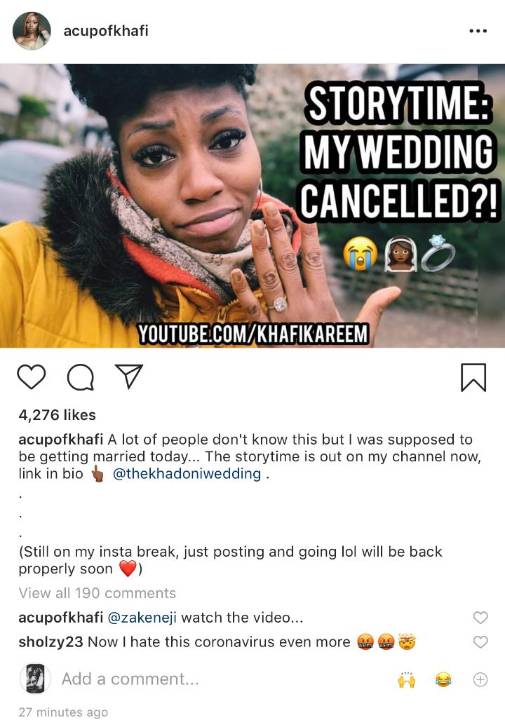 However reactions have followed her revelation on social media and you can see them below: 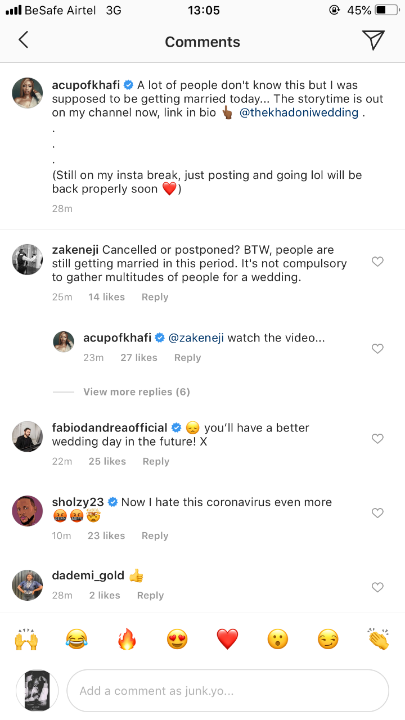 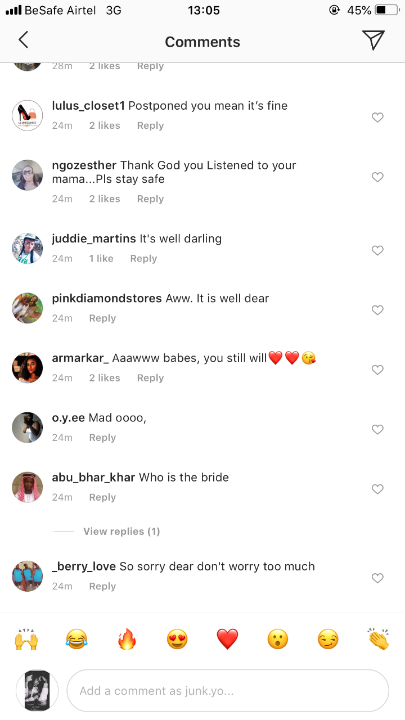 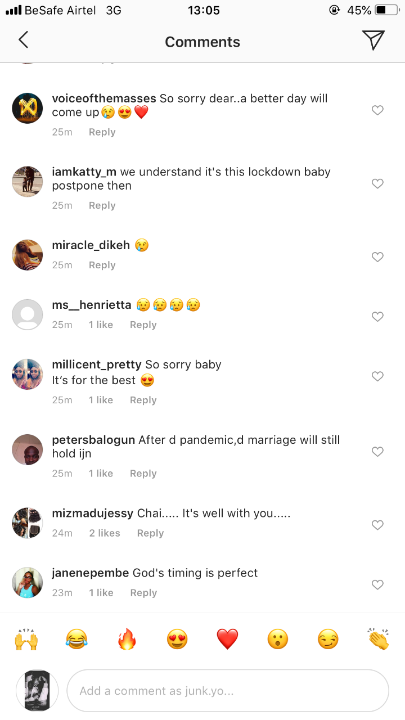 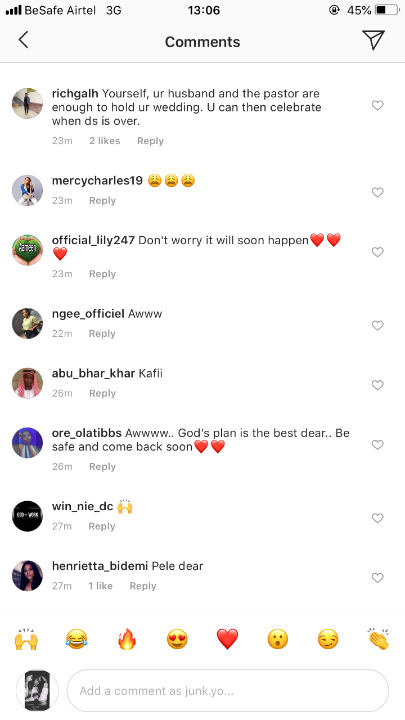 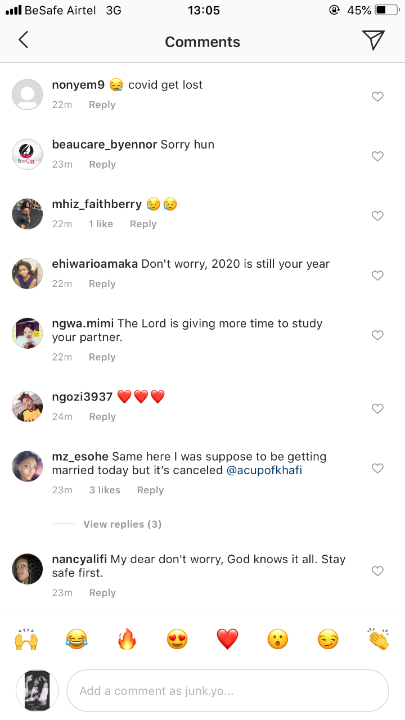 Alleged Car Theft: Naira Marley Begs To Settle Out Of Court
You Will Love These Photos Of Tonto Dikeh And Regina Daniels
I dumped Ike months ago – Mercy Eke finally speaks, confirms she’s already married to someone else
Olamide Reacts As Wizkid Is Set To Drop 4th Album