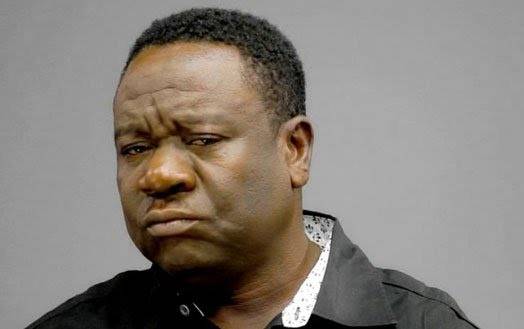 John Okafor aka Mr. Ibu revealed a moment he was almost eaten by cannibals like a scene from a horror movie.

He revealed that the incident took place in an unnamed village at a film location.

Mr. Ibu said that after filming in the village, his colleagues had wrongly left him behind at night.

“My colleagues left me on set by mistake late in the night after shooting,” he told Daily Sun.

“However, the location manager had earlier admonished us to move in groups because, in the community, they eat human beings. However, it was quite late when we finished.

“We had two location buses and I was already sitting on the bus in front but because I was manager, I said let me organise the people on the bus behind before we moved.

“As I alighted, the bus in front zoomed off and before I made it to the second bus it also moved. I kept shouting as I chased both buses but nobody heard me and I was left alone.”

Mr. Ibu said that when he heard two male strangers speaking in a language he could understand, his fear multiplied, especially after remembering what the location manager told him.

The two men talked about how tasty his flesh would be, he says.

The popular thespian explained that in the language they spoke, he approached the men and welcomed them and they were surprised.

At this point, he said, he was told by one of the men to be prepared to run as he was in danger for his life.

He revealed, however, that a crowd gathered around him and felt like a trapped animal that was about to be led to the slaughter.

Mr. Ibu said his friends started calling out his name from afar at this time.

“They had returned just on time to rescue me with a team of policemen and vigilante. I was greatly relieved. The ordeal lasted for about two hours,” he disclosed.

an hour and 23 minutes ago | Entertainment

5 Times Iyabo Ojo's Daughter, Priscilla Showed Us She Is A Beauty To Behold This 2020

Is BBNaija’s Venita Getting Married? These Pre-wedding Pictures Are Causing Confusion