But, Bieber expressed dissatisfaction at the nomination category, stating that his album was set out to be R&B, not Pop.

“To the Grammys, I am flattered to be acknowledged and appreciated for my artistry. I am very meticulous and intentional about my music.

Bieber, however, expressed gratitude to the Grammys organizers for nominations and for respecting his music.

His post added: “Please don’t mistake this as me being ungrateful, these are just my thoughts take them or leave them.” 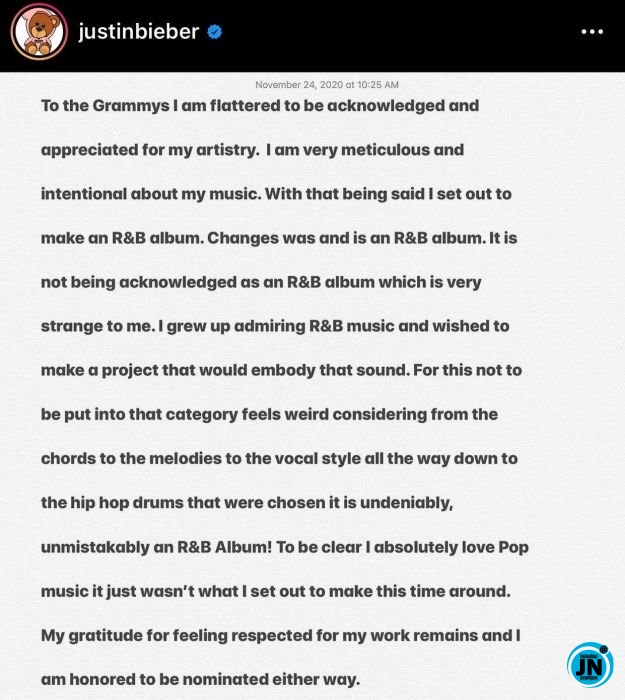 Wizkid To Release 'Essence (Remix)' Featuring Justin Bieber, With 'Made In Lagos (Deluxe)' On The Way (Report)
Watch Justin Bieber Perform Essence Remix In Vegas
I Should Be In R&B – Justin Bieber Complains About Grammys Nomination
Veteran singer, Tuface Idibia celebrates son, Justin on his birthday