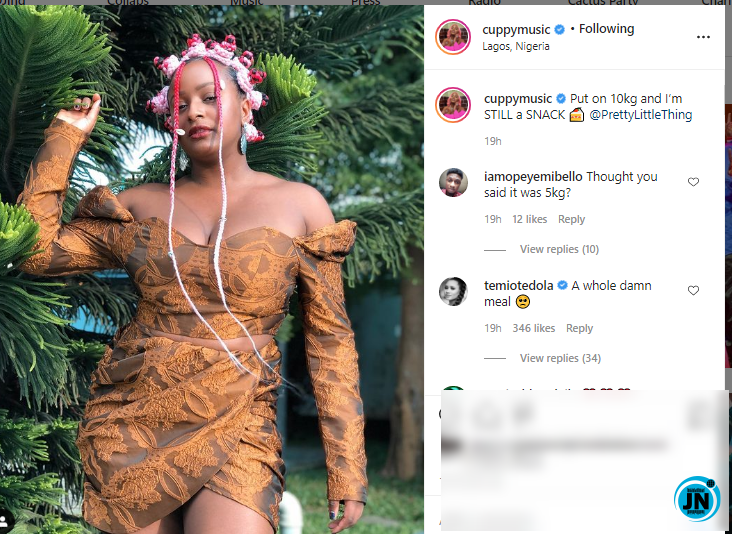 Popular Nigerian disc jockey and producer, Florence Ifeoluwa Otedola, professionally known as Cuppy, took to Instagram to brag about how much weight she has added.

According to Cuppy, she added a whooping 10kg and she is still very beautiful.

Sharing a photo of her new body, the 28 year old wrote;

Recall that few days ago, controversial celebrity barman, Pascal Okechukwu also known as Cubana Chief Priest called out DJ Cuppy over allegations that she was disturbing him.

According to Cubana, the DJ won’t stop tagging him in the photos of herself that she has been posting on Instagram.

Sharing a screenshot of the tags as an evidence, the controversial Instagram celebrity wrote;

“@Cuppymusic please stop tagging me carelessly, dem send you, Abeg free me, since yesterday till now.

BBNaija Star, Mercy Eke Reveals The Secret To Her Success