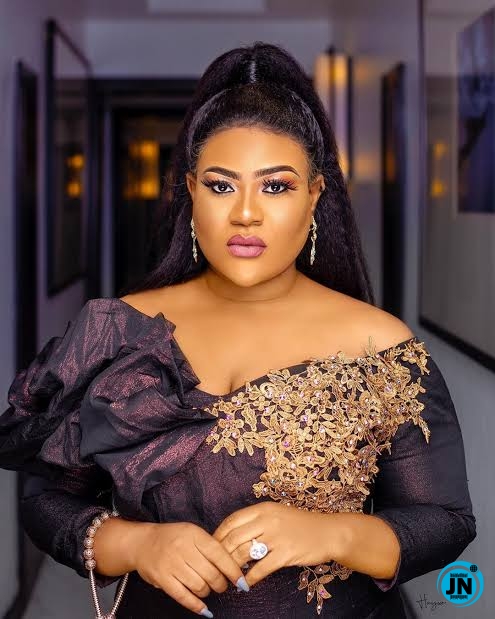 Popular Nollywood actress, Nkechi Blessing has replied her husband, Opeyemi Falegan, after he claimed that she came into his life for sxx and money.

The estranged husband of Nkechi Blessing, had claimed, in a recent video, that the actress had come into his life for two things which he listed as being sxx and money. 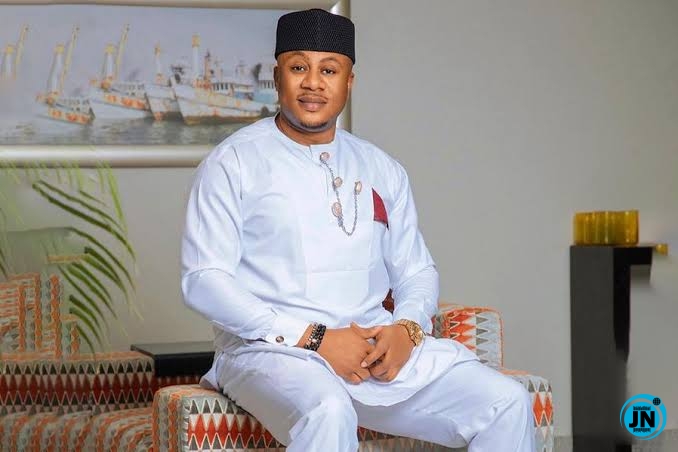 Replying to this, the actress has come out to reveal that she was the one feeding him, while he sleeps at home.

According to Nkechi, she cannot be feeding her family and still be feeding a grown man. 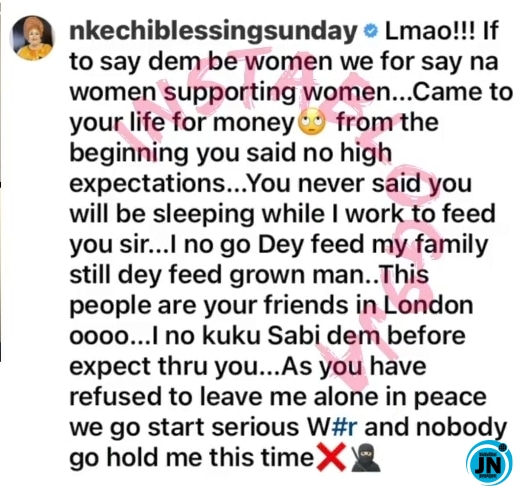 She shared a video of some men who she claims are the estranged husband’s friends in London; the friends stated that the knew the the guy (Opeyemi) wasn’t really what he claims to be; the knew he was a fake.

‘My new boyfriend has couple of houses in Abuja’ – Tonto Dikeh boasts | (Watch Video)
“Na Set Up…” – Ric Hassani Advises Peruzzi To Fall Out of Love
‘He gave me infection’ – Lady calls out movie producer, Adebayo Tijani for allegedly sleeping with her for movie roles
“Na them sing Ballon d’Or, but na you FIFA call for soundtrack” – Netizens react as Davido features on FIFA 2022 World Cup soundtrack