The African Giant, Burna Boy has finally reveal that he has Love for South Africa and Africa as a whole.

However, Award-winning Afrobeats star Burna Boy is scheduled to headline a concert in South Africa, just two months after he vowed never to return to the country following a spate of xenophobic attacks there.

Ahead of his performance in the Country, the Dangote crooner has reveals that he does not have any bad blood or grudges for South Africa, and that is part of the reasons why he'd want to go there and perform at the event to encourage Unity amongst Africans and African Countries. 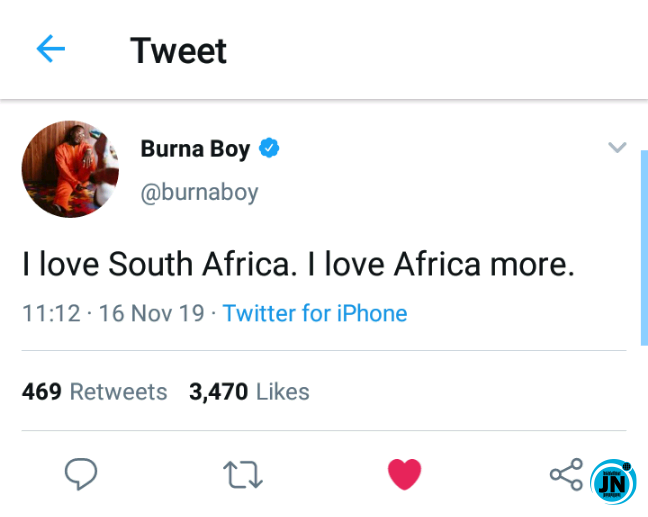 Burna Boy and his girlfriend, Stefflon Don enjoy a night out together (Video)
Teni opens up on reasons for choosing Davido on her album over Wizkid & Burna Boy (Video)
Grammy: Actress, Princess Shyngle confirms dating Burna Boy once as she congratulates him (Video)
“Burna Boy’s Arrogance Is One Of The Reasons I Want To Sleep With Him” – Lady Says