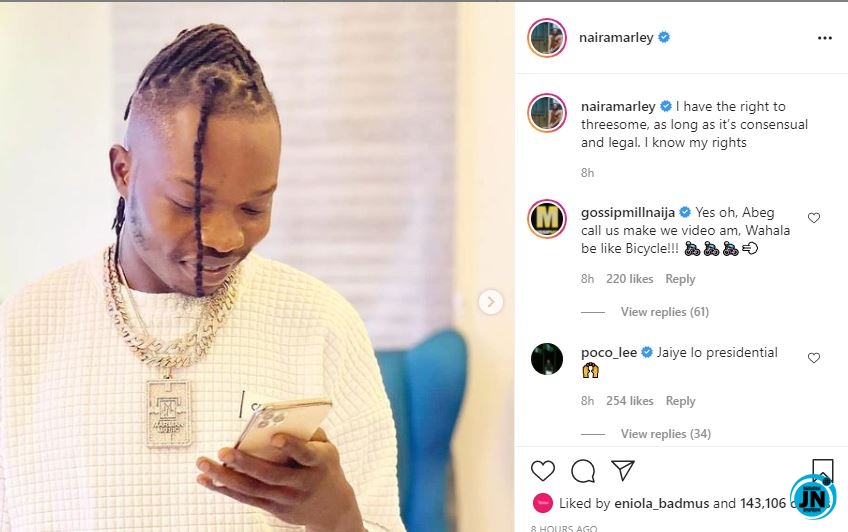 News had earlier reported that the singer, in a post on Instagram, revealed his intention to have sex with a mother and her daughter.

According to the singer, the mother should be younger than 40 years of age, and the daughter should be 18 years or above.

He wrote: I’m still gonna have sex with mother and daughter together one day she. The mum should be younger than 40 and the daughter should be 18 or above.

The statement generated several reactions on social media as netizens blasted the singer, saying he has no respect for women and he’s a bad role model and influence to youths.

Reacting to the backlash, the singer, in a post shared on Instagram, seems not to be remorseful about the statement stating he knows his right.