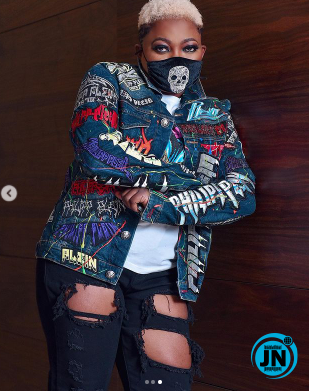 Actress and movie producer has pleaded with her fans to see her new movie Omo Ghetto, The Saga once it hits the cinemas on Christmas day.

Reminiscencing on the efforts she put into the movie, Funke Akindele after the successful star studded premiere of the movie on Sunday night, wrote;

#omoghettothesaga our movie!! Your movie!!I gave this project my all!!Guys, Please make sure you all go out to watch this movie from the 25th of Dec (XMAS DAY) in all cinemas nationwide!!!”

The movie Omo Ghetto (The Saga) is a sequel from Omo Ghetto which was released few years ago, directed by Abiodun Olarenwaju and produced by Funke Akindele-Bello.

An unfortunate incident sheds more light to their birth, paternity and troubling behaviour.

A sequel for this classic – Omo Ghetto (The Saga) – is set for cinema release December 25, 2020, The movie was first announced in February 2020 with Funke Akindele-Bello sharing a throwback photo of herself and Eniola Badmus on Instagram. 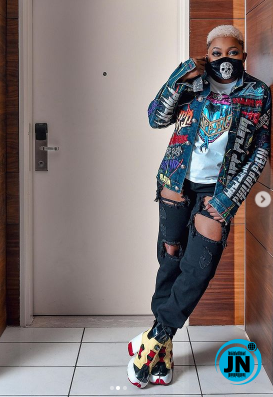 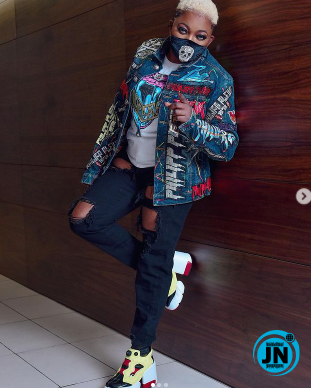 “Material things are not worth dying for” – Gospel singer, Frank Edwards reveals he gave out his only 2 cars
Brothers pay surprise visit to Akara seller who gave them free snacks everyday on their way to school 40 years ago
Man hails honest engineer who returned large sum of money he gave him to repair his AC after detecting it was a minor problem
See The Epic Response Zlatan Gave A Fan That Requested For A Favour From Him