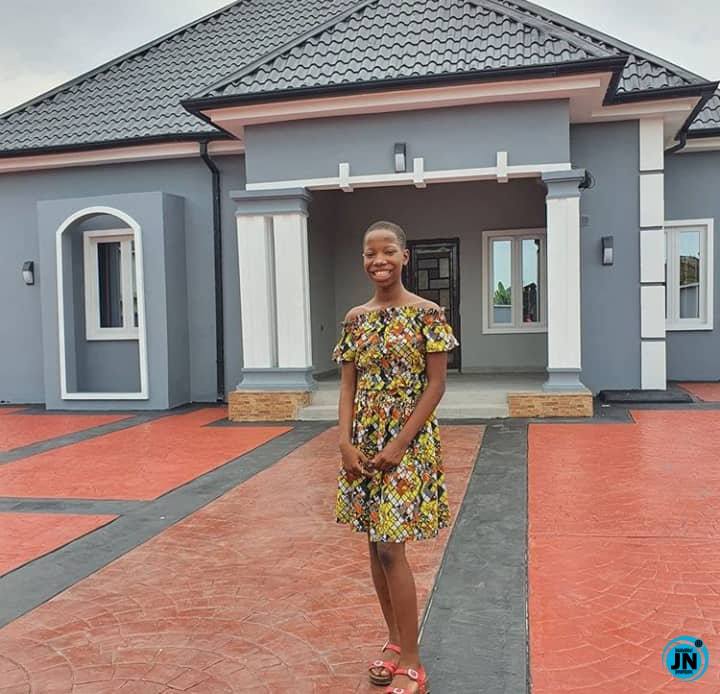 Popular 10-year-old comedienne, Emmanuella has spoken on how she achieved her dream to build a house for her mother.

Speaking during an interview with BBC, Emmanuella disclosed that she planned to buy a car for her father, but her uncle Mark reminded her of her promise to gift her mother a house.

According to Emmanuella, she began building the house last year. She said she contacted her manager and divided her money into four parts; one for the house, another for her family, and the remaining parts for the orphanage and her savings.

She further noted that her mom deserves an estate but she isn’t as rich as Dangote to get her one. She however promised to get her father a car soon.

Man who broke into Kendall Jenner’s house to swim naked breaks into Kylie’s after jail release
I just finished using the bathroom when I bumped into him – Davido reveals how he got a song with Rap legend, Nas
“Before I Go Into Politics, The System Must Change” — Davido Reveals (VIDEO)
See The BBNaija Housemate Who Has Secured An Ambassador Deal Just 2 Days Into The Show

may GOD continue to bless, its always happy for one to see changing life style of parents.