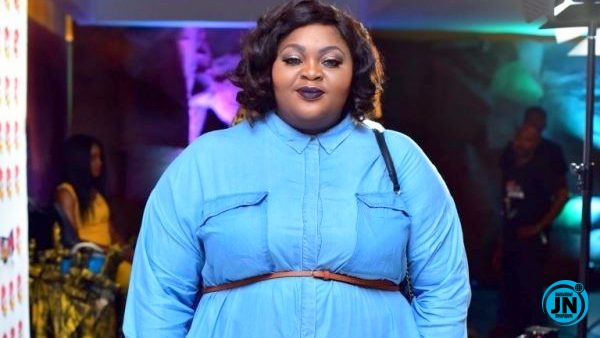 Actress Eniola Badmus [/b]took to social media to brag about her plus-sized body that gets everyone talking.

Recall that a few days ago, the actress uploaded a picture of herself that caught the attention of her followers. But she was trolled mercilessly for intentionally editing her pictures to ensure she looks like she’s on weight loss.

Unarguably, Eniola Badmus has been ransacked with curses and lots of body-shaming comments concerning her weight.

While others claim it is an act of love, others think she deserves it so as to sit upright and take care of her health.

She has proven to be unperturbed and has continued to carry herself with so much confidence and high esteem.

The actress took to her Instagram page to share a photo of herself saying she carries herself with pride and owes no one an apology about her looks.

“I carry this body unapologetically…. Do you agree?

Actress, Ireti Doyle has a message for people who constantly curse Nigeria as a country
“A wealthy woman is nothing without a man” – Actress, Uche Ebere shades Toke Makinwa
‘I am off to party, i can’t come and kill myself’ – Actress, Omotola Jalade
50 years old Nollywood Actress, Shan George, Tries again to be engaged for the 4th time