“I am shameless, but it’s a disgusting behavior to keep asking when I’ll get married” — Toke Makinwa
Posted by

Media personality and vlogger, Toke Makinwa [/b]has slammed those critics who are bent on pressuring her to get married again after her failed marriage. 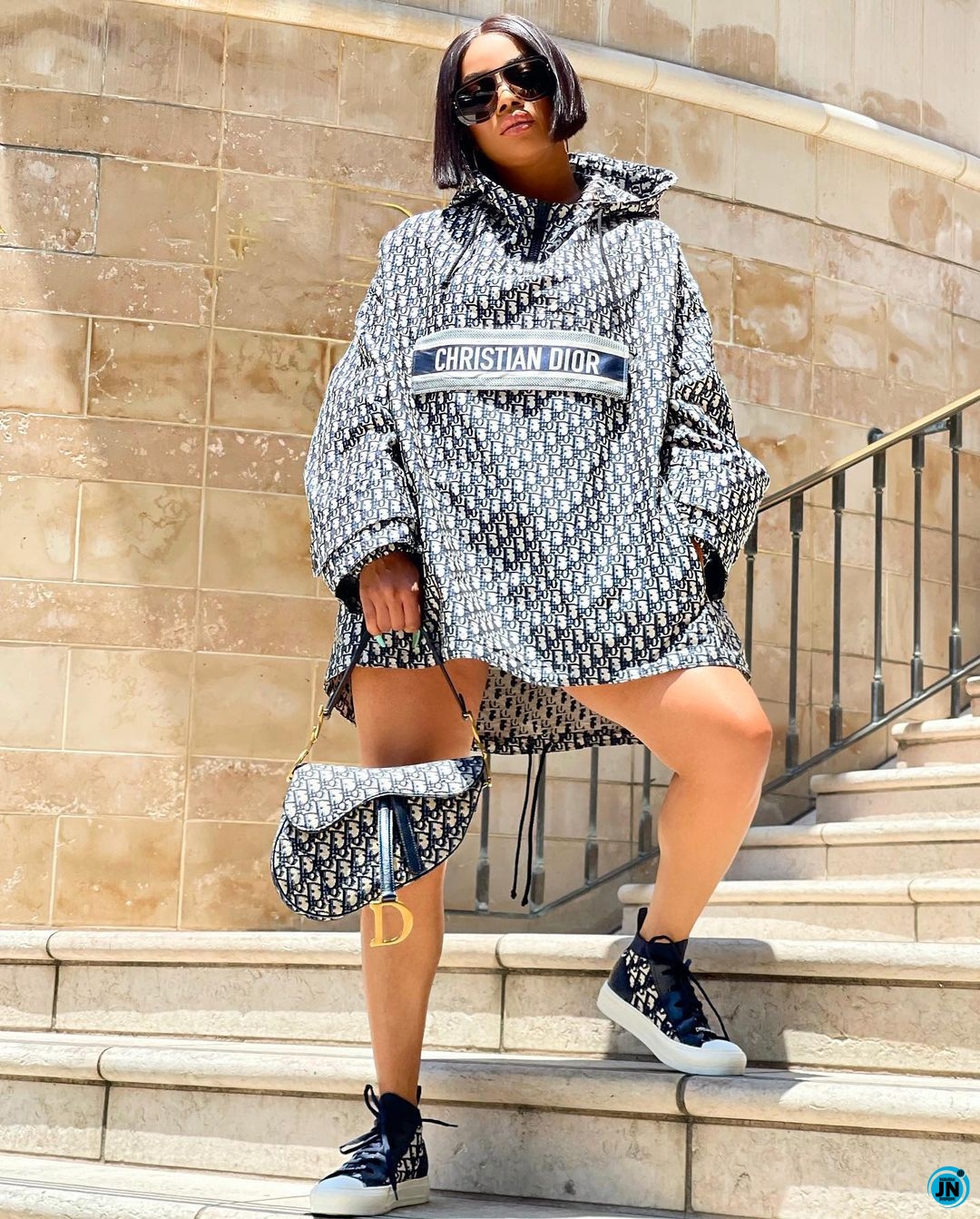 Media personality and vlogger, Toke Makinwa has slammed those critics who are bent on pressuring her to get married again after her failed marriage.

In a video making rounds on Instagram, Toke has issued a warning to those who think they can boss her around to get married again.

According to the vlogger, she’s shameless and as such there’s nothing anyone can do to make her feel hurt.

She further added that it’s disgusting to not just ask her but other single women out there to get married.

“I thought I should have a quick chat with you guys, what am about to tell you guys doesn’t really matter much. Those who know me and has been part of my life will know am very shameless.
I have sold my shame and when you are dealing with someone that is shameless, there little or nothing that you can say that will get to them cos at the end of the day i own my shit.
There absolutely nothing you can say about me that is new I think its actually disgusting when people constantly ask me and other women, when are you getting married”.

“Learn To Give, Especially When You Have” – Davido Tells Fans
“This your love no be God when” – Netizens react as Mercy Aigbe displays barbing skills (Video)
Frank Edoho blasts Buhari for laughing when told that #EndSARS protesters want compensation for families who lost loved ones in the protest
When Chelsea Won The UCL In 2012, See 7 Things That Happened Then, And Has Also Happened Now